Sam Ryder has landed the number one spot with his debut album, There’s Nothing But Space, Man!

The 33-year-old, who famously nabbed second place for the UK at this year’s Eurovision Song Contest, has a lot to celebrate this festive period.

His first album soared up the charts – becoming the first debut by a British male solo star to reach the peak in more than three years.

The Space Man singer was presented with the official trophy in style, live on air on the One Show.

‘We’ve got an early Christmas present for you,’ BBC host Alex Jones cheered. ‘The Official Charts Company has asked us to give you this!’ 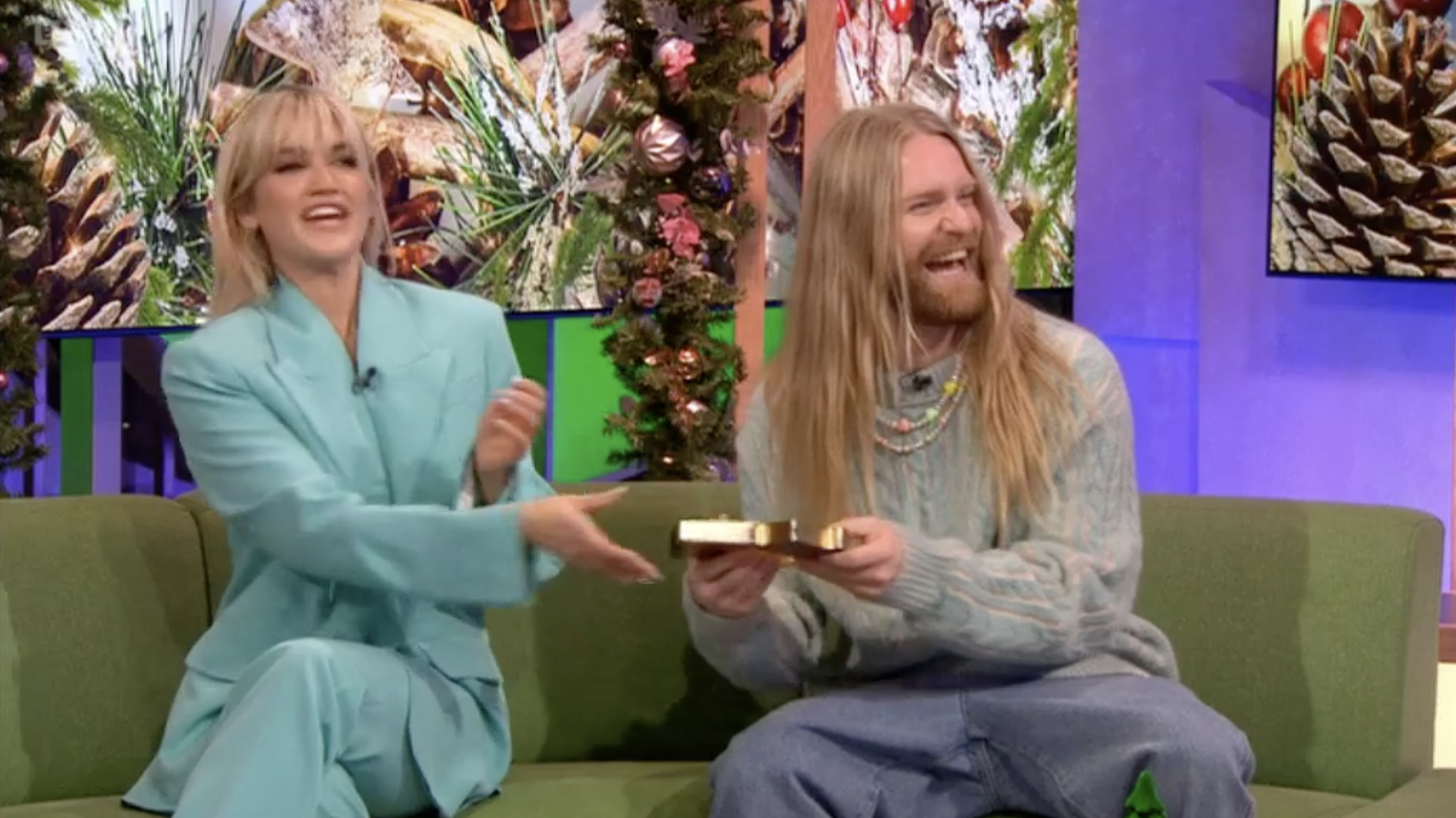 Unveiling the gong from the back of the sofa, she handed it across to the musician, to add to his ever-growing collection.

‘Thank you so much! This is… weighty,’ he grinned.

Speaking of his success, Sam told the Official Charts Company: ‘It looks like Christmas came early, because we achieved a number one record together. Thank you all so much.

‘If you knew the amount of people who’ve worked so hard on this, it’d blow your mind. This is pure collaboration.

‘It couldn’t have been done without so many fabulous, amazing, optimistic legends. I love you, peace.’

Sam managed to fight off stiff competition from SZA’s eagerly-anticipated second album SOS, which was beaten into the second spot.

Festive bop Last Christmas, by Wham!, returned to the top of the singles chart more than two decades after it was first released, boasting a whopping 11.4 million streams.

The charts success rounds off a hugely successful year for Sam, who found fame worldwide thanks to his extraordinary efforts at Eurovision.

After flying the flag for the UK, he performed at the Queen’s Platinum Jubilee concert at Buckingham Palace, as well as a stint at Taylor Hawkins tribute concert at Wembley Stadium – beside Brian May, Roger Taylor and Foo Fighters.

As well as this, he will be hosting a New Year’s Eve special on BBC alongside special guests Mel C and Sigrid.

The One Show airs on weekdays at 7pm on BBC One.