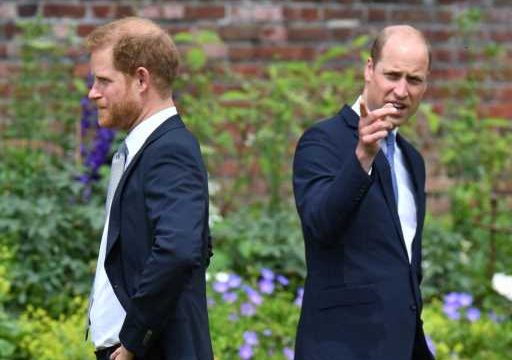 It seems as though the great British Royal family brotherly feud is on pause yet again. No, no one passed away, and there are no dire circumstances, but it is about showing a united front for a cause that’s very dear to both Prince William and Prince Harry.

The two signed a letter together, praising the work of a charity called the Henry van Straubenzee Memorial Fund, which is a non-profit created by the family of their departed friend Henry van Straubenzee. The organization raises money in multiple different ways (including an annual carol service) to support schools, restore and improve buildings, and give children to have better classrooms, to name a few.

The two started the letter obtained by People by saying, “We believe everyone here tonight will agree that what Claire and Alex have achieved since 2009 … is nothing short of extraordinary.” They added, “As you gather under this roof tonight, the charity is supporting 51 nurseries, primary and secondary schools in rural Uganda, where 1,700 projects have been completed and over 35,000 children, each year, are benefitting by receiving [the] education they wouldn’t have otherwise had.”

The letter concluded: “Thank you for your continued support in making this possible, and for the everlasting support of the van family who we all love and adore.”

Now, this charity means a great deal to both of them, with both being patrons and past speakers at their events. So it makes sense that they’d come together to show their support, even if their relationship is as rocky as ever with the upcoming release of Harry’s memoir and Netflix documentary. 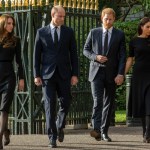 The world has come to know and love Princes William and Harry ever since they were little boys. But as young men, their respective trajectories in the royal family have changed, and royal expert Katie Nicholl knows this all too well. In William & Harry, Nicholl takes longtime royal fans past the palace walls into the lives (and loves) of two young princes — who will one day shape the future of the monarchy. This 2010 book includes insights from palace sources, anecdotes from the princes lives, and more. William & Harry would fit perfectly on the bookshelf of any royal fan.

Click here to see a complete timeline of Prince Harry and Meghan Markle’s feud with the royal family.