Piers Morgan didn’t hold back when ripping into Matt Hancock joining I’m A Celebrity… Get Me Out Of Here! 2022, saying that he hopes the politician ‘stays’ in the jungle.

Yesterday, it was announced that the former health secretary had signed up for the ITV programme, with the MP subsequently suspended from the Conservative Party as a result.

On last night’s Piers Morgan Uncensored, the TalkTV host dished out how he feels regarding Mr Hancock’s latest endeavour, stating that: ‘Few politicians in modern history have failed harder and more often than Matt Hancock.’

Dubbing the politician an ‘attention-seeking, perma-grinning, gopher of a man’, Mr Morgan addressed how Mr Hancock will ‘spend several weeks in a jungle in Australia, pocketing a massive fee on top of his MP’s salary, eating kangaroo testicles for public delectation’.

‘I never thought I’d say this, but I actually feel sorry for the kangaroo testicles,’ he added. 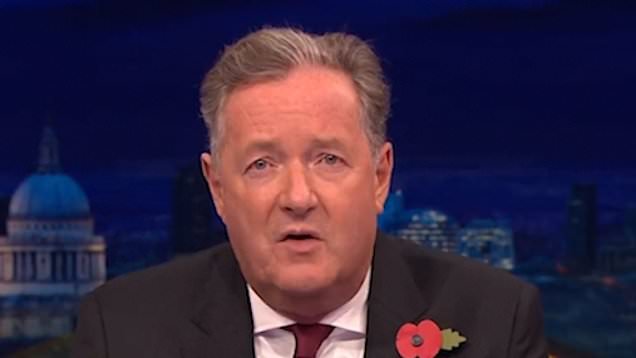 Having spent six years as a judge on Britain’s Got Talent and America’s Got Talent, the TV host said that he knows ‘a thing or two about entertainment TV and talent’, before speculating over the talent that Mr Hancock could bring to I’m A Celebrity.

He first showed a clip of Mr Hancock singing karaoke to Queen’s Don’t Stop Me Now, concluding that he’s ‘not a singer’.

He then questioned if the MP can act – showing the clip from Good Morning Britain in December 2020 when the politician wiped a hand underneath his eye… before chuckling while discussing how ‘tough’ a year it had been for people across the nation during the Covid-19 pandemic.

‘Yeah, not a single tear, was there? I’ve seen more emotion from the waxworks at Madame Tussauds,’ Mr Morgan said, having conducted the interview in question with his former GMB co-host Susanna Reid.

When it came to assessing Mr Hancock’s skills as a politician, Mr Morgan brought up how the upcoming I’m A Celebrity star broke his own social distancing rules when he was caught kissing his aide Gina Coladangelo, while both of them were married.

The TV presenter also addressed Mr Hancock’s claim as health secretary that a ‘protective ring’ was placed around care homes, with Mr Morgan saying there were ‘tragic consequences’.

‘I may shock you now, Mr Hancock, because I’m actually glad you’re going to a remote, tarantula-infested jungle on the other side of the world,’ Mr Morgan concluded.

‘On behalf of the entire British public, I think I’m safe in saying, I hope you stay there.’

Piers Morgan Uncensored airs weekdays from 8pm on ITV. I’m A Celebrity 2022 begins on Sunday November 6 at 9pm on ITV.