Patti LaBelle was visibly stunned when security guards forcibly removed her from the stage during a performance, reportedly amid fears of a bomb threat.

The iconic soul singer, 78, was in the middle of a set at the Riverside Theater in Milwaukee on Saturday night when the show suddenly came to an end.

Footage captured by a concert-goer features the moment LaBelle was speaking to the audience, before several security guards approached her on-stage and spoke to her quietly before pulling her away from the microphone.

Clearly shocked at the interruption, LaBelle dropped the bouquet of flowers she was holding while exclaiming ‘wait’. She didn’t address the crowd again and was hurried off stage with no explanation.

The fan who filmed the footage told Twitter followers: ‘There was a bomb threat. Nobody knew it in the moment. They told us about a minute after they rushed her off the stage.’

Another concert-goer who filmed the aftermath tweeted: ‘We do not know if we go back inside to the venue. It is up to the Riverside Theater if we can go back inside. But right now, everything’s on halt.’ 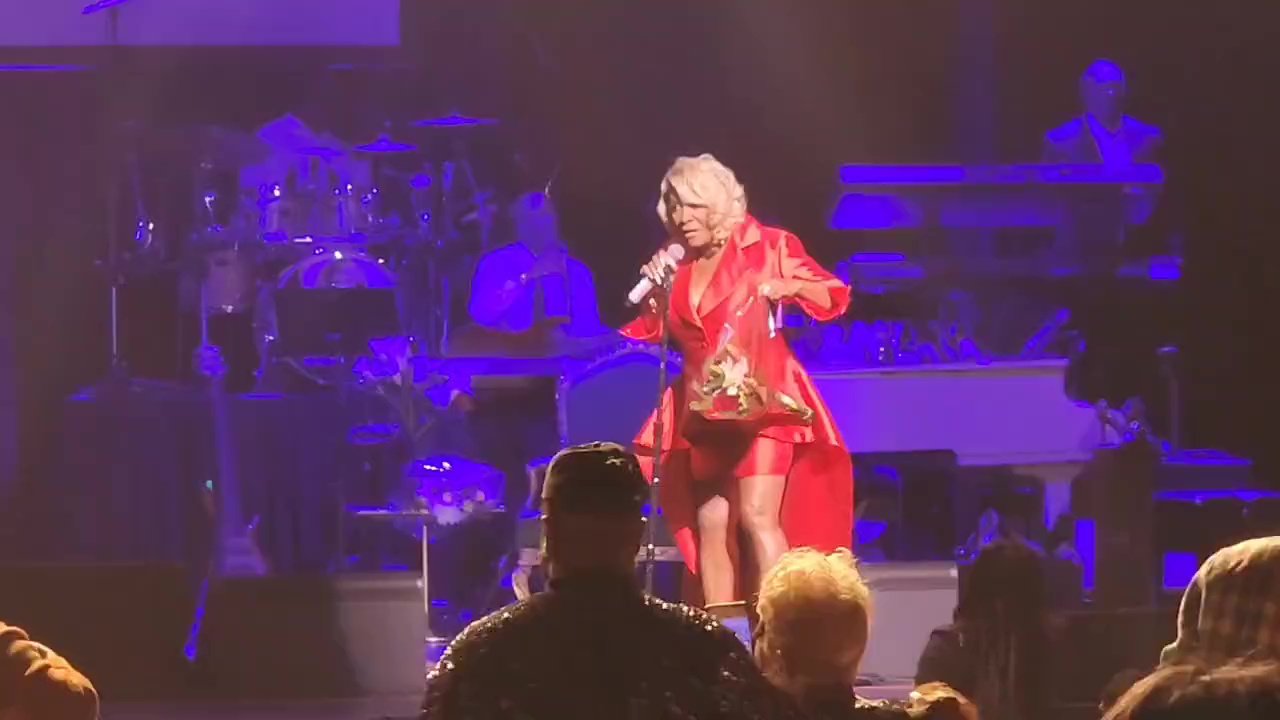 A reporter at the Journal Sentinel claimed to have received an update from Milwaukee Police, which stated: ‘Regarding the bomb threat in the 100 block of W. Wisconsin, all patrons have been safely evacuated.

‘Police are clearing the facility at this time. The investigation is fluid and ongoing.’

LaBelle nor her team has addressed the incident.

According to CNN, the concert promoter Pabst Theater Group said in a statement: ‘Tonight’s Patti LaBelle show at the Riverside Theater has been postponed following a bomb threat investigated by the Milwaukee Police Department.

‘We are thankful for the efforts of the Milwaukee Police Department and our customers and staff for their safe and orderly exit. We are working with the artist to reschedule the show.’

LaBelle, widely regarded as the Godmother of Soul, rose to fame as the lead singer of Patti LaBelle and the Bluebells. They were best known for the hit song Lady Marmalade before splitting, and LaBelle went on to enjoy a successful solo career, with singles such as You Are My Friend, If Only You Knew and Love, Need and Want You which was later sampled on Nelly and Kelly’s hit Dilemma.

Metro.co.uk has reached out to LaBelle’s reps and Milwaukee Police for comment.