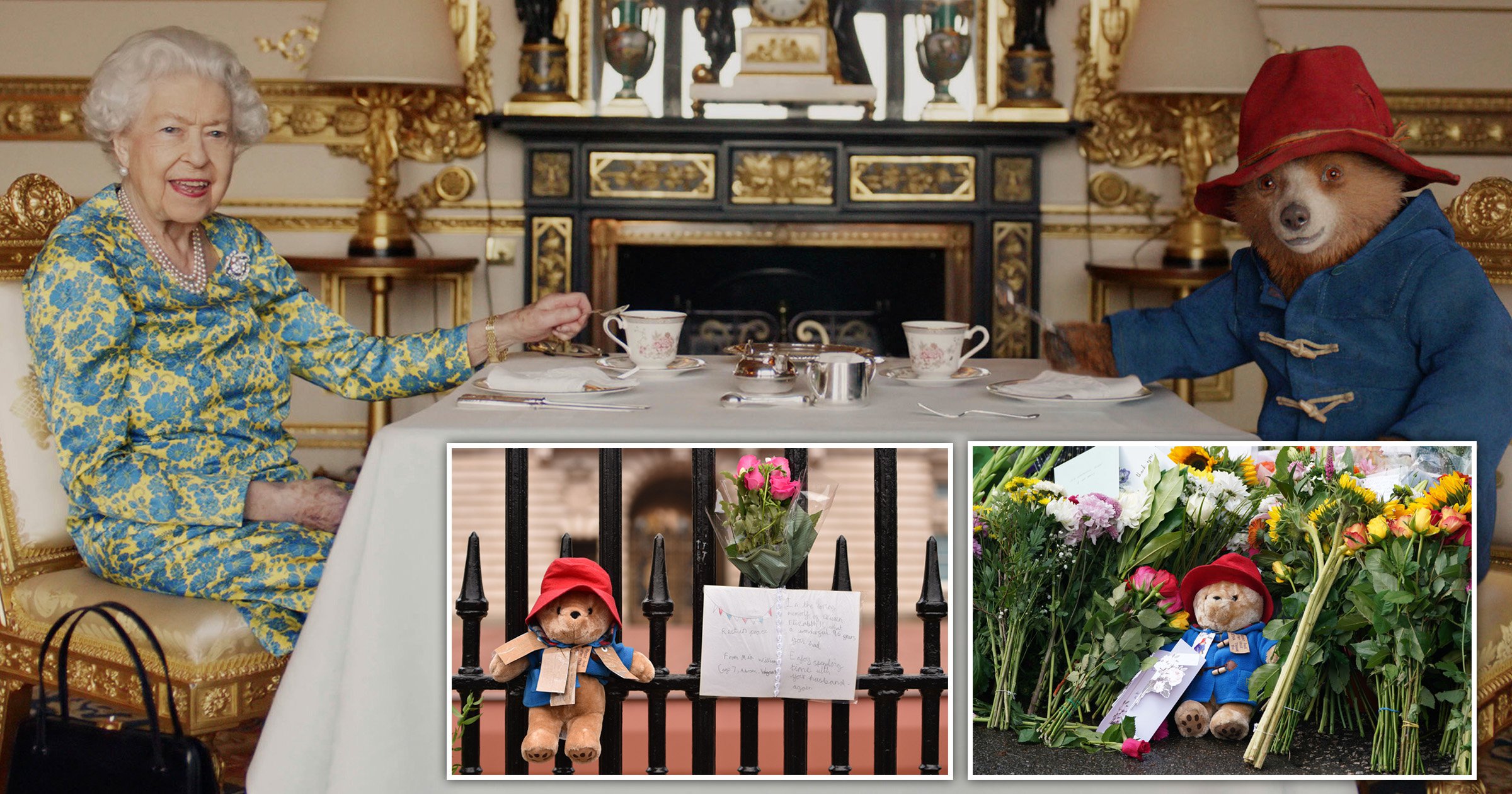 The Queen died on Thursday at Balmoral, aged 96, and since then people around the world have reminisced on her best moments in the pop culture spotlight as they remember her wider legacy.

This includes much-loved British bear, Paddington, who was her surprise co-star in the heartfelt sketch which the Queen took part in during her Platinum Jubilee this year.

Following the news of her death – which came hours after a statement from Buckingham Palace revealed doctors’ concerns for the Royal’s health – the furry character shared a heartfelt nod to his former co-star, and simply tweeted: ‘Thank you Ma’am, for everything.’

Here’s what we know about their quite frankly adorable history together:

The duo first ‘appeared’ together in a book in 1986

Then in 1986, Bond wrote the book, Paddington at the Palace in which Paddington Bear visits Buckingham Palace, where he crossed paths with the Queen. The pair don’t actually meet, though Paddington says he spotted Queen Elizabeth II in the window.

He once again visited Buckingham Palace in 2006, this time in ‘real life’ for a pantomime play called The Queen’s Handbag.

It was held as part of the Children’s Party at the Palace, in honour of the Queen’s 80th birthday celebrations.

Earlier this year, the Queen’s friendship with Paddington was celebrated in an illustration by British artist Eleanor Tomlinson.

The image, which is being shared by fans on social media following Her Majesty’s death, depicts the pair walking hand-in-hand alongside one of the queen’s beloved corgis.

Finally, they had tea and a very special sandwich – together for the final time – in June

In the clip, the duo are sitting down for some afternoon tea with the beloved animated bear.

At one point, Paddington accidentally splattered some food on a butler’s face, before revealing he had a marmalade sandwich stashed away for safekeeping.

The Queen then did one better, unclasping her handbag on the table to reveal she had a sandwich of her own.

The first artist to perform on stage for the Jubilee concert was Queen, with Adam Lambert singing as lead in place of the late Freddie Mercury.

As the music began, the Queen and Paddington tapped their cutlery in time with the music.

Writer of the sketch, Frank Cottrell-Boyce said, ‘when we asked the Queen to tea with Paddington, something magic happened – the most lovely goodbye’.

He wrote for the Observer: ‘It used to be said that millions of people had dreams in which they had tea with the Queen. Even our dream life is going to have to change.

‘Watching her have tea with Paddington will have to do instead. It’s easy to see why that was so powerful. In retrospect, it was valedictory. A woman waving a happy goodbye to her grandchildren and great-grandchildren, an image of love and a happy death.’