BBC royal correspondant Nicholas Witchell has slammed some of the claims Meghan Markle and Prince Harry made in their new Netflix documentary as ‘absurd’.

Their bombshell documentary dropped on the streaming service on Thursday, with three more episodes following next week.

Harry and Meghan have since been accused of wanting to ‘control the narrative’ surrounding their exit from the Royal Family.

Both have stated that the series is an account of their ‘love story’ and explores the impact the press has had on their private lives.

During one scene, Meghan tells the camera that ‘no matter what I did they were still going to find a way to destroy me.’

However, her claims have since been labelled ‘absurd’. 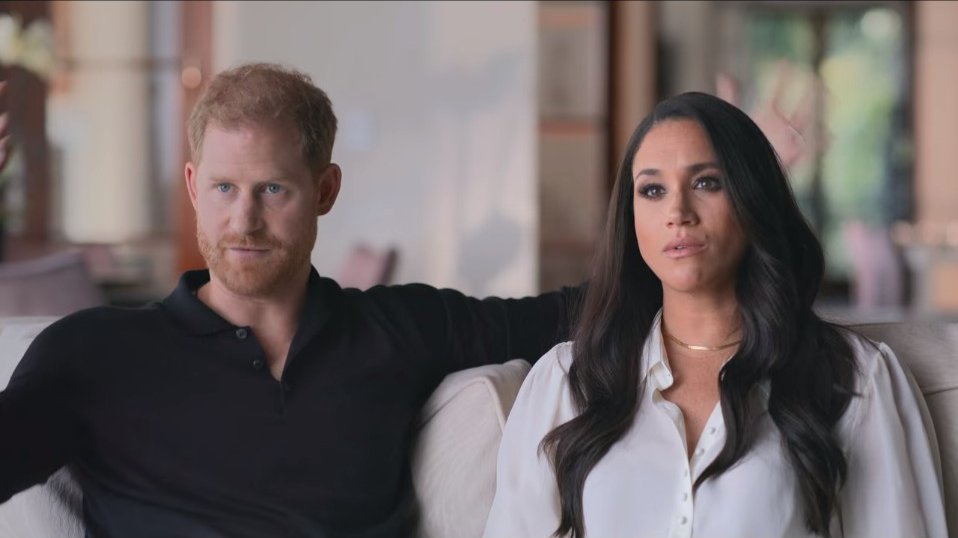 Referring to the allegation, Witchell said: ‘The first point who is the “they” she is referring?

‘I think it is the Palace but most particularly it is to the press.

‘But the idea that anyone was out to destroy her frankly I think is absurd and simply does not stand up to proper and reasonable scrutiny.’

Elsewhere, Radio 4 presenter Mishal Husain defended herself against another allegation made in the documentary by Meghan and Harry, in which they said their engagement interview was ‘rehearsed’.

‘We know recollections may vary on this particular subject, but my recollection is definitely very much: asked to do an interview and do said interview,’ Husain said, referring to her interview with them in November 2017.

In the documentary, Meghan calls that particular interview part of ‘an orchestrated reality show’, and says: ‘We weren’t allowed to tell our story, because they didn’t want it.’

Harry added: ‘We are not allowed to tell our story. That’s true. That’s the consistency.’

Meanwhile, royal warfare broke out yesterday over whether the claims Harry and Meghan made were put to Buckingham Palace for comment.

This was despite the Netflix programme stating in its introduction: ‘Members of the Royal Family declined to comment on the content within this series.’

Though, it’s also understood that Netflix did, in fact, contact representatives of King Charles and the Prince of Wales.

Harry & Meghan is available to watch on Netflix.