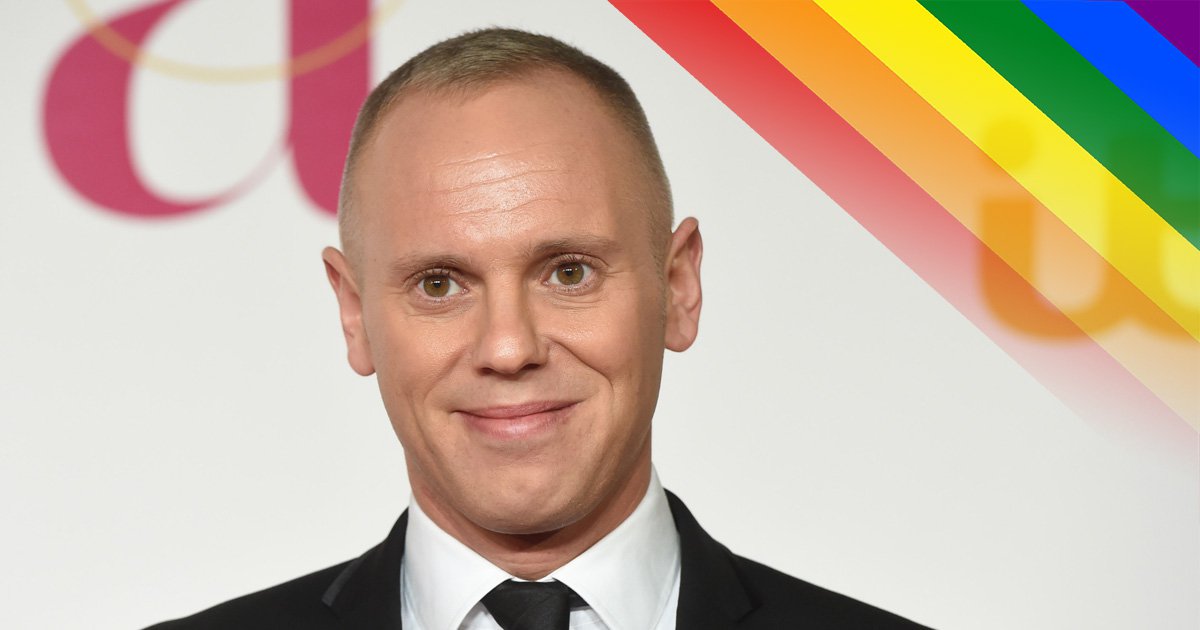 There are many cliched ways that I can describe it, but after coming out, it was as if the sun had broken through and it was shining on me.

Until then, I had been living under a dark grey cloud of fear. It’s hard to understand unless you grew up 80s or 90s, but the level of shame projected onto the gay community had significant repercussions.

Being unable to share your life with your loved ones for fear of the consequences, or having to lie about your sexuality for fear of the professional ramifications, has a profound emotional cost. It is one of the most – if not the most – depleting things you can do.

I was 22 when I decided it was time to tell people. I was partially motivated by not wanting to live a lie – a need to live honestly – and partially because I had fallen in love, albeit unrequitedly.

It’s rare that members of the LGBTQ+ community have a singular moment of coming through the pink curtain jazz-handed – and I was no different.

For me, it was a soft process. Firstly, I told the most important person – my mum. Then, in the ensuing days, I told my other loved ones.

Like I expected, it was received with openness, kindness and unconditional love – with my brother telling me, very genuinely, ‘I don’t care what you are, as long as you don’t support Arsenal’.

It is the biggest privilege of all to have people who love you as you are, instead of in spite of who you are.

Still, it was 2001 and Section 28 – a law prohibiting the ‘promotion of homosexuality’ – was still in force in England and Wales. I am constantly astounded by how different this country is now, but back then societal attitudes about what it meant to be gay wove a dark tapestry.

There were no positive representations at all, on screen or in day-to-day life. There wasn’t even the basic presence of a gay relationship in the form of a relative, family friend, or a couple holding hands in the street.

And on TV, when there were gay characters, national scandal would follow.

After EastEnders aired the first gay kiss to happen on a UK soap (which was on the forehead, rather than the lips), Parliament questioned whether it was appropriate to show in light of the AIDs crisis.

The impact of HIV and AIDs and the fear surrounding it had a huge impact on gay men. It created a dark alchemy where strangers were scared of you and your loved ones were scared for you.

What all this did was create a culture of shame that everyone was a product of. It meant that when you came out, those you told had to contend with everything they’d heard and been fed.

I am incredibly fortunate that I received acceptance almost instantly – and in my mum’s case, within 24 hours.

Because, like everyone else, she had to process what she had been taught and needed to unlearn and adjust her way of thinking. I don’t begrudge her for it – for people from her generation, her reaction was completely understandable.

I knew when I came out that my parents might have to go on a journey themselves. Our parents are not perfect people – and unless you understand that you won’t understand relationships.

Even in families that were ‘tolerant’, LGBTQ+ discussions never took place above a furtive whisper.

At that time, I could never have foreseen how things would change. It is truly astounding how much progress has been made, and how quickly.

For example, in 2008, Barack Obama said that ‘marriage is the union between a man and a woman’, before going on to campaign for it in 2016.

Here, a country that less than 20 years ago didn’t allow people to talk about homosexuality in schools, now teaches LGBTQ+sexual health to students. We have a government and institutions that protect our rights and will defend us.

However, I think because we have gay marriage and equality, in many respects, there is a tendency for complacency – and we can’t let that happen.

Across the world, there are places where being gay is a death sentence. For millions of people, this is their lived reality every day.

In the UK, too, there are people lacking that familial support, LGBTQ+ representation and the freedom to be themselves.

There are those that are still rejected by their communities, whose mental health has suffered, who have become homeless, who have been bullied for their sexuality or gender identity.

For that reason, it is important to be mindful that our work is not done.

So often nowadays, it seems as if people believe they can be an activist just by sitting behind a keyboard on Twitter – and it is important to be an ally and vocal about certain issues online – but it’s as though we have forgotten our community’s history.

I think of my heroes, like Peter Tatchell, who put his body and life on the line for the advancement of rights.

I think of my mentor, Malcolm Bishop, who served as a Deputy High Court Judge and a Queen’s Counsel. Malcolm and his partner Anthony – who was tragically killed in 2019 – lived their life in honesty before being gay was legal and were together for 51 years.

They paved the way for those after them and lived their lives outside the rules and shame that society hoisted upon them.

We should be thankful to them and reflect on their courageous activism to help shape our own.

Because while we have inclusivity, what we should be aiming for is indifference to someone’s sexuality. Get rid of ‘tolerance’, I don’t like the word; you tolerate people who fart, it doesn’t mean it’s a good thing.

Currently, people still have preconceived notions and prejudices about different sexualities. I’ve lived abroad and have worked with those who have never met a gay person before and they were cynical of my sexuality.

Instead of cutting them out of my life straight away, my priority was finding out where they got their attitudes from.

No one is born homophobic; what had they been told that made them think this way?

I knew that society had shaped their way of thinking, so I wanted to present myself as a counter-narrative. When you see someone modelling a life you respect, filled with happiness and joy, it’s the most powerful example of all.

Now, those strangers who I once thought of as ‘softly homophobic’, are great friends.

It’s important to give people the chance to reflect, change and grow.

That’s why I am concerned about social media activism. So often the reflex is to shut homophobes down, rather than engage with them and offer the opportunity for change and rethink what they’ve been taught.

I’m sharing my coming out story because I want both LGBTQ+ and straight people to know how joyous life can be when you are true to yourself.

I am proud that we have reached the stage where if you share your truth with your loved ones, it is likely to be a good experience. For those that don’t have that support, they have a burgeoning community to turn to.

For now, we need to frame coming out stories in positivity as it might make it safer for someone else to live without secrecy and fear.

There is nothing more freeing than decloaking yourself from shame and terror and stepping into the sunshine.