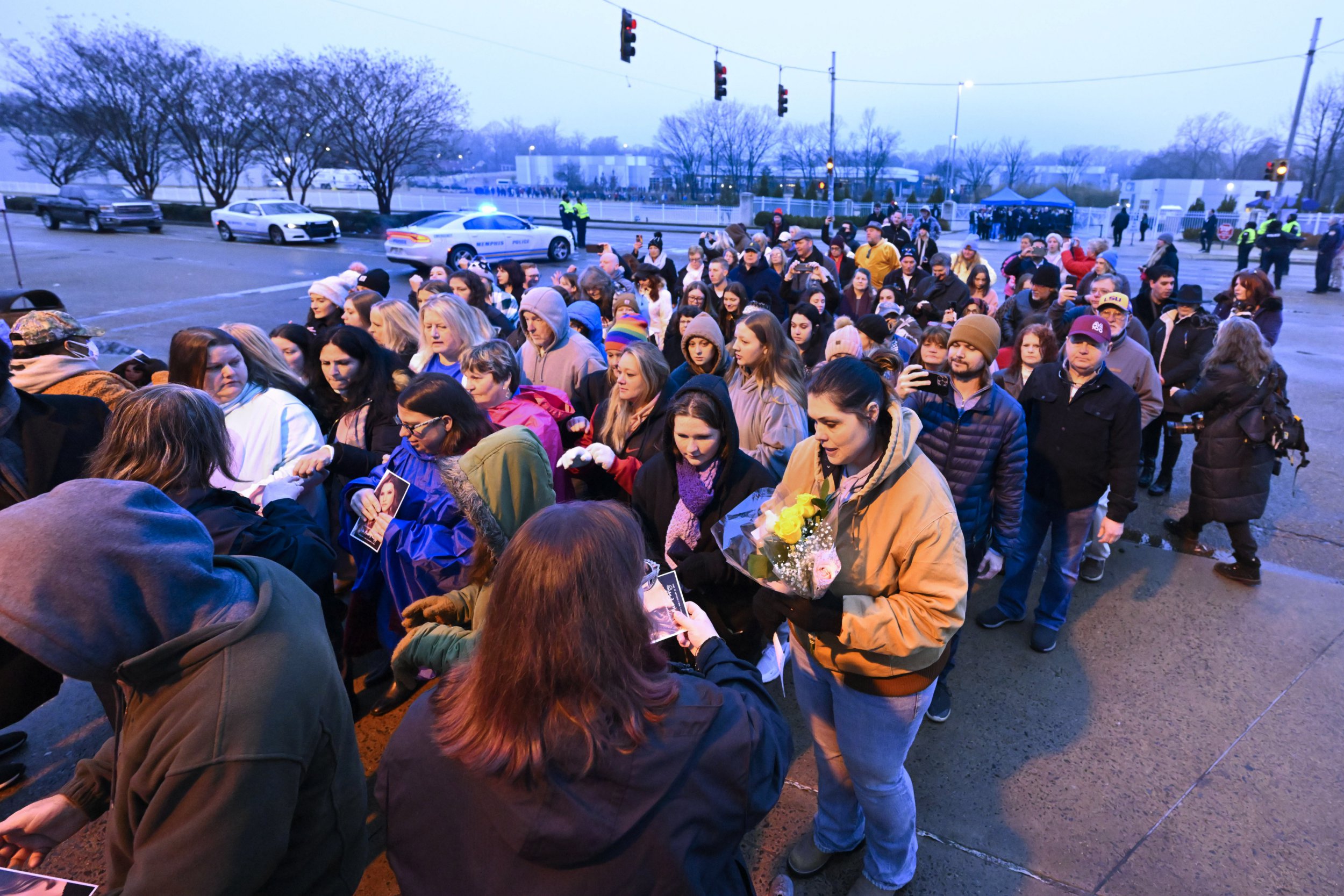 Mourners have flocked to Graceland to honour Lisa Marie Presley in a public memorial following her death.

The singer died on January 12 after being rushed to hospital in cardiac arrest, just two days after attending the Golden Globes.

Her mother, Priscilla, later confirmed that her daughter had died at the age of 54.

Tributes have since poured in in their thousands, with stars including Austin Butler – who played her father Elvis in the recent biopic – and director Baz Luhrmann expressing their sorrow.

Presley will be buried at Graceland, the mansion in Memphis, Tennessee where she was born and which she inherited from her father following his death.

It is also where her son, Benjamin Keough, is buried, following his death by suicide in 2020 at the age of 27.

Following Presley’s death, the sprawling 13.8-acre estate in will be split between her 14-year-old twins and her actress daughter Riley.

In celebration of her life, a service is taking place on the front lawn of the famous estate and members of the public have been invited to attend the event, with an online live-stream also available.

Jason Clark and The Tennessee Mass Choir opened the proceedings with a powerful rendition of Amazing Grace.

Filmmaker Joel Weinshanker then said Presley requested for her funeral to ‘not be sad’ and that they will try to honour her wish in the proceedings.

This was followed by Pastor Dwayne Hunt delivering a prayer, saying: ‘While her light has gone out, she leaves this light to her children and her mother so that they can rise above the darkness of this grief.

‘Let them be strengthened by the presence of the many who have gathered today to share their sorrow. Even in this time of pain, we are grateful for the beautiful gift that was Lisa Marie.

‘Her passion, her strength, her brilliance and her tenaciousness. And let the memories share today and the word spoken today bring joy to our hearts.

‘May we all experience your peace in our pain, your healing in our hurt, your light in our darkness, in the name of this place where we stand in Graceland reminds us to be thankful for grace that gives us strength even in our weakness.

‘So, let immeasurable love abound in this place and make her peace abide in our hearts, Amen.’