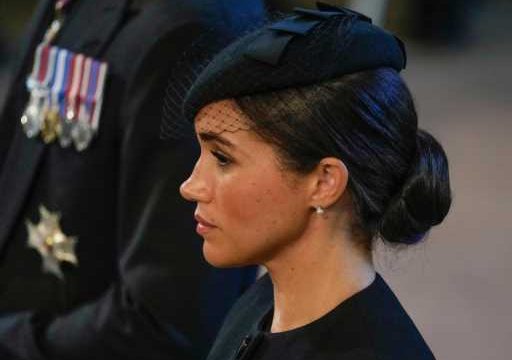 Meghan Markle paid tribute to the late Queen Elizabeth II in more ways than simply attending the monarch’s funeral events and honoring her on The Archwell Foundation website.

At the procession of the Queen’s casket from Buckingham Palace to Westminster Hall on Wednesday, Meghan wore a simple and elegant black coatdress and fascinator with her hair pulled back in a polished bun. As a nod to the monarch, Meghan also wore a pair of diamond and pearl drop earrings the Queen gifted her in 2018 during their first solo outing together.

The month following her wedding to Prince Harry, Meghan joined Queen Elizabeth for a 200-some mile trip on the royal train to Cheshire, during which the two women connected with community leaders and enjoyed a performance by local schoolchildren.

The Queen was known to be partial to pearl accessories, and the earrings she gifted Meghan looked similar to a larger pair of her own.

The new Princess of Wales, Kate Middleton, donned an accessory she was gifted by Queen Elizabeth as well: a pearl-laden, shamrock-shaped brooch the Queen received during a trip to South Korea in 1999.

Other symbolic moments of the day included the Queen Consort, Camilla, riding in a car with Princess Kate, making a show of their status as the two highest-ranking women in the royal family.

King Charles, Princess Anne, Prince Edward, and Prince Andrew followed the Queen’s casket during the procession through London, all wearing military regalia except Andrew. Princess Anne, though never having served in the military, wore a uniform along with her brothers — the first time in history a royal woman has done so during a monarch’s funeral.

Prince William and Prince Harry followed behind, with William in full regalia and Harry in a morning coat.

The Queen’s casket will reside at Westminster Hall for five days, during which the public may pay their respects before Her Majesty’s state funeral on Monday, September 19.

Before you go, click here to see our favorite of Queen Elizabeth’s fashion moments! 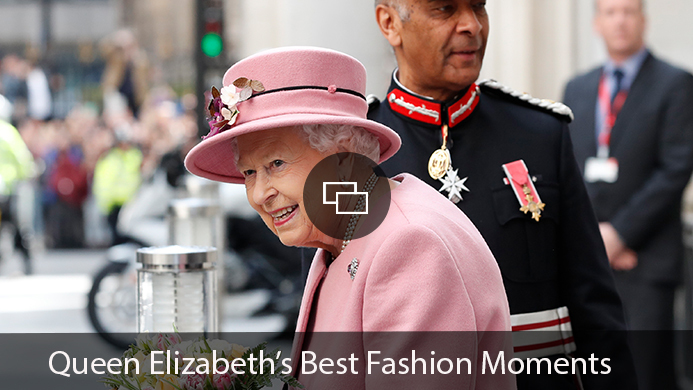