In 1995, Lisa Wippler, having recently retired from the Marines, moved with her husband and two young sons to Oceanside, Calif., and was contemplating her next chapter in life. The answer came while lying in bed one night, reading an article about infertility.

“I had no idea how many couples out there needed help,” she said. Inspired, she sought out a local support group for women who had served as surrogates to help those who can’t have children on their own start families. “It was this amazing circle of women,” said Ms. Wippler, who is now 49. “All talking about their journeys and their stories.”

Last year, Ms. Wippler — by this point a three-time surrogate herself — was part of a delegation of surrogacy advocates who traveled to Albany, where she had the opportunity to share her story with lawmakers considering whether to legalize the practice in New York State. She was joined by the first woman she carried a child for, in 1996, who spoke with state legislators as well.

“I had never heard her talk so openly about her struggles and the impact this all had on her,” Ms. Wippler said. “I was so proud — it really had an impact on me.”

In her advocacy work, Ms. Wippler said, she has been befuddled to hear the arguments put forward by opponents — some of whom contend the surrogacy industry preys on poor and vulnerable women.

“I’m a retired Marine,” she said. “I can guarantee you no one coerced me.”

Starting Monday, after a protracted battle in the state that garnered star power and attention on both sides, New York joins most other states in the nation in permitting some form of compensated gestational surrogacy — when a woman carries a child, to whom she is not biologically related, for an individual or couple in exchange for a fee. (Only Michigan and Louisiana will continue to criminalize gestational surrogacy, as New York did, but other states still limit surrogacy contracts in some form.)

While the United States remains one of the few countries where gestational surrogacy is legal, and widely practiced, it continues to be a source of heated debate. Often missing from the conversation, however, are perspectives of women like Ms. Wippler — and the varied, sometimes deeply personal, reasons that compel them to become surrogates. 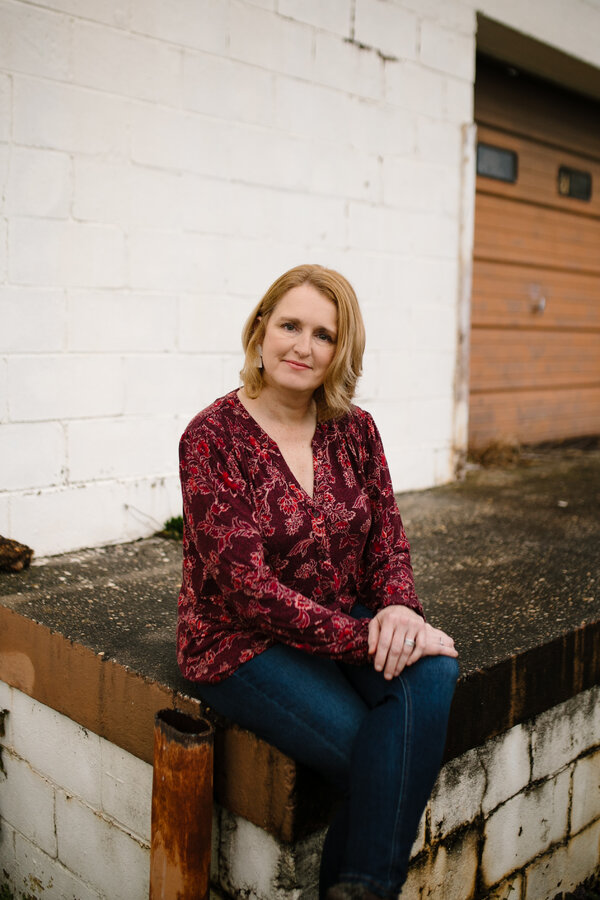 When Ranetta Meade was 8 years old, she was diagnosed with lupus, a chronic autoimmune disorder that eventually left her unable to conceive or carry children. She nonetheless hoped to start a family one day, and asked her younger sister, Aretha Cagno, to consider carrying a child for her.

“It was her dream to become a mom,” said Ms. Cagno, 33, of Bristol, Conn. “I said, ‘Of course, I’ll carry as many as you want.’” Unfortunately, she never got the opportunity. In 2007, her sister died due to complications from her illness.

Ms. Cagno later married and started a family of her own, but never forgot the promise she made to her sister, and looked into surrogacy as a way to celebrate Ms. Meade’s memory. “What better way to honor her than to help someone else start their family?” she said. Ms. Cagno has since carried and delivered two children for a single gay man living in New York.

The legacy of ‘Baby M’

Compensated traditional surrogacy — when a carrier uses her own eggs and is genetically tied to the resulting child — will remain prohibited in New York. Though not as commonly practiced, this form of surrogacy is often better known among those familiar with the “Baby M” case from 1986, when a traditional surrogate claimed parentage of the child she carried. A messy legal battle ensued, and state lawmakers across the country, including those in New York, were prompted to pass laws prohibiting all forms of compensated surrogacy, including gestational.

Ashley Montez, 32 — a first-time gestational surrogate who is currently 28 weeks pregnant with a baby intended for a gay couple based in Switzerland — said acquaintances often ask if she, too, will have difficulty parting with the baby she is carrying, from an embryo created with a donor egg. “I’m a fairly emotional person, but from the beginning, I was prepared for this,” she said, noting the industry is more developed and regulated since the “Baby M” days. “I knew going into this that this is not my child — I’m just helping him grow.”

There is a long-standing stereotype that surrogates are attracted to the work because they are financially vulnerable, inspired in part by the experience of some surrogates abroad. A surrogate’s compensation varies by a number of factors, including geographic location and whether she is a first time or experienced carrier. At the Los Angeles-based agency where Ms. Wippler now works as the director of surrogate admission, the range falls between $30,000 and $60,000, which is typical across the industry in the United States, she said.

It would be disingenuous, Ms. Montez said, to claim compensation played no role in her decision to become a surrogate. “But it’s really just there to make sure I’m financially stable during this time,” said the mother of two, who lives with her family in the Bay Area.

Her real inspiration, she said, came as a child, after witnessing a surrogate carry twins for her aunt, who struggled with infertility.

“Those are my cousins — they wouldn’t be here without that lady who opened up her heart,” Ms. Montez said. “It’s hard to put into words the feeling you get helping another family come to life.”

Only a fraction of applicants qualify

That gestational carriers tend to be so altruistic by nature is not, as it turns out, by accident — they are carefully vetted that way, said Ms. Wippler.

Though the surrogacy industry remains loosely regulated by the federal government, it has come a long way since “Baby M.” Reputable agencies adhere to guidelines put forth by the American Society for Reproductive Medicine, or A.S.R.M. Applying these standards, along with those imposed by her own agency, means few applicants make it through the screening process. Out of the 300 to 400 candidates her agency receives each month, Ms. Wippler said, only 1 to 1.5 percent are accepted.

Candidates are disqualified for any number of reasons, the most common resulting from a health screening. A.S.R.M. guidelines say surrogates should be between 21 and 45 years old, have carried at least one child to term without major complications and maintain a healthy body-mass index. But the guidelines also require surrogates to undergo psychological screening — a process that closely examines a candidate’s motivations to pursue work as a gestational carrier.

Applicants who are deemed overly dependent on the compensation provided, including those who receive government assistance, are screened out as surrogates. “We always go back to a ‘do no harm’ mentality,” Ms. Wippler said, noting that if a candidate receives food stamps or Medicaid, the payment provided for surrogacy would in many cases cause them to lose eligibility for those benefits.

An applicant’s family members are also screened to ensure they are supportive. Aretha Cagno said her husband and children — who are 12, 9 and twin 6-year-olds, plus a baby due next month — have from the beginning been “100 percent supportive” of her work as a surrogate. As is fairly common in surrogacy arrangements, her family has grown close to the man she carried for and the two resulting children, a 2-year-old and 11-month-old. She noted that the families would get together in person frequently before the pandemic.

The physical toll of surrogacy

A surrogate pregnancy presents some unique challenges for the women who make it through this rigorous screening. Having been selected, in part, for the relative ease of their pregnancies, most have not experienced getting pregnant with the aid of reproductive technologies. The daily hormone injections that carriers must self-administer in the weeks leading up to an embryo transfer often result in side effects, like body aches, nausea and fatigue. This aspect, alone, should dissuade anyone from pursuing a surrogate pregnancy “just for the money,” Ms. Cagno said. “It’s painful at times.”

Then there are the risks associated with any pregnancy, some of which surrogates may not have previously experienced while carrying their biological children. Niki Renslow, 35, who lives with her husband and three children in Buckeye, Ariz., first began to consider surrogacy after conversations with some of her gay male friends. “A lot of them would be like, ‘I want to have a family with my own blood, but I don’t know what to do,’” Ms. Renslow said. “And I’m thinking, yeah, wait, what are you going to do?”

Carrying and delivering her own children had been “flawless” experiences, she said, so she broached the idea of becoming a gestational carrier with her husband. “If we can help other people who this doesn’t come as easy to, why not?” they agreed.

Her experience with surrogate pregnancy, for a gay couple living in France, proved far more difficult — it included two miscarriages; a subchorionic hematoma, which is a pregnancy complication that caused daily bleeding throughout her first trimester; and an emergency cesarean section to deliver premature twins at 32 weeks.

Today, Ms. Renslow works for a Maryland-based surrogacy agency screening potential gestational carriers and uses her story as something of a cautionary tale to ensure applicants are aware of the risks involved. Even with these complications, however, she tells candidates the experience can be a “magical” one.

“It’s truly incredible to see these parents hold this baby that they’ve wanted for so long in their arms,” she said. “It’s the best day of your life.”

David Dodge is a freelance writer focusing on L.G.B.T.Q. issues and non-traditional families.