The moment everyone has been waiting for? Almost! Max (Ryan Eggold) finally tells Helen (Freema Agyeman) how he feels about her during the Tuesday, June 8, season 3 finale New Amsterdam … over a voicemail.

Fan-Favorite TV Couples Who Didn’t End Up Together

“Hey, it’s me. I miss you. I can’t keep you out of my head, it’s very distracting,” he says in Us Weekly‘s exclusive look at the finale’s cold open, during which Max attempts to go through his daily routine while his message for Helen plays. “We said things to each other that were just the beginning and we never quite … anyway, now you’re gone and it feels like it’s been forever. I really need to see you. I need to talk to you. I need to be with you in all the ways that I’ve been dreaming of.” 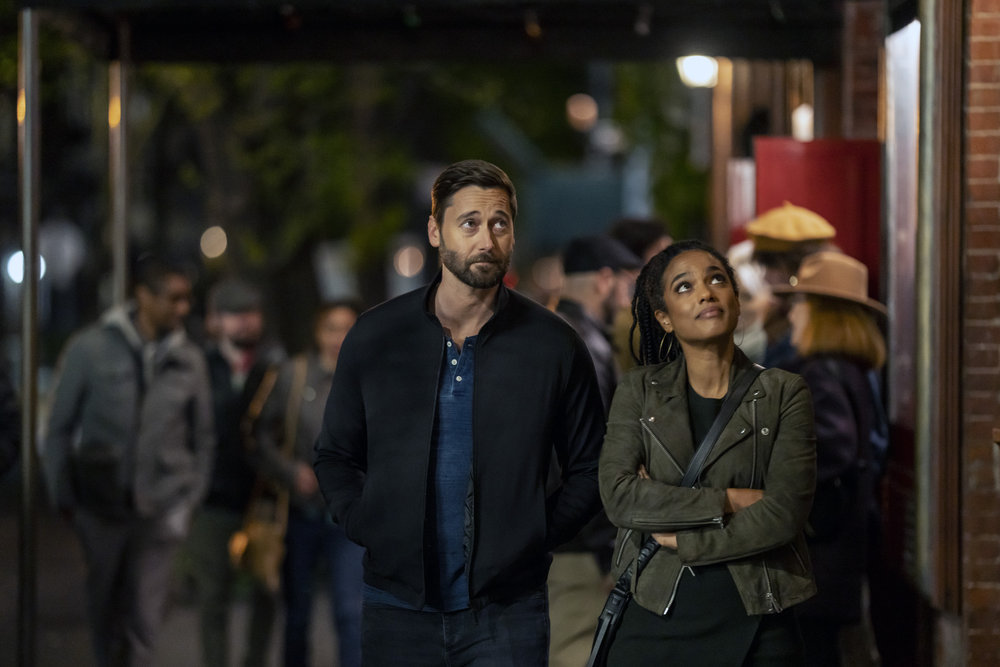 In the clip, he enters a brain scan, but it’s quickly revealed only to be a six-month checkup and he’s completely fine. While at first looking relieved, his expression then turns to worry when he gathers his things from the hospital room: His wedding ring is missing from the bowl.

The tension between Max and Helen has been building for years but has been even more prominent during season 3 following the death of his wife.

“I just felt like it was time. I was so ready for these characters to go one way or the other,” Eggold, 36, told Us exclusively ahead of the finale. “We had built so much tension between us and the way that Freema and I get to play onscreen sometimes with these beautiful scripts is a lot of fun.”

In March, the Blacklist alum noted that Max is still coping with the “devastating” death of his wife and the mother of his child. Whether Max is actually ready to move forward with another real relationship is still up in the air.

“That’s the question,” Eggold told Us at the time. “Having to be a single father without her obviously takes a huge toll and I think he sort of stepped out a little bit in dating with Alison [Luff]’s character at the end of last year, and he wasn’t quite ready. … I also think he — like any of us — wants to figure that out, and particularly, perhaps [find] someone to be a mother to Luna. He doesn’t want to be a single dad forever. I think it’s something he wants to figure out quickly, but certainly is going to struggle with.”