“Seed of Joy,” Marc Scibilia’s new album, is a series of musical ruminations on a turbulent time in the singer-songwriter’s personal life. The biggest surprise is that most of it was written before COVID-19 was declared a pandemic.

His current single, “Rivals,” is a standout on the deluxe edition of “Seed of Joy,” unveiled last month. Scibilia wanted the song to evoke a moment of self-realization he experienced while on tour in Germany with musician Robin Schulz in 2017.

“We were playing these massive arena shows,” he added. “I’d had success up to that point, but in terms of the scale of touring I was doing with [Schulz], I was like, ‘Wow, this is really close to the top.’ But it reminded me that the things I really wanted and were most important to me, the things that have no rivals ― my family, my friends, my wife ― I’d actually had all along.”

“Seed of Joy” is Scibilia’s third full-length album and the follow-up to 2015’s “Out of Style.” Lyrically, its 13 songs were inspired not by COVID-19 but by two milestones in the 34-year-old musician’s life: the birth of his now-2-year-old daughter, Naomi, and the death of his father, Robert, in January 2020.

Yet, as “Rivals” suggests, the overriding vibe of “Seed of Joy” is one of reflective optimism as opposed to pandemic-driven melancholy. Opening track “Wild World” is lush with Sufjan Stevens-style harmonies, while “90’s” updates the playful nostalgia of Bruce Springsteen and John Mellencamp for a millennial audience. Many of the album’s quieter moments, like the tender “Tomorrow” and the guitar-driven “Good Times,” are also its most compelling.

Collectively, “Seed of Joy” reaffirms Scibilia as an introspective songwriter with a knack for crafting melodies out of personal hardship. For those who have followed him since the early days of his career, however, this shouldn’t come as a surprise. He first registered in mainstream consciousness in 2012 when his song “How Bad We Need Each Other” was featured on the Fox series “Bones” and, later, on MTV’s “Celebrity Rehab With Dr. Drew.” 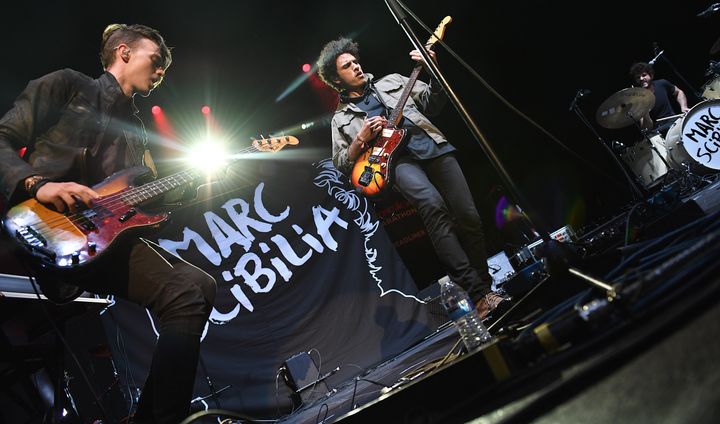 His star continued to rise three years later when he scored one of the most Shazam-ed moments of Super Bowl XLIX with his cover of Woody Guthrie’s “This Land Is Your Land” featured in a Jeep commercial. And in 2016, he re-worked John Lennon’s holiday classic “Happy Xmas (War Is Over)” with Lennon Stella of ABC’s “Nashville” and the Canadian country-pop duo Lennon & Maisy.

Since then, Scibilia has maintained a respectable, if under the radar, profile in the national music scene. In 2017, Demi Lovato listed his song “Summer Clothes” ― an acoustic version of which appears on “Seed of Joy” ― as the last thing she’d Googled in a Hollywood Reporter interview. And his social media presence is also a delight, whether he’s grilling an impressive cut of meat in his backyard or joking about the informality of his at-home attire.

Whether “Seed of Joy” garners Scibilia a larger following, of course, remains to be seen. If all goes according to plan, he’ll soon be able to present the new music before a live audience. For now, however, the album’s success “is just that it exists,” he said.

“Fortunately, I’ve been able to say that, up to this point, everything I’ve done is the best thing I’ve ever done, but it’s not the best thing I’ll ever do,” he explained. “I made it for my dad. It’s not something I was trying to conquer the world with. I feel like I’m one step closer to a singular vision that encapsulates who I am and who I want to be as an artist, but I still have places I want to go.”