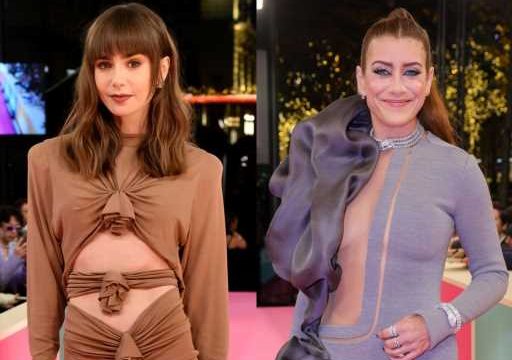 Emily in Paris season 3 is almost upon us! In anticipation for the new season, which premieres later this month on Dec. 21, the cast of the Netflix hit showed up and showed out at the show’s Parisian premiere on Dec 6.

“I can’t wait for people to see it,” Kate Walsh, who plays Madeline Wheeler on show, told SheKnows last week. Walsh continued, “More gorgeous locations, more fabulous costumes, the storylines are great.” The actress, who also stars as the iconic Addison Montgomery in Grey’s Anatomy, also teased that the new season is “bigger and better and more fabulous.”

Fellow costar Ashley Park, who plays Mindy Chen on the show, previously told SheKnows what to look forward in the upcoming season. “I think that we get to see a lot of more of [Mindy] really figuring out ‘What is my dream? What am I running away from? How do I infuse that into who I actually am?’” the actress said, noting that the season will see her character “take ownership of what she wants in life personally and career wise.”

Alongside Walsh and Park, the show also stars Lily Collins, Lucas Bravo, Philippine Leroy-Beaulieu, Camille Razat, Lucien Laviscount and many others. In a nutshell, the show follows Emily Cooper (Collins) and her ever-changing professional and love life as she moves to Paris for work.

With so much to look forward to in the new season, we can’t wait for it to air in a few weeks. In the meantime, check out the looks from the show’s biggest stars and some familiar faces below.