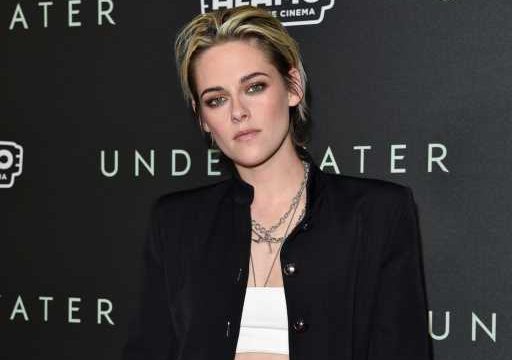 K-Stew as Princess Di? Many royal watchers were doubtful that Kristen Stewart could pull off playing Princess Diana in the upcoming film, Spencer. Now that the first-look photo has dropped on the internet, those critics are quickly being silenced — because the two women look like twins! See for yourself:

The picture shows Stewart glancing out the window mimicking the Princess of Wales’ signature head tilt and shy glance. The actress sports the ’80s layered haircut that Diana favored and she’s dressed impeccably in a tailored black silk shirt with a pussy bow, red jacket, and black fascinator. If we didn’t know this was a glimpse of the movie, we would have thought it was a throwback photo of the princess.

The storyline of the film is intriguing because it will revolve around one weekend in Princess Diana’s life, which was the pivotal time she decided to leave her marriage to Prince Charles. Filming for Spencer just began this week and the movie is expected to be released in 2022 — timed to the 25th anniversary of her tragic passing.

We can’t wait to see the film because it’s directed by Pablo Larraín, who described the story to Deadline last year. “It’s about finding herself, about understanding that possibly the most important thing for her is to be well, and to be with herself and by herself,” explained. “That’s why the movie is called Spencer, which is the family name she had before she met Charles… it’s a romantic story of a woman going through difficult times who finds the light and the solution.”

Larraín, who’s known for his biopics, also got a spectacular performance out of Natalie Portman in Jackie in 2016. Portman embodied former First Lady Jacqueline Kennedy, so it’s only natural to expect something equally as magical from Stewart.

There’s no word on how the royal family feels about the upcoming movie, but like The Crown, they may object to how some of the details are fictionalized for Hollywood purposes. For Prince Charles, it’s another reminder that the treatment of Princess Diana and her untimely death still casts a shadow on the royal family.

Before you go, click here to see the best photos of Princess Diana playing with William and Harry.