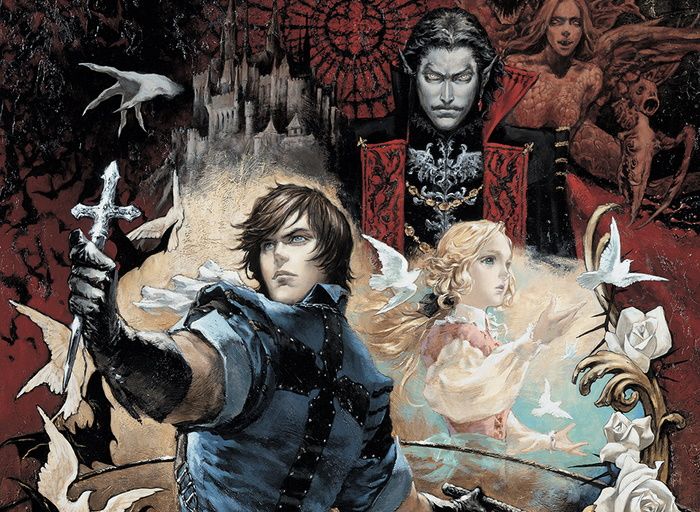 A reader suggests that the best way for Konami to revive the Castlevania franchise is to use Dark Souls creator From Software.

So I guess there are a lot of people at Konami now, desperately hoping that fans still care about Silent Hill, eh? I still can’t quite believe that they’ve announced so many new games for a franchise that has never been a big seller, and all because someone wants to make a new film out of it? Or at least that’s the impression I get, of why they’ve suddenly decided to do all this.

Perhaps there’s more to it though, because the huge success and multiple series of Castlevania on Netflix certainly don’t rouse them to do anything new with that, considering we haven’t had a proper new entry since 2014. Admittedly, it’s still never been that big, at least not since the 16-bit era, but at least ordinary gamers have heard of it and the whole Metroidvania genre is bigger than ever right now.

I’m willing to bet not many casual gamers had heard of Metroid either, certainly not outside of the Metroid Prime games, and yet Metroid Dread was a big hit, both critically and commercially. I believe a big budget Castlevania could be as well, even though it’s a difficult genre to make work in 3D.

Batman: Arkham Asylum is still the best example, if you ask me, but unfortunately developer Rocksteady is owned by Warner Bros. (although some of their top people did recently leave to make their own company).

Maybe that could be an option but my choice for developer is one I think many people have considered over the years: FromSoftware. The makers of Dark Souls, Bloodborne, and Elden Ring are super hot at the moment but I believe they could make not only a great Castlevania but the definitive 3D Metroidvania.

A lot of their games are skating around the edges of Metroidvania already, and not just because they all have whips in them. Bloodborne in particular is so close to being an actual Castlevania, in look and feel if not some of the gameplay, that it’s very easy to imagine how an official game could work.

The thing with Castlevania though is that it’s a bit goofier than From’s usual games, or at least not as serious, and isn’t famous for being really hard, so this could be a chance to see what an easy(ier) From game looks like, without it seeming like a cop-out. That alone seems exciting to me, as well as seeing all the classic enemies in 3D and what a From style boss could be like in a Castlevania setting.

And the music, just imagine the music! A mixture of classic tunes and new ones… it’s not just me, right? This whole concept seems like a no-brainer.

I don’t suppose there’s that much chance of this happening, although From have done work for hire games before and since Castlevania has been an obvious influence on them I’m sure they’d be interested to some degree.

It’s so important to get the right developer involved with a project like this and I think the main concern for Silent Hill fans is that Konami has picked either a bunch of nobodies or studios that are downright bad. So for Castlevania, how about picking the best in the world right now?

The reader’s feature does not necessary represent the views of GameCentral or Metro.

You can submit your own 500 to 600-word reader feature at any time, which if used will be published in the next appropriate weekend slot. Just contact us at [email protected] or use our Submit Stuff page and you won’t need to send an email.