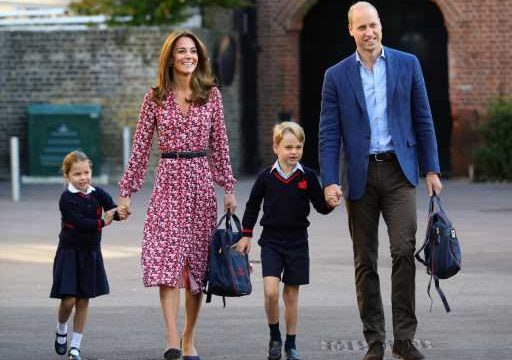 Like so many across the globe, the British Royal family is getting ready for a new school year, which means Prince George and Princess Charlotte will be on their way to Thomas’s Battersea school in South-West London before we know it. It’s hard to believe that the two young royals are growing up right before our eyes. And with each year comes new challenges for the siblings to meet. But this year, it looks like the 6-year-old daughter of Prince William and Kate Middleton will definitely be adjusting to some major milestones.

After some time spent in homeschool, Princess Charlotte’s major milestone school year will practically begin on the very first day. The start of her Year 2 schooling will actually be her last in the United Kingdom’s lower school years, per Hello! magazine. England’s primary school — the equivalent of the United State’s elementary school system — is divided into Year 1 and Year 2. Year 1 consists of children ages 5 and 6, while Year 2 features children ages 7-10.

But there’s actually more in store for Princess Charlotte as she starts this new school year. Along with her milestone entrance into the junior level of her primary schooling, Princess Charlotte will also begin taking Standardized Assessment Tests. These tests track students’ growth between Years 2 and 6 in their schooling. Charlotte and her classmates will be tested on two specific subjects — math and reading.

Fortunately, this testing won’t be as stressful as what American students might encounter. The SATs in England are not timed, removing any sense of urgency or stress for the children who are taking them. Education has been an incredibly important value for Prince William and Kate Middleton to instill in their children, and with their support and Princess Charlotte’s confidence, we’re sure the young royal will meet these new challenges.

Before you go, click here to see the 100 best photos of the royal family from the past 20 years.