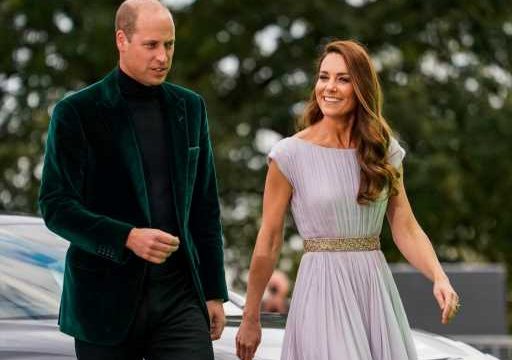 Think back to where you were on April 29, 2011. Do you remember the day? It was Kate Middleton and Prince William’s wedding. But the royal couple’s nuptials coincided with another major moment in their relationship, and in their roles as prominent members of the royal family. The same day they exchanged their wedding vows in Westminster Abbey, William and Kate became the Duke and Duchess of Cambridge, earning their new titles from Queen Elizabeth II, herself. But Kate could have had a totally different royal title, and could have become Princess Catherine on that day more than 10 years ago.

An article published by The Telegraph back in December 2010 is making the rounds once again and revealing some details we might have initially glossed over when Kate and William got engaged more than a decade ago. Apparently, Prince William was more than content to maintain his royal title, and wanted his wife’s to match, per sources who spoke with The Telegraph. “He wants Kate to become Princess Catherine,” a royal courtier shared with The Telegraph at the time.

There was, however, a catch. Kate couldn’t have been known as Princess Catherine because of her status as a commoner, according to another source who spoke with The Telegraph. Plus, it would have led to a domino effect that might have disrupted the precedent the British royal family has followed for generations. “Kate is a commoner and could not be known as ‘Princess Catherine,’” Kenneth Rose, a royal historian, explained to The Telegraph in 2010.

Of course, there are exceptions to the rule. For instance, Rose cited how Queen Elizabeth II bestowed Princess Alice, formerly the Duchess of Gloucester, her title following the death of her husband Prince Henry, the Duke of Gloucester. The gesture was due to years of service to the royal family Princess Alice provided. So, bearing this in mind, it’s really no wonder that the royal family seemingly chose to follow tradition. And at any rate, we think that the Duke and Duchess of Cambridge really suits Kate and William just perfectly.

Before you go, click here to see the 100 best photos of the royal family from the past 20 years.