“My life has changed a lot,” notes a joyful Joyce Wrice. Since she landed a spot on HYPEBEAST’s New Gen Spring 2021 list, the San Diego-bred, Los Angeles-based R&B sensation has made great strides thanks to the release of her debut album Overgrown last year.

From opening for Lucky Daye’s Candytrip tour to being the voice behind The Proud Family reboot jingle, modeling for the first time at New York Fashion Week, performing at international shows and festivals, and most recently dropping her Motive EP, Wrice has firmly set herself on the path to success.

Though modern pundits like to bemoan the purported “demise” of R&B, Wrice pays them no heed by breathing new life into the genre. Her old school sounds hark back to Aaliyah, Brandy, Mariah Carey, and Missy Elliott, while her contemporary spins, an emphasis on her part-Japanese upbringing, and love for dance music have solidified her as a promising star.

Motive is both a brief interlude and a sneak peek of where Wrice’s head is at. “I’m in this flirty, fun, grown, divine feminine mindset right now,” she proudly asserts. Songs like “Spent” and “Pace Yourself” are lyrical reminders that Wrice knows her worth, whereas “Lookin for Ya” and “Bittersweet Goodbyes” hear her lay down the law. Rounding out the five-track EP is the breakout hit “Iced Tea” alongside KAYTRANADA.

Hypebeast caught up with Wrice on what making Motive was like, how she wants to make people dance, and what is still yet to come. 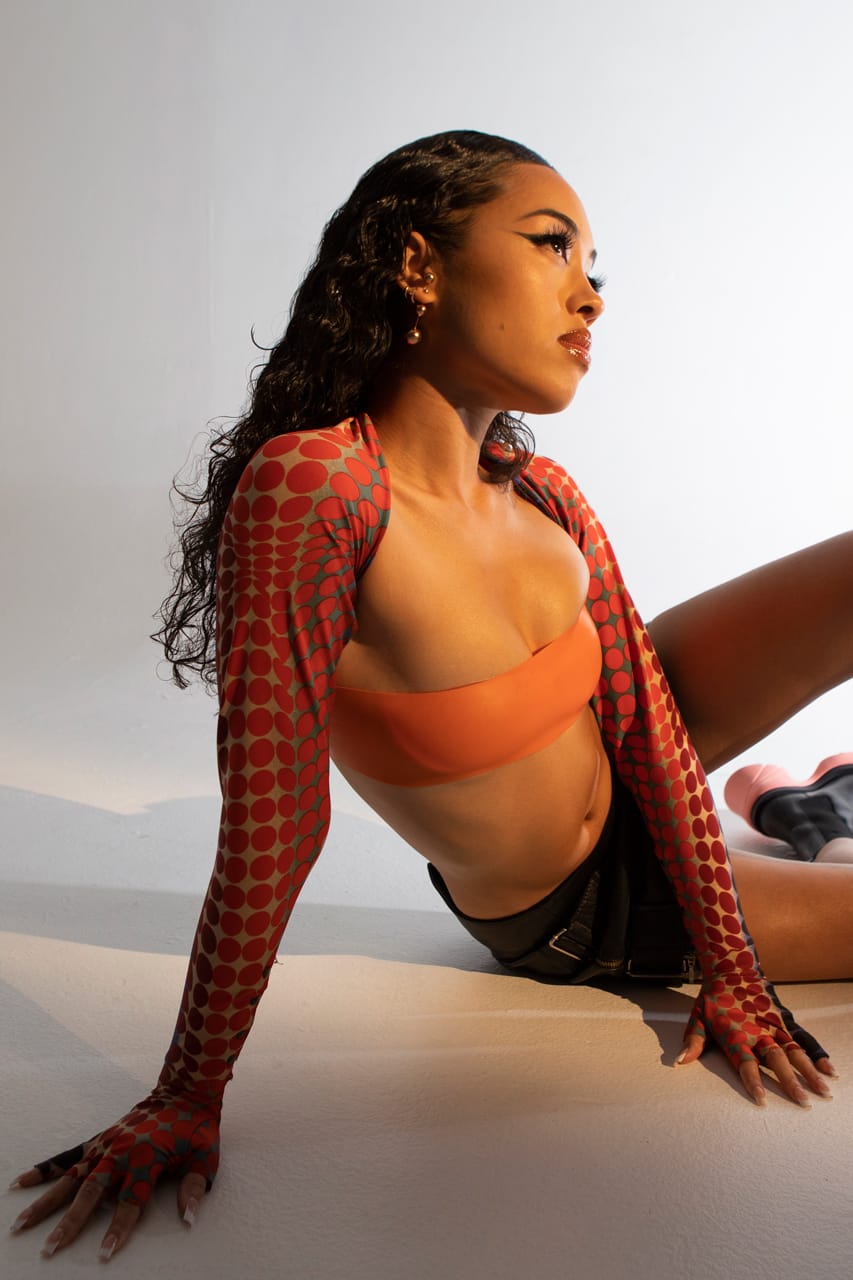 HYPEBEAST: There’s a renewed sense of energy on Motive that makes it quite different from your debut album Overgrown. What would you say sets them apart?

Joyce Wrice: Overgrown was more reflective and personal. I was still discovering my voice back then and feeling things out whereas Motive is more flirty, carefree, and fun. Since it’s an EP, I was able to be more experimental than with an album which feels a bit more serious and thematic. Through creating and performing Overgrown, I also learned that I wanted to make more dance music because I love doing choreography for live performances. With those new revelations, I was able to be more strategic with Motive.

What was it like working with KAYTRANADA? How were you able to find the sweet spot within both of your creative processes?

I actually met Kay before I released Overgrown and I really wanted us to have a full record [instead of an interlude] on it but the timing didn’t work out. Right after that though, I got in the studio and he played me the “Iced Tea” beat — which I loved right away. I teamed up with Mack Keane to write the track and also had the chance to open up for a few of Kay’s shows around the same time. Since then, I fell in love with the idea of making more music with him. 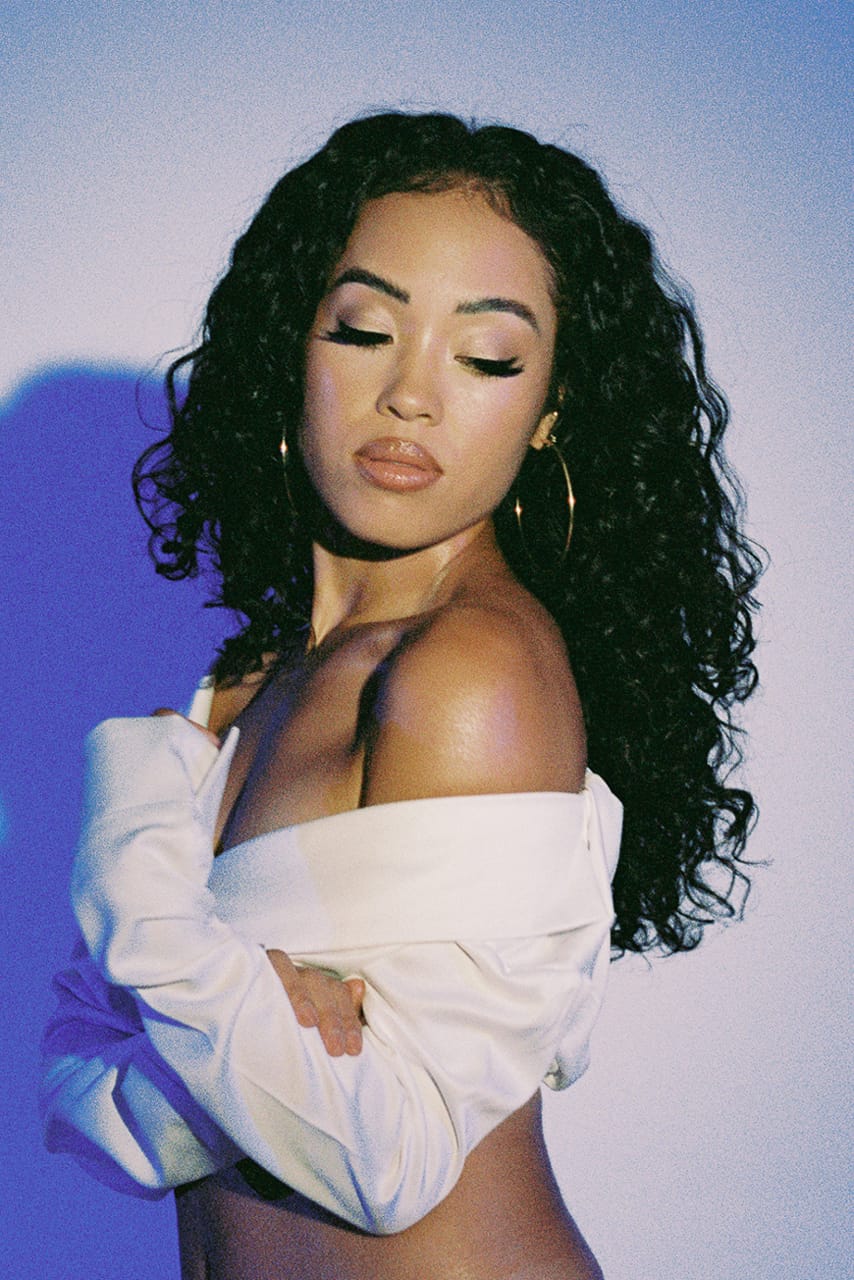 I was able to take him away for a couple more sessions and create this uptempo style of music inspired by Britney Spears’ “I’m a Slave 4 U,” some Afrobeats, some Janet Jackson, Aaliyah, and Missy Elliott type sounds. I also got to work with some talented writers like Miraa May, Hadar Adora, Anthony Watts, and Trey Campbell. It was a really fun time.

Who’d your dream collab be with?

I would love to work with the Neptunes. There’s also this writer, Sean Garrett, who I would really love to work with. He’s done a lot of hits from the 2000s and he actually worked on some of Summer Walker’s new album which I really liked.

As far as other artists, I think collabs with Afrobeats stars like Burna Boy or Wizkid would be so cool. I can hear Tems being on “Bittersweet Goodbyes.” Artists I grew up listening to like Brandy, Mariah Carey, and Usher would be incredible to work with too.

“I love the idea of collaboration and how songs can be made better by bouncing back ideas.”

You’ve mentioned a lot of songwriters. What is the biggest lesson you’ve learned when it comes to songwriting?

That two heads are better than one. I love the idea of collaboration and how songs can be made better by bouncing back ideas. As far as what’s helped me with my creativity, I take a lot of my lessons from just how other people work and use those as inspirations for future sessions. Through that, I also believe in finding what works best for me and that practice makes perfect.

There’s been such an emphasis on being in touch with your Japanese side. How has being part Japanese influenced your music?

I really want to tap into my story more and show what about my identity is unique. It’s also important for me to be representative of my culture and community, so being able to incorporate that intention into my music has helped me connect with other people who are Japanese, or Japanese and Black, or Black.

I just performed a few shows in Japan and so many people were thrilled to hear this style of music from somebody who speaks the same language and is part of their culture. That brings me so much joy because I want to be a source of encouragement for others.

Are there any Japanese artists you’d like to work with?

There’s a group called D.A.N. that opened for ​​Mndsgn when I performed with him in Japan a few years ago. Other crazy talented artists include one called Sirup and a rapper named Awich. I also want to make Japanese versions of songs from Motive, kind of like how I remixed my single “That’s On You” from 2020.

As someone who’s been changing the soundscape of R&B, where do you see the genre heading now?

I feel like the genre has gone in so many directions. It also feels like a lot of artists don’t even want to be labeled or for their work to be categorized. It’s just music. So as far as R&B goes, I think it’s going to just keep unfolding into whatever style artists are making it into. You know, we have SZA killing it by making R&B but also what people want to call it as alternative R&B. The genre’s going to go in the direction everyone takes it and I feel like that’s extremely exciting.

You’ve hit quite a few milestones this year with your recent Tiny Desk concert and a few international shows. What else do you hope to achieve in the near future?

This upcoming sophomore album is a huge priority of mine. In terms of an even greater picture, I want to perform in stadiums and arenas. I want to do world tours. I want to be number one on the Billboard charts for consecutive months. I want to get into TV and film ever since I did The Proud Family jingle earlier this year. I would love to also get more into fashion.

The biggest thing for me is that I want to be the best entertainer, vocalist, songwriter, and performer that I can be. It’s important for me to do everything it takes to accomplish that so this will always be a main priority for myself.

Motive is available for streaming on Spotify and Apple Music now.