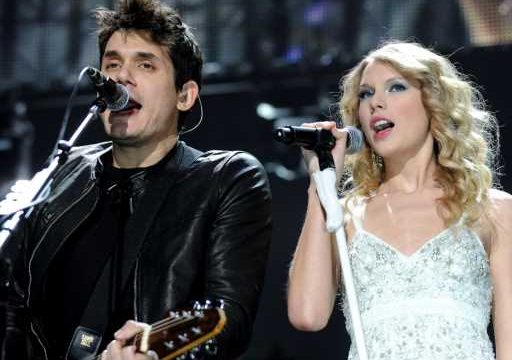 Taylor Swift might be the most powerful woman in the music industry right now — not only does she have Jake Gyllenhaal reacting to Red (Taylor’s Version), but now, John Mayer is reportedly running scared. The “Your Body Is a Wonderland” singer has a few moments to breathe (or plan a strategic move) before Swift rerecords her 2010 Speak Now album, which features the “Dear John” single that allegedly chronicles their romance.

We already know that Mayer called her tactics of writing about former lovers “kind of cheap songwriting” to Rolling Stone in the past, so he probably won’t appreciate this coming back to bite him a second time around. An Us Weekly source revealed that he’s currently taking a low-key approach to the Swift spotlight. “John is trying his best to avoid the attention he’s been getting from Taylor’s new album,” they said. “He’s not going to make any public comments directly related to her songs or album.”

If you’re wondering what happened between Swift and Mayer, you have to go back 12 years to 2009 when they began dating — she was 19 and he was 32. Yeah, that’s quite an age difference, especially for someone in their late teens. And that’s exactly what Swift called out in her “Dear John” lyrics: “Dear John, I see it all now that you’re gone/Don’t you think I was too young to be messed with?/The girl in the dress, cried the whole way home, I should’ve known.” So it’s no wonder Mayer would “prefer he was left out altogether” because he knows the wrath of The Swifties is likely upon him. “It’s like he’s faced with the humiliation [of the split and song about the drama] all over again,” adds the source.

Well, Mayer might want to brace for the second round of consequences because we know Swift is busy burning it all down and taking control of her recordings. And yes, there will be much discussion about their prior relationship, just like we’ve debated about Gyllenhaal. That’s because Swift is forcing all of us to look at the structure of power and how women can learn from the mistakes of the past.