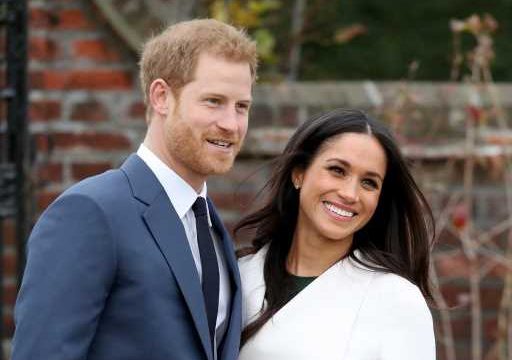 In the summer of 2020, Prince Harry and Meghan Markle told the world they’re here to stay when the couple bought their first home in the U.S. While details are still relatively scarce about the dwelling, we’ve gleaned everything there is to know about Harry and Meghan’s new $14.7 million Santa Barbara residence.

Prior to purchasing their new home, Harry and Meghan had been hunkering down in a Beverly Hills mansion owned by their pal Tyler Perry. And since they have many other famous friends and her mom lives in the Los Angeles area, the prevailing assumption was that they would buy a home somewhere in the general LA/Hollywood vicinity. Ultimately, they decided to move a bit further north (around an hour-and-a-half north, to be precise). Still, many celebrities call Santa Barbara home, too. The area is considered ultra-exclusive due to the high cost of housing. According to U.S. News, it ranks only a 3.7 out of 10 on the value index for real estate.

So, what drew Harry and Meghan to the area? How’s raising Archie and baby Lilibet there? Let’s explore what we know so far about Harry and Meghan’s first home in the States.

A post shared by The Duke and Duchess of Sussex (@sussexroyal)

They didn’t just move in

With such a wild year in 2020, it’s little wonder how Harry and Meghan were able to buy and move into a new home basically unnoticed. As for how long they’ve been living in their Santa Barbara home, a rep for the couple told People the move took place in the summer of 2020, so almost two years and a half. “The Duke and Duchess of Sussex moved into their family home in July of this year,” said the rep at the time.

One thing they most certainly wouldn’t have gotten in the Los Angeles area is privacy — there’s paparazzi lurking around every corner there, thanks to it serving as the unofficial headquarters for the TV and film industry. Santa Barbara, however, is much quieter… and less accessible. Explained their rep, “They have settled into the quiet privacy of their community since their arrival and hope that this will be respected by their neighbors, as well as for them as a family.”

“Both loved the idea of finding somewhere smaller, perhaps closer to the sea,” Omid Scobie and Carolyn Durand wrote in the couple’s bombshell biography Finding Freedom. And Page Six’s source noted Los Angeles never fit the bill, saying, “Harry and Meghan never intended to make Los Angeles their home. It was a good place for them to be upon their arrival in the U.S. to be close to Meghan’s mom.” 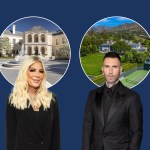 All the Biggest & Most Expensive Celebrity Homes

The home is ultra-luxurious

According to the original Zillow listing of the home, the property has a whopping nine bedrooms and 19 bathrooms. The main house is then spread over 1,350 square feet and sits on 7.4 acres of grounds. Check out some must-see photos HERE!

Among the luxury features in the property are a pool, tennis court, tea house and children’s cottage. Per its original listing, the entrance to the estate “opens onto a wide lane paved with hand-cut Santa Barbara Stone that leads through a grand archway of trees to the main residence. The main house includes a library, office, spa with a separate dry and wet sauna, gym, game room, arcade, theater, wine cellar and five-car garage.” The estate has “sweeping lawns, tiered rose gardens, tall Italian cypress trees, blooming lavender [and] century old olive trees”. Talk about a royal residence!

This is where they are raising Archie & Lilibet

After considering their other options (London, Vancouver), Harry and Meghan chose Santa Barbara as the place they want to raise their kids. “They intend to put down their roots in this house and the quiet community, which has considerable privacy,” their rep told Page Six right after their move. “This is where they want to bring Archie up, where they hope he can have as normal a life as possible.”

It wasn’t a decision the pair took lightly, either. Said Page Six’s source, “They have thought about this carefully and researched it well. This is the place where they plan to be happy, make good friends and bring up Archie, giving him the chance to play with other children his age.”

Talking to The Cut earlier this year, Meghan talked about how the house-hunting process went. “We were looking in this area,” she said, referring to Montecito, “and this house kept popping up online in searches.” At first, they didn’t even want to see the place given their newfound financial independence from the royal family. “We didn’t have jobs, so we just were not going to come and see this house. It wasn’t possible. It’s like when I was younger and you’re window shopping — it’s like, ‘I don’t want to go and look at all the things that I can’t afford. That doesn’t feel good.’”

Once they caved in and toured the place, however, the two fell in love with it. Guess their pockets were deeper than they thought!

The outside was what convinced them

After touring only the grounds and not stepping outside, Meghan told the real-estate agent, “We have to get this house,” per The Cut. “We did everything we could to get this house,” she told the outlet. “Because you walk in and go,” she said, taking a big inhale and exhale, “Joy. And exhale. And calm. It’s healing. You feel free.”

“One of the first things my husband saw when we walked around the house was those two palm trees,” she told The Cut, pointing to two palm trees that connect at the bottom. “See how they’re connected at the bottom? He goes, ‘My love, it’s us.’” Meghan shared her husband’s adorable reaction. “And now every day when Archie goes by us, he says, ‘Hi, Momma. Hi, Papa.’ ” How adorable!

They have some high-profile neighbors

Since the exact location of the home remains unknown, we don’t know who Harry and Meghan’s immediate neighbors are. However, we do know that there are familiar (famous) faces nearby. Oprah owns a $90 million oceanview mansion in Montecito. Ellen DeGeneres and Portia de Rossi has reportedly bought several homes in the Santa Barbara area. In 2017, the former TV host plunked down nearly $20 million for an oceanfront home in the seaside community of Carpinteria, where Ashton Kutcher and Mila Kunis also have a home.

Before you go, click here to take a closer look inside Harry and Meghan’s relationship.