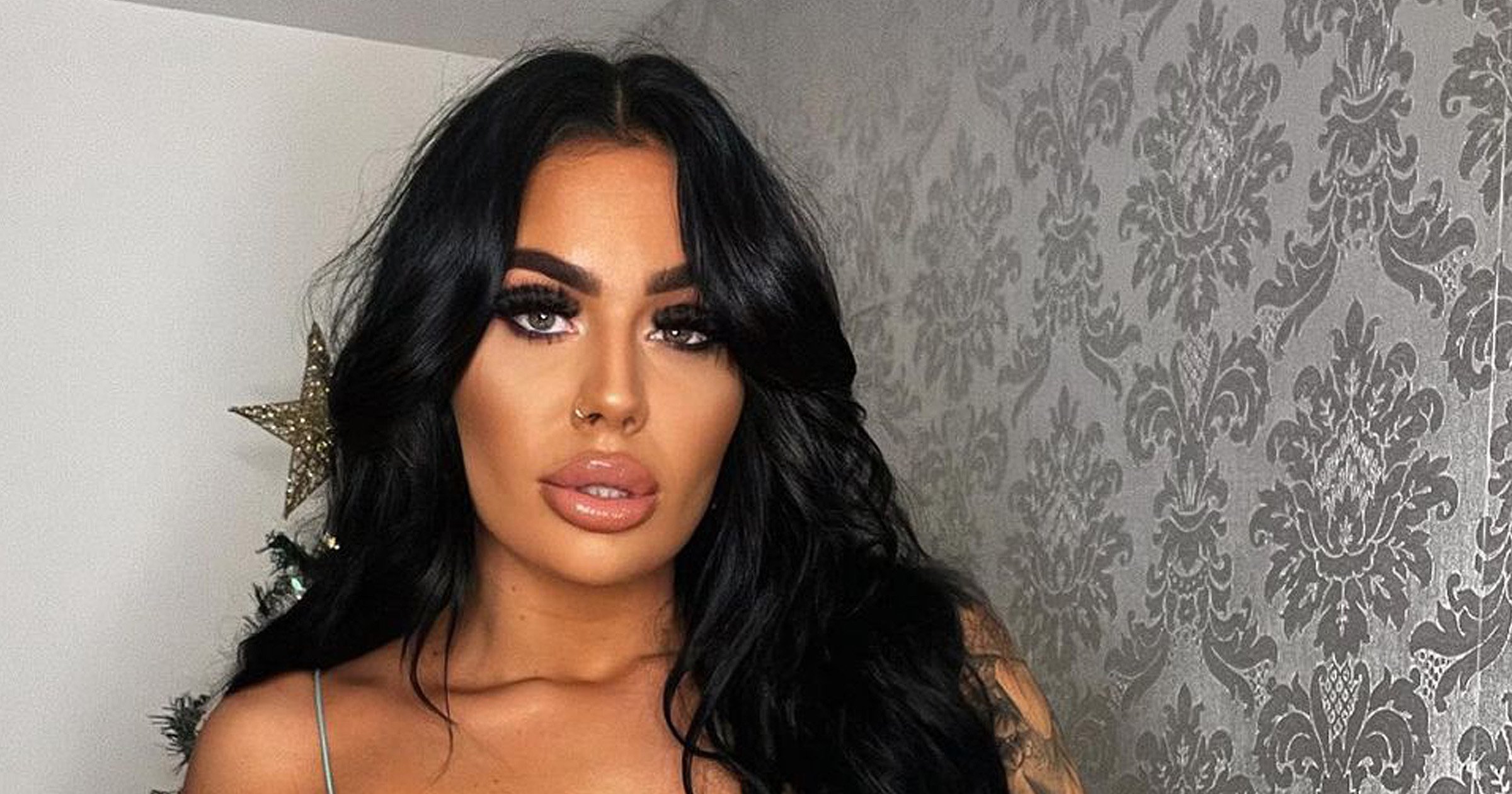 The social media star, who welcomed her son in March, died on December 18, with a GoFundMe page being set up to raise money for Kyro’s future.

Mee – who was also known as Rachel Kaitlyn – was from Newcastle and had over 40,000 followers on Instagram, which she often used to showcase her modelling and advertise her OnlyFans and Playboy pages.

Tributes have come in for Mee, with former EastEnders actress Danniella Westbrook joining those paying their respects.

Her friend Claire Robinson shared the ‘devastating’ news on the fundraising page and appealed for people to dig deep in order to create a fund for Mee’s son.

The fundraising page, which has so far raised several hundred of the £5,000 budget for Kyro, read: ‘This Christmas will be kyros first, and devastatingly his mummy will not be there, we are all so saddened with this devastating news how this world has failed such a beautiful young girl…

‘We feel if we can raise some funds for kyro’s future just to take a little stress away from Rachel’s family and to help in some way. Or to even give Kyro a little head start in life raising some funds in memory of his beautiful mummy. [sic].’

The post, which also shared Mee ‘adored’ Kyro ‘with all her heart’, went on: ‘Let’s just do what we can to ease even just a little bit of pain for Rachel’s family and close friends. We are all deeply saddened by this sad news and if we can all come together in memory of the beautiful Geordie girl she was then let’s do what we can.’

A second GoFundMe has been set up purportedly on behalf of Mee’s family to cover her funeral costs, with over £5,000 raised towards the £10,000 goal. Anything leftover will go to Kyro, it read.

Following the news of her death, Mee’s followers shared tributes to the model on her social media, with one mourning: ‘This is the saddest news. Rachel, I hope you’ll finally find peace. You will be missed.’

Sanchez Payne wrote: ‘I know it’s sad when anyone goes too soon… but this is such a hard one to swallow. Anyone that knew her would agree she was such a ball of energy ! Put it this way we met having a dance off in the middle of ibiza rocks 😅(she won 🏆) .

‘And she was beautiful radiant vibes ever since,always laughing. I’m not even saying we were close but our interactions were always positive and she’s left a great imprint on me and I’m sure us all . RIP ❤️💔 😥😥😓.’