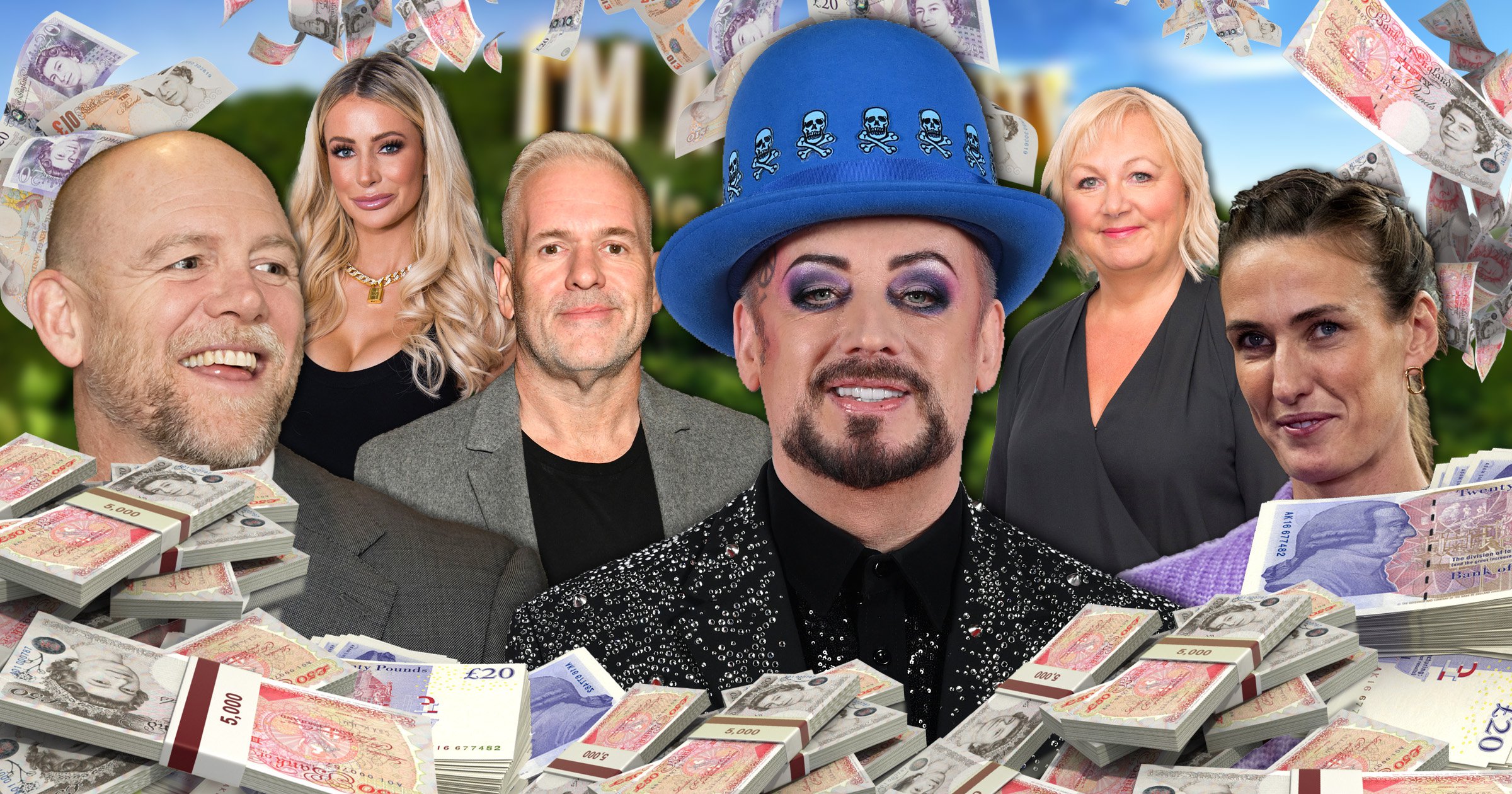 The cast of I’m A Celebrity…Get Me Out Of Here! are said to be worth over £76million thanks to their combined fortunes… and our mouths are watering at the thought.

This week, the ITV series is finally set to make its return to the jungle in Australia, with celebrities including Mike Tindall, Boy George and Olivia Attwood all but confirmed to be taking part.

While the broadcaster is yet to officially announce the line-up, the stars have been photographed arriving at the airport in Brisbane ahead of the launch show, with several speaking to media about their upcoming appearances on the programme.

It’s believed that the celebrities have fortunes that, when summed up together, reach over the £70m mark, with 80s music icon Boy George boasting the most flush bank account with over £43m.

According to The Sun, royal and former rugby union player Mike has over £15m, while radio star Chris Moyles is at the £8m mark.

Lioness and Euro 2022 winner Jill Scott is said to have £4m in the bank, while former Love Island star Olivia is at £1.2million.

It’s understood that Coronation Street actress Sue Cleaver has £1m, with A Place In The Sun presenter Scarlette Douglas possessing a similar fortune, while Hollyoaks’ Owen Warner and Loose Women star Charlene White are on half a million each.

Meanwhile, it’s said that comedian and former Strictly Come Dancing contestant Seann Walsh has around £350,000 to his name.

A source claimed that it’s wrong to think that the celebrities sign up for the programme solely to make money, considering how much they’ve already earned in their careers.

‘People think stars only sign up to I’m A Celebrity for the money but a lot of this year’s contestants are already rolling in it,’ they told the publication.

‘Forget the money, they want the memories.’

When it was revealed that Boy George had reportedly signed up for I’m A Celeb, it was claimed he would be receiving the highest fee in the show’s history.

The Culture Club singer is understood to be receiving £879,000 to enter the jungle, with an insider stating: ‘It’s beyond exciting that we’ve secured Boy George.

‘It’s been a long time since we had a huge global star film the show and he will no doubt draw viewers.’