Every year, the four major championships provide an opportunity for brands to showcase their latest and greatest shoes and apparel, and the 2022 Open Championship at St Andrews was no exception. Let’s take a look at five of our favorite outfits from the historic 150th Open. 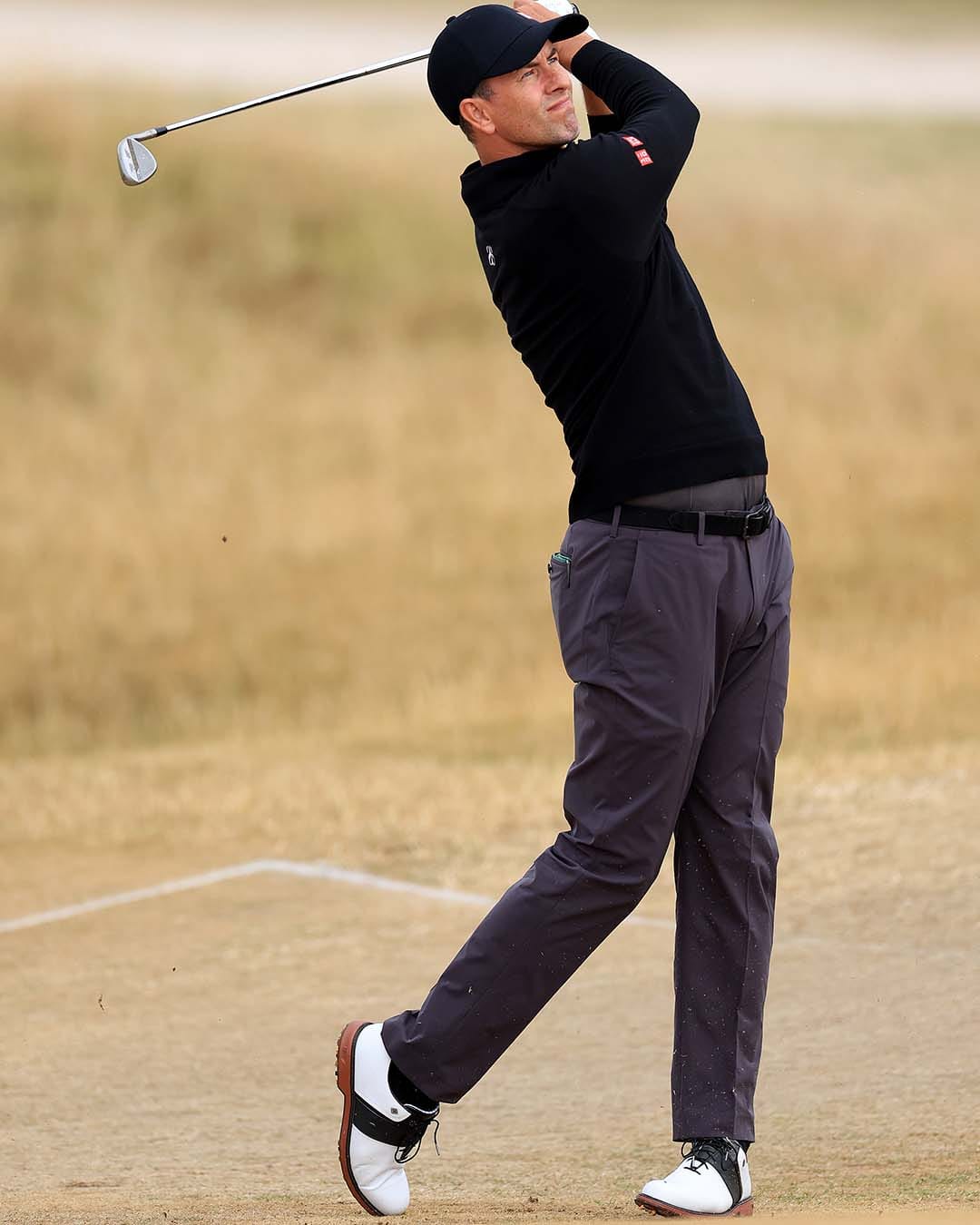 Adam Scott is never the loudest dressed golfer on the course, but UNIQLO always does a good job of crafting understated looks for the Australian that complement his physique. This monochromatic fit was yet another success. 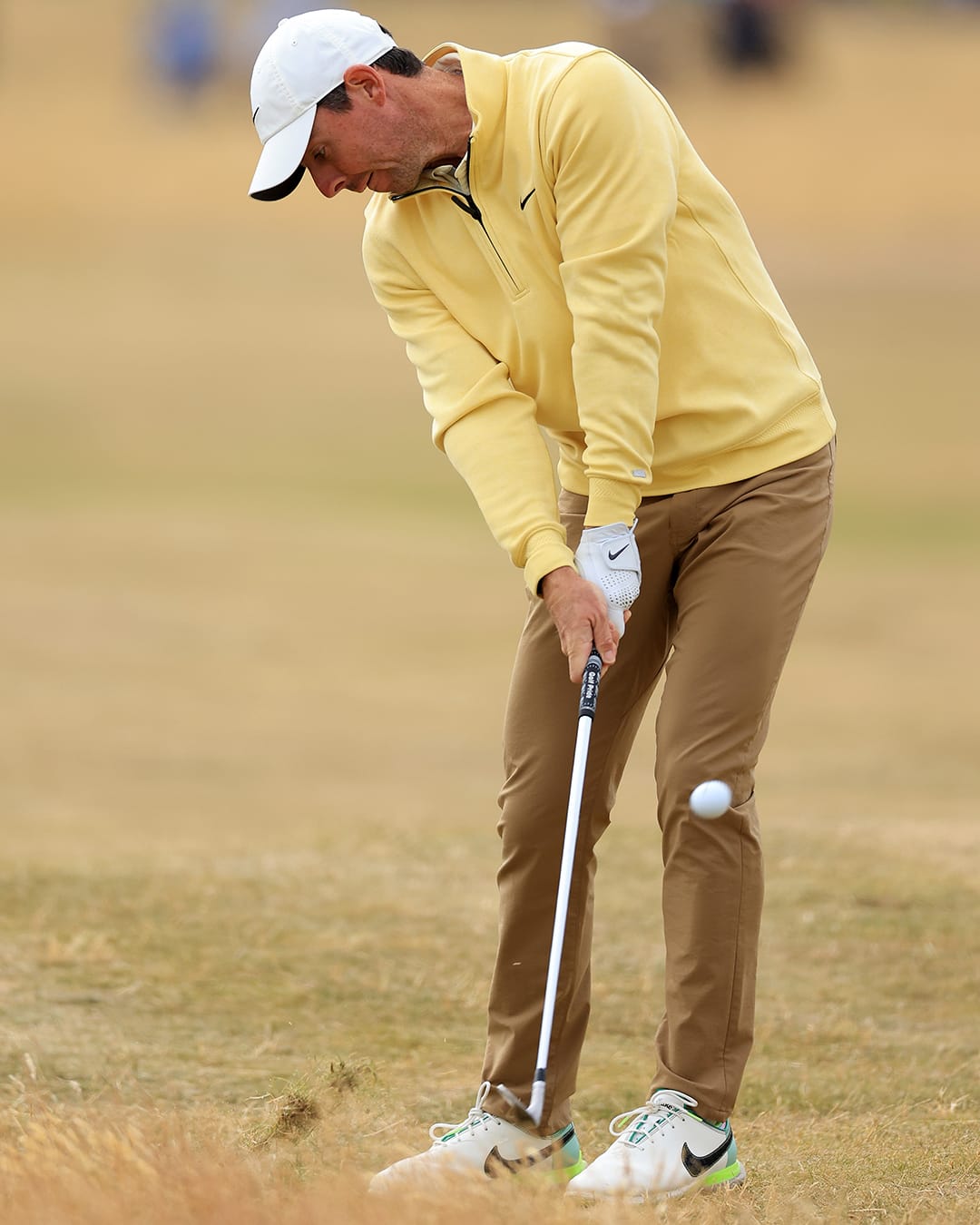 There is something about the combination of yellow and tan that looks right on the golf course, especially this week against the backdrop of St Andrew’s golden-brown turf. This look from Rory McIlroy harkened back to the Golden Bear, Jack Nicklaus, who made a habit of sporting a similar shade of yellow, and famously said goodbye to professional golf at the 2005 Open Championship at the Home of Golf. 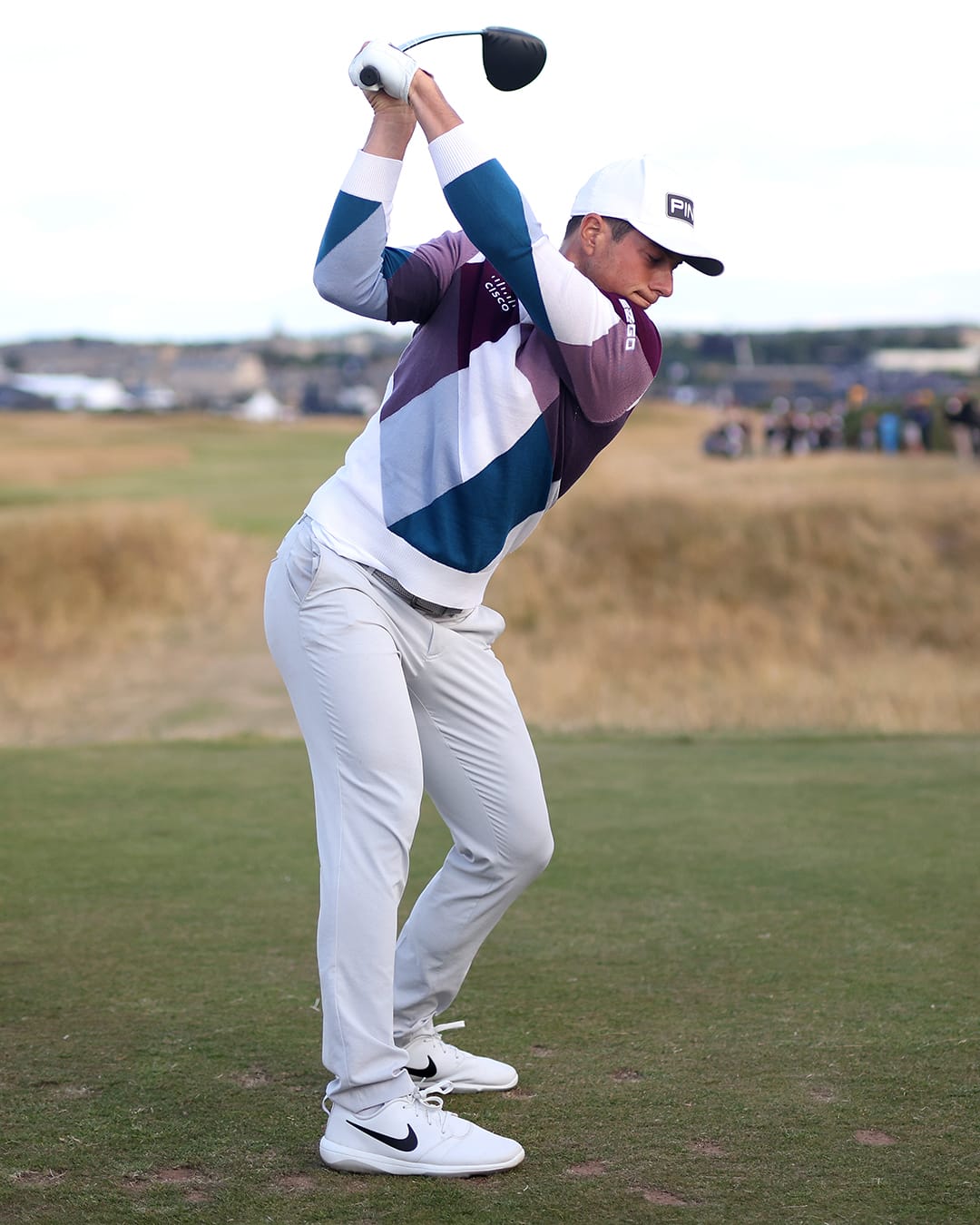 Argyle makes a lot of sense for an Open Championship in Scotland, and J. Lindeberg outfitted their main man Viktor Hovland in a series of boldly patterned polos and knitted sweaters that alternated between dark and light. Hovland is seen here on Friday sporting an updated argyle pattern paired with light colored pants, hat and shoes. 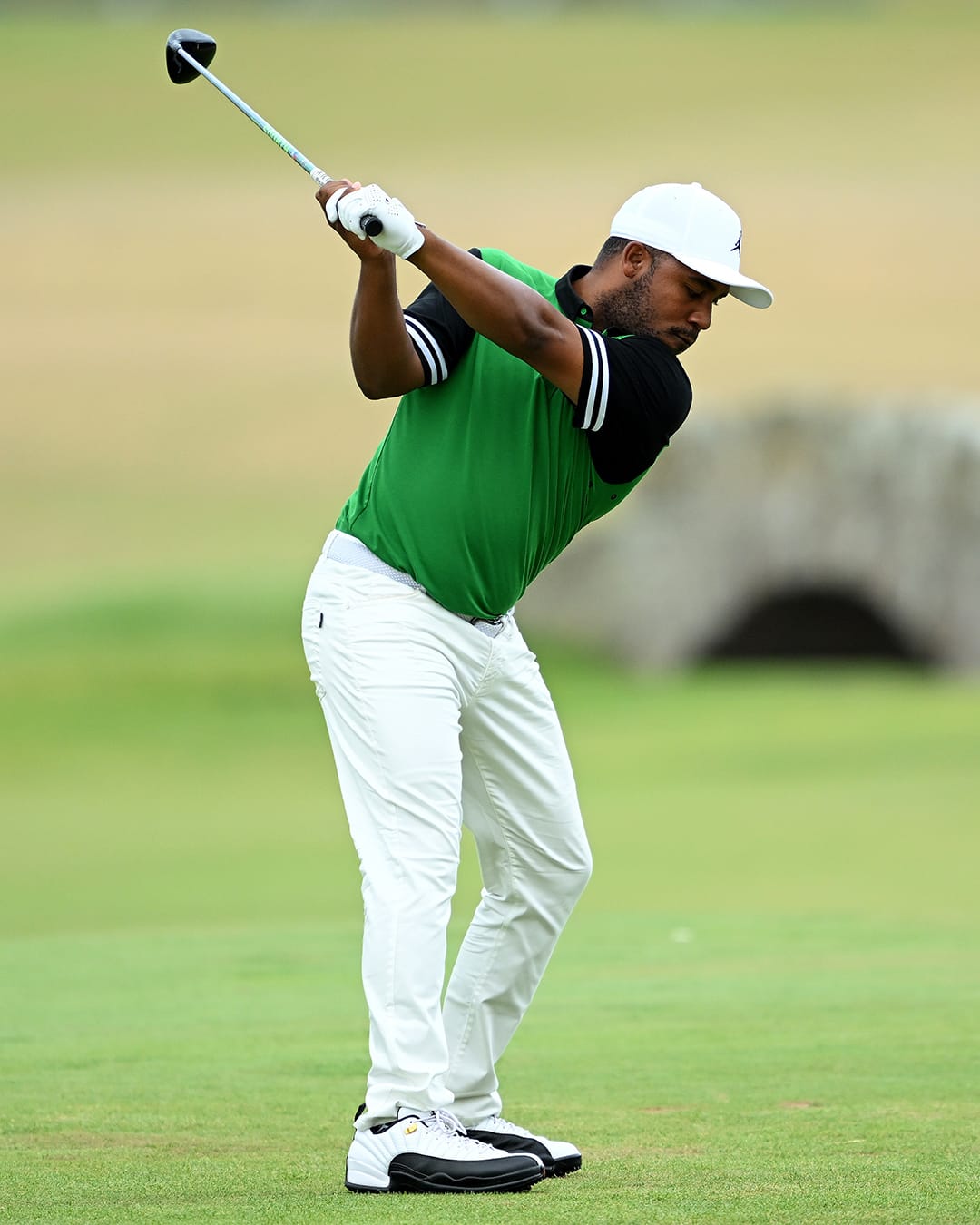 Harold Varner III is one of a few Jordan ambassadors playing on tour. The man from Akron wore a white cap with the classic Jumpman logo, as well as the great looking Air Jordan 12 Low “Taxi” colorway that came out back in March. The hat and shoes were paired with a green

Similar to with Adam Scott and UNIQLO, Nike tend to err on the safer side when outfitting Tiger. Friday at St Andrews saw the 15 time major champion take to the course in a long sleeved mock neck shirt underneath a knitted sweater vest. The look is completed by a well cut pair of navy trousers and white FJ Premiers.