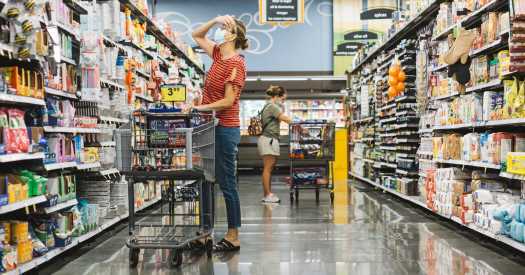 How do you spend the right amount on food?

According to an online survey of more than 1,000 people by LendingTree and Qualtrics published in October, weekly household grocery bills in the United States were up 17 percent on average last year compared with before the pandemic. Thirty-one percent of the respondents said that they “almost always overspend” at the grocery store.

Regardless of how large or small your food budget, staying within it can bring peace of mind and keep your overall spending on track. Whether you want to establish a food budget for the first time, or you want to get back to one, here are strategies to save money in your kitchen and at the grocery store. 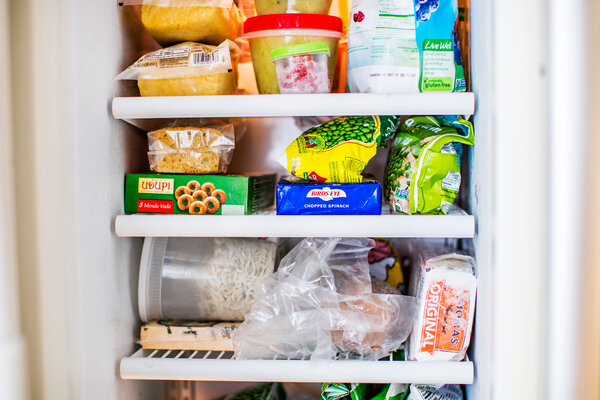 Cooking does not have to mean hovering over a stove for hours or complex meal plans. Cooking is sautéing some garlic in oil then adding canned tomatoes instead of opening a jar of pasta sauce. In addition to saving money, you will also have more control over your health. Meat and dairy are costly, so plan more meals that use them for flavor rather than bulk, enjoy more vegetables and fruit in their many affordable forms, and keep meals simple so you don’t burn out on cooking.

Consider inexpensive staples like rice, pasta, oats, bread, canned and dried beans, canned tomatoes and eggs: How do they already play a role in your routine? Then think about what you can easily procure. You should discover a solid Venn diagram revealing the meals you can make more often; start stocking up on the basics that form their foundations. (Store-brand or cheaper versions of these staples can be found by looking to the bottom or top of store shelves. See what savings you find.) As you get more comfortable, take it further. If you normally enjoy a rice dish with lamb and sausage, can you try chickpeas and half the sausage this week? Cheap staples are a starting point, not a cage.

If you begin to use meat and dairy more sparingly, rely on vegetables and fruits to add flavor. It can sound expensive or work intensive to eat more produce, but that’s not a certainty. Canned and frozen fruits and vegetables don’t have to be lower quality. Canned squash is puréed and ready to make a silky soup at half the cost and effort of a fresh squash. Frozen fruits and vegetables are often already chopped without the markup you see on pre-cut fresh versions.

And no matter how careful a meal planner you are, you’ll have times when something you bought with the best of intentions is past its prime. Find a recipe that calls for you to throw just about anything into it, like a soup, stew or stir-fry. Think of leftovers and past-prime produce as an asset rather than a burden.

Choose versatility by purchasing the basics.

You can save money by eating a smaller variety of food in a given week, but if you stick to the versatile stuff it won’t get monotonous. Cut out single-use items unless they’re important to you (keep the hot sauce). A cake mix is limited and comes at higher cost, whereas flour, sugar and baking soda hold boundless possibility. Single-serving yogurts cost more and can be eaten only as is, whereas plain yogurt can be eaten for breakfast with a swirl of honey, made into a sauce, baked into a tea cake or added to smoothies.

Let the seasons be an inspiration.

When planning your food shopping, stay open to the changes of the seasons to create natural variety and liveliness without added cost. Fruits and vegetables are usually less costly in season — think of those midsummer four-for-a-dollar deals on corn on the cob. If you have the space and time, freeze or can the bounty. But don’t think you have to plan hundreds of new menus every time the wind changes. Let the seasons be an inspiration, not a burden.

If you snack between — or instead of — meals, remember that packaged snacks get expensive. This goes for drinks too. Limiting prepared snacks and drinks can be one of the quickest routes to a grocery bill that lets you breathe easy. If you need guidance to pare it down, think about your pleasure-to-versatility ratio. Kombucha isn’t all that versatile, but it may be your only way to get through the long afternoons. Plan around that if you can.

But keep the treats.

For some, the pleasure of saving money itself is enough; the absence of worry creates motivation to continue. Food is pleasure and connection for most of us. So don’t budget pleasure out of the picture. If you used to have dessert and a glass of wine with a friend on Friday evenings, consider an inexpensive replacement, like a piece of chocolate and a cup of chamomile tea.

Leanne Brown is the author of Good and Cheap and Good Enough (January 2022).