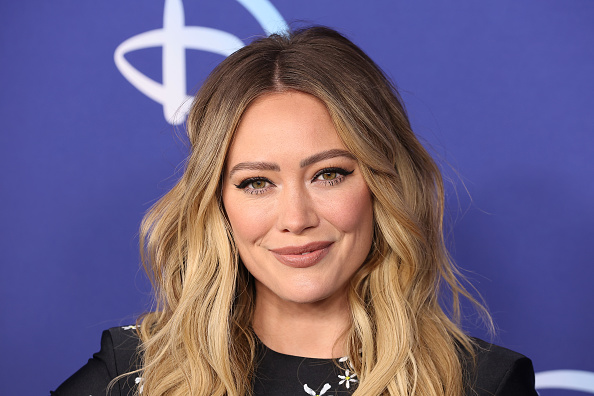 Hilary Duff opened up about suffering from a ‘horrifying’ eating disorder when she was 17 years old.

The 35-year-old former child star has reflected on the impact of fame at such a young age and the pressure she felt as a teenage actress in the public eye.

She shared the realities of developing into an adult under the scrutiny of the showbiz world and how it impacted her.

Hilary recalled how much she used to control and alter her eating habits to fit into the mould of the ‘skinny’ actress.

Speaking to Women’s Health Australia, she said: ‘Because of my career path, I can’t help but be like, “I am on camera and actresses are skinny”. It was horrifying.’

The How I Met Your Father and Lizzie McGuire actress revealed she has learned to appreciate her health and embrace a new focus.

She explained: ‘[I’m] appreciating my health, doing activities that make me feel strong instead of just bettering the outside of my body.

‘Spending time with people that make me feel good and share similar views on health and body positivity and getting enough sleep and balance in my diet.’

She has worked with personal trainer Dominic Leeder who discussed the way he approaches fitness for his celebrity clients.

He explained: ‘The most common unrealistic goal people have is wanting to lose a significant amount of weight, fast.

‘I feel that it’s exacerbated by a lot of famous people who have gone on, what I would call, a fad diet, and lost an incredible amount of weight.

‘They take photos, you see it, but no one knows what happens after that. And often with fad diets, things deteriorate straight away afterwards.

‘Reaching your fitness goals is more of a marathon than it is a sprint.

‘And making it a marathon means that my main focus for my clients is to not just to reach their goal but to keep their goal. And doing it quickly often doesn’t allow them to keep it.’

Earlier this year the mother of son Luca, 10, four-year-old daughter Banks and 19-month-old daughter Mae celebrated her body with a nude photoshoot.

She said at the time: ‘I’m proud of my body.

‘I’m proud that it’s produced three children for me. I’ve gotten to a place of being peaceful with the changes my body has gone through.

‘I also want people to know a makeup artist was there putting glow all over my body and someone put me in the most flattering position.’

If you suspect you, a family member or friend has an eating disorder, contact Beat on 0808 801 0677 or at [email protected], for information and advice on the best way to get appropriate treatment