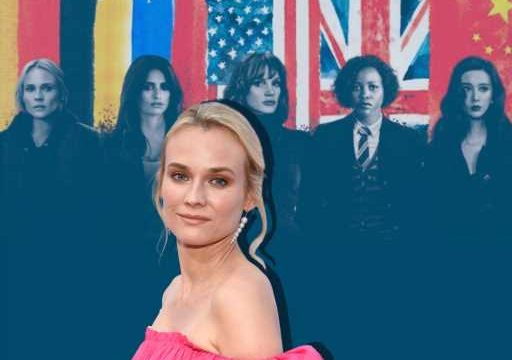 Diane Kruger is happy to be “done with the ingenue” roles in her career, instead, she’s embracing the opportunity to play women who “have a sense of real-life to them.” That’s exactly what she gets to do in The 355, where she plays a German foreign intelligence agent who can handle a motorcycle chase as deftly as she wields a gun in the female-driven, spy-action film alongside Jessica Chastain, Lupita Nyong’o, Fan Bingbing, and Penélope Cruz. Kruger sat down with SheKnows to explain the type of role that excites her today as a mom to a 3-year-old daughter, what it was like filming those intense stunts, and more — watch the full video above and read on for select quotes!

By not playing the “wide-eyed, bushy-tailed girl that gets rescued by men,” Kruger told SheKnows that she can now embody characters who are more “well-rounded,” which she hopes will eventually resonate with her 3-year-old daughter from her relationship with longtime partner Norman Reedus. While picking groundbreaking roles for women, including her part in The 355, is “not so consciously in [her] mind yet, it’s something the 45-year-old actress is thinking about as her daughter grows up.

Kruger also had the opportunity to experience a stunt training boot camp with co-stars Chastain, Cruz, Bingbing and Nyong’o. She revealed that their summer in Europe started with boxing, gun training, and choreography each day, but it took time for them to work their way into a group fight so they didn’t “kill each other.” On the big day of their first big practice fight, the stunt coordinators outfitted them in so much padding that the women “couldn’t even kick because there was so much friggin’ padding going on.”

“It was like they had no trust in us for real,” Kruger shared, laughing. “But it was really fun to do. And then the day you actually shoot it, the adrenaline kicks in and Jessica is a tough cookie, so it felt real.”

While Chastain may have been the reigning champ in their physical fights, Kruger picks co-star Cruz as the most likely to make it as a secret agent in real life for her sneaky psychological spy game skills. Kruger shared that Oscar-winner “wouldn’t be kicking ass physically” if she was a secret agent in real life, but her social skills would make her stealth on the job. “She’s really compassionate, but she’s also really observant,” she explained. “[Penelope] is kind of quiet. And then when she says something, it’s so to the point.”

With Jessica Chastain calling out Diane Kruger as the best secret agent of the bunch, it seems like there are plenty of spy skills to go around in this group of ladies. Make sure you check out the full video above and catch The 355, out in theaters starting today.