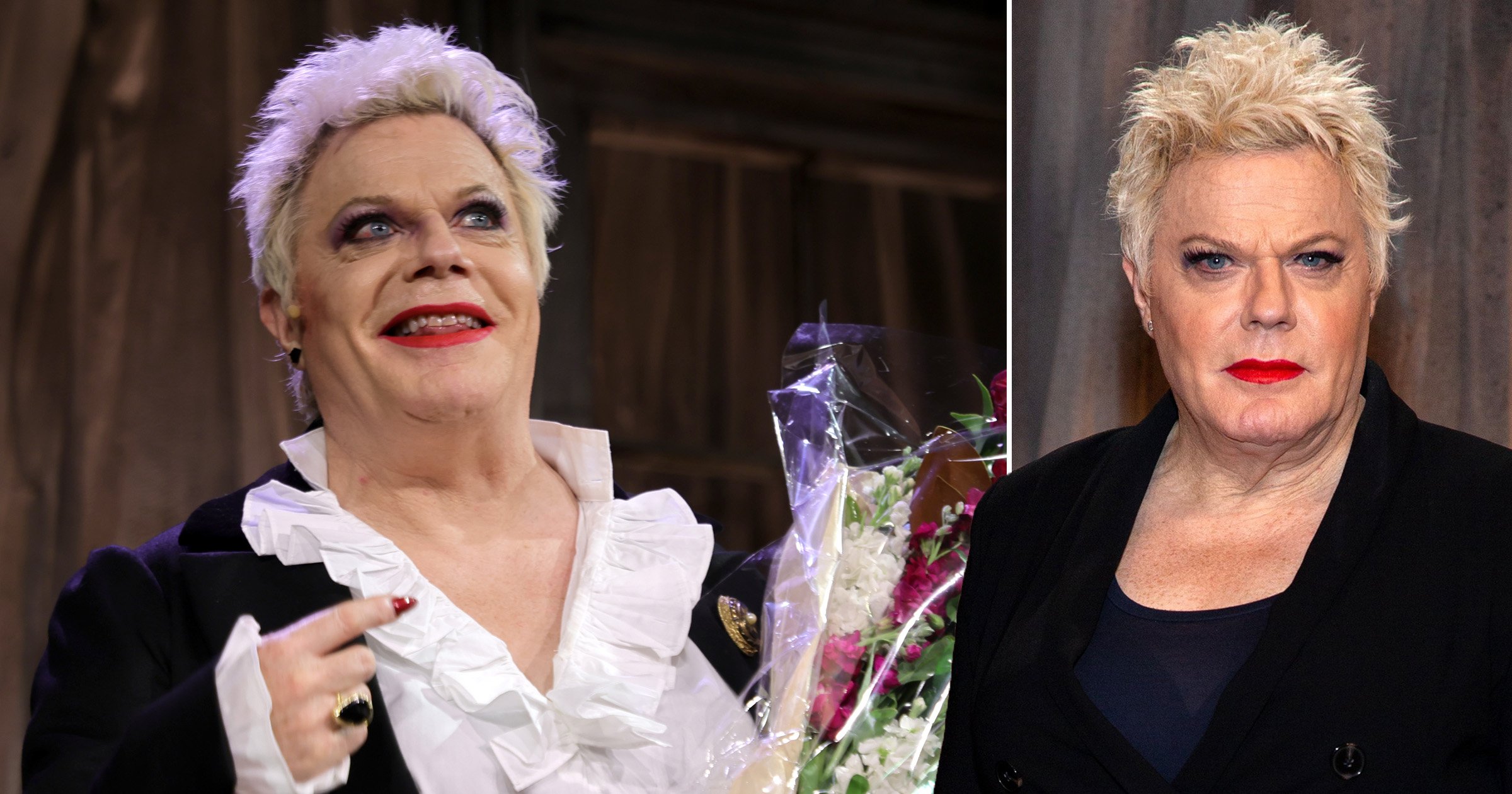 Eddie Izzard was overjoyed as she accepted flowers at the end of her opening night on Broadway as she debuted her own one-woman production of Charles Dickens’ Great Expectations.

The 60-year-old comedian is playing all 19 characters in the New York production, which she read upon realising she is 150 years to the day younger than the late writer.

Speaking about the show ahead of its first audience, Eddie said: ‘Charles Dickens loved performing his own works in America, and so I thought it would be a wonderful idea to launch Great Expectations here.

‘I always feel at home in New York, and I believe if Charles Dickens were alive today, he would feel at home too.’

Eddie – who announced she is genderfluid and prefers she/her pronouns in 2020 – was photographed standing on stage in a white blouse with an exaggerated ruffled collar underneath a black blazer and trouser ensemble as she was handed her flowers.

Selina Cadell, who is directing the limited run, also appeared on stage to accept a bouquet herself. She has said of the production: ‘I find the combination of Eddie Izzard’s idiosyncratic wit and Charles Dickens’ ingenious storytelling irresistible and am looking forward to sharing it with New York audiences.’

Following the show, Eddie took to Twitter to thank her fans for their support on opening night.

She wrote: ‘Thanks to everyone for their incredible support of my one-woman show of Charles Dickens’ Great Expectations.’

She then announced the show has extended its run into February 2023.

In October, Eddie told people to ‘join the 21st century’ after two MPs made ‘transphobic’ comments about her when she launched a bit to become a Labour election candidate.

Conservative MP Lee Anderson said he ‘would not follow him into the toilets’ if Eddie came to Parliament, while Labour MP Rosie Duffield said: ‘I’m not calling Eddie Izzard a woman.’

In response, Eddie told PA news agency at the time: ‘Some people aren’t up to speed, some people haven’t joined the 21st century and, well, they’ve got to get on the bus now because I’ve been out for so long now that I don’t know why they didn’t bring this up before.

‘It’s different now that I’m going for a parliamentary seat, but I don’t think bullying is a great thing to be happening and so I’m just going to carry on.’

She added that the Labour MP’s comments did not make her feel unwelcome to run as a candidate for the party, but added: ‘Again, join the 21st century – trans people exist. I exist.’