Warning: this article contains spoilers for episode one of BBC One’s Bloodlands. Obviously. Proceed at your own peril…

Set over 20 years since the Good Friday Agreement, the first episode of Bloodlands opens with Belfast detectives Tom Brannick (James Nesbitt) and Niamh McGovern (Charlene McKenna) watching a car being recovered from the water.

The car belongs to Pat Keenan, a former IRA operative who’s gone missing. Taped inside the wing-mirror is a postcard of the city’s famous shipbuilding gantry cranes, Samson & Goliath. And when Brannick sees it, the colour rushes from his face.

Why? Because, just like that, he realises it’s connected to an assassin who operated during the Troubles.

Called ‘Goliath’, the mysterious assassin is responsible for the 1998 disappearances and probable deaths of four people, including Brannick’s wife, shortly before the Good Friday Agreement. And Brannick and McGovern’s investigation soon leads them to a tiny island, where they uncover a grave filled with four skeletons, all of whom have bullet holes in their skulls (they’ve clearly been shot in the head, execution-style).

Who’s responsible, though? Well, writer and creator Chris Brandon clearly is keen for us to suspect everyone, although there’s no denying that some characters seem far more suspicious than others. But, with Line Of Duty’s Jed Mercurio acting as executive producer, it remains unclear how many of these “guilty” parties are worth writing down in our notepads (hey, who doesn’t love playing armchair detective?), and how many are red herrings.

DCI Brannick (James Nesbitt) and DS McGovern (Charlene McKenna) are tasked with tracking down an assassin.

Essentially, as you might expect from the BBC’s first-ever ‘Irish noir’, Bloodlands is packed full of twists and turns – and it’s certainly left us with a lot of questions.

Here, Stylist’s Kayleigh Dray does her best to unravel them all.

As DCI Brannick makes all too clear to DS McGovern, Goliath “could only have been an inside man” – which means that, yes, we’re looking for a corrupt police officer (so far, so Line Of Duty).

So far, then, our possible suspects include…

Lorcan Cranitch’s character is easily the most obvious option for Goliath; he did his best to get everyone off the island before the bodies were found, he’s been running interference around the case, he’s been on the force since the 90s, and he’s… well, he’s just pretty shifty, isn’t he?

Then again, though, when has a Jed Mercurio production ever ended with the most obvious solution being the correct one?

Mare Of Easttown: Kate Winslet’s new thriller is here to fill The Undoing-shaped hole in your life

Look, I know what you’re going to say; Flora Montgomery’s character seems nice. She’s told DCI Brannick and DS McGovern that they have her full support in tracking down Goliath – but isn’t that exactly what Goliath would do in this situation? To get the spotlight off them while they go digging around in the records room and get rid of all the old files and evidence?

Plus, based on Montgomery’s age IRL, the character would have been in her 20s around the time of Goliath’s original reign of terror. Hmm…

Sure, her owl pendant is lying in the island grave atop one of the three skeletons – but it would be a spectacular twist, right? Especially as we don’t know who those skeletons belong to just yet…

Someone else we haven’t even met yet

Crime dramas are notoriously tricksy. Is there really any point getting excited about all these coulda-woulda-shoulda suspects just yet? 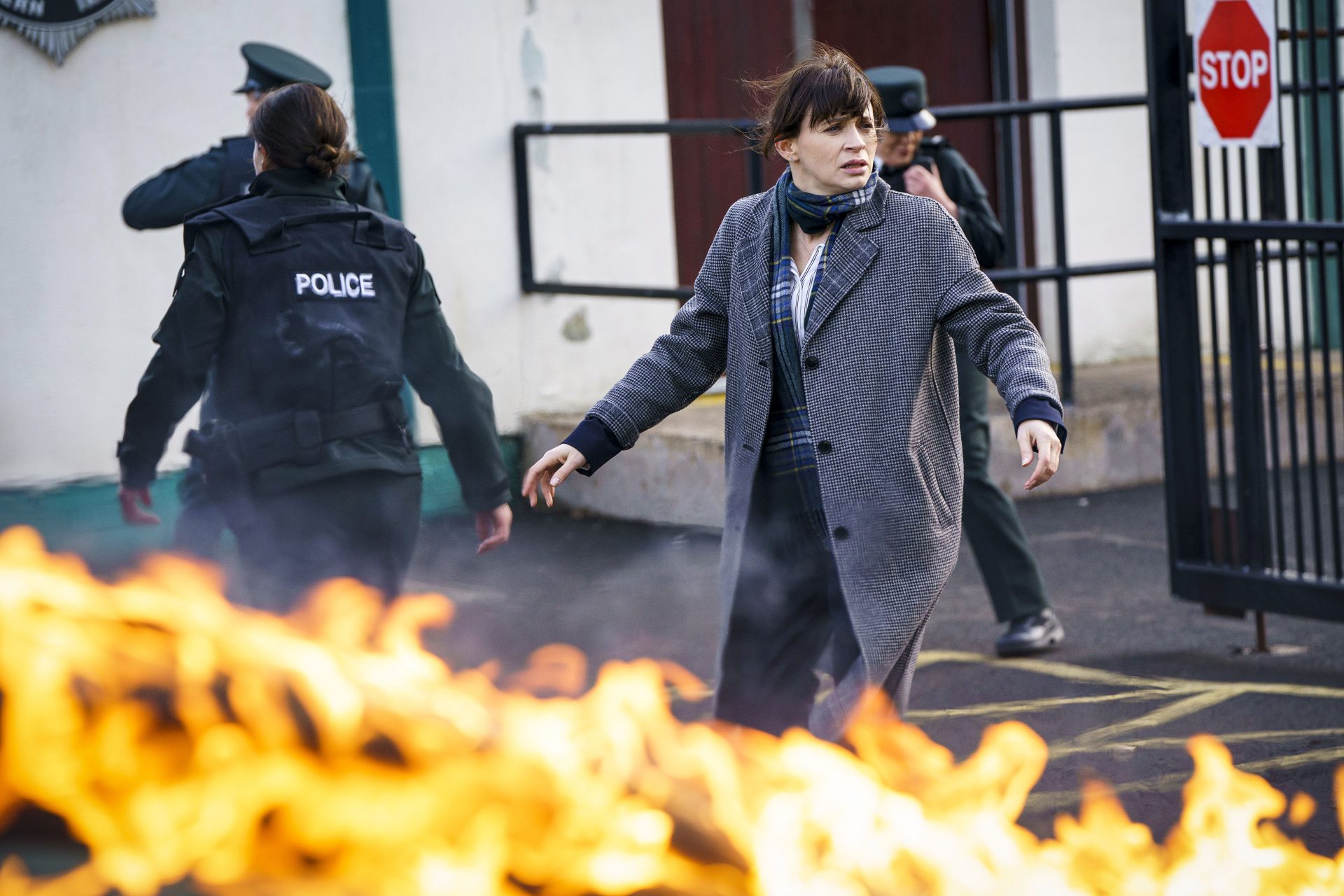 So, who kidnapped Pat Keenan?

This writer doesn’t think Goliath is behind the latest kidnapping; it seems more likely it’s someone who wants the police to track down the original killer from 1998. Especially as Keenan wasn’t killed; he was found very much alive, albeit stripped down to his underwear and handcuffed to a radiator.

So, who stands to gain the most from this case being reopened? Well, number one on the list is DCI Brannick himself; he’s been desperately wondering what happened to his wife for the past 20 years or so. Some people on Twitter have suggested that DS McGovern could be the orchestrator, especially as she’s the one who insists they stay on the island and dig, but this writer thinks she’s just a consummate professional.

What if (and this is a wee stretch) it’s Emma, then? Yes, we just suggested she’s Goliath, but maybe she’s been deep undercover for years and desperate to come back into the real world? Maybe she knows that she can’t possibly do this without putting herself and her family until ‘Goliath’ is found and dealt with?

Maybe. Too soon to tell.

Mare Of Easttown: Kate Winslet’s new thriller is here to fill The Undoing-shaped hole in your life

Does that mean Emma isn’t dead?

Well, not necessarily. It’s very, very likely she’s dead (see the skeleton, owl pendant, and Brannick’s utter despair in the face of it), but it’s hard to say for sure while we’re dealing with a pile of old bones.

And what about Tori Matthews? Is she worth keeping an eye on?

DCI Brannick runs into friendly doctor Tori Matthews (Lisa Dwan) when he’s visiting his daughter at Queen’s University, and she promises to keep an eye out for Izzy (Lola Petticrew). 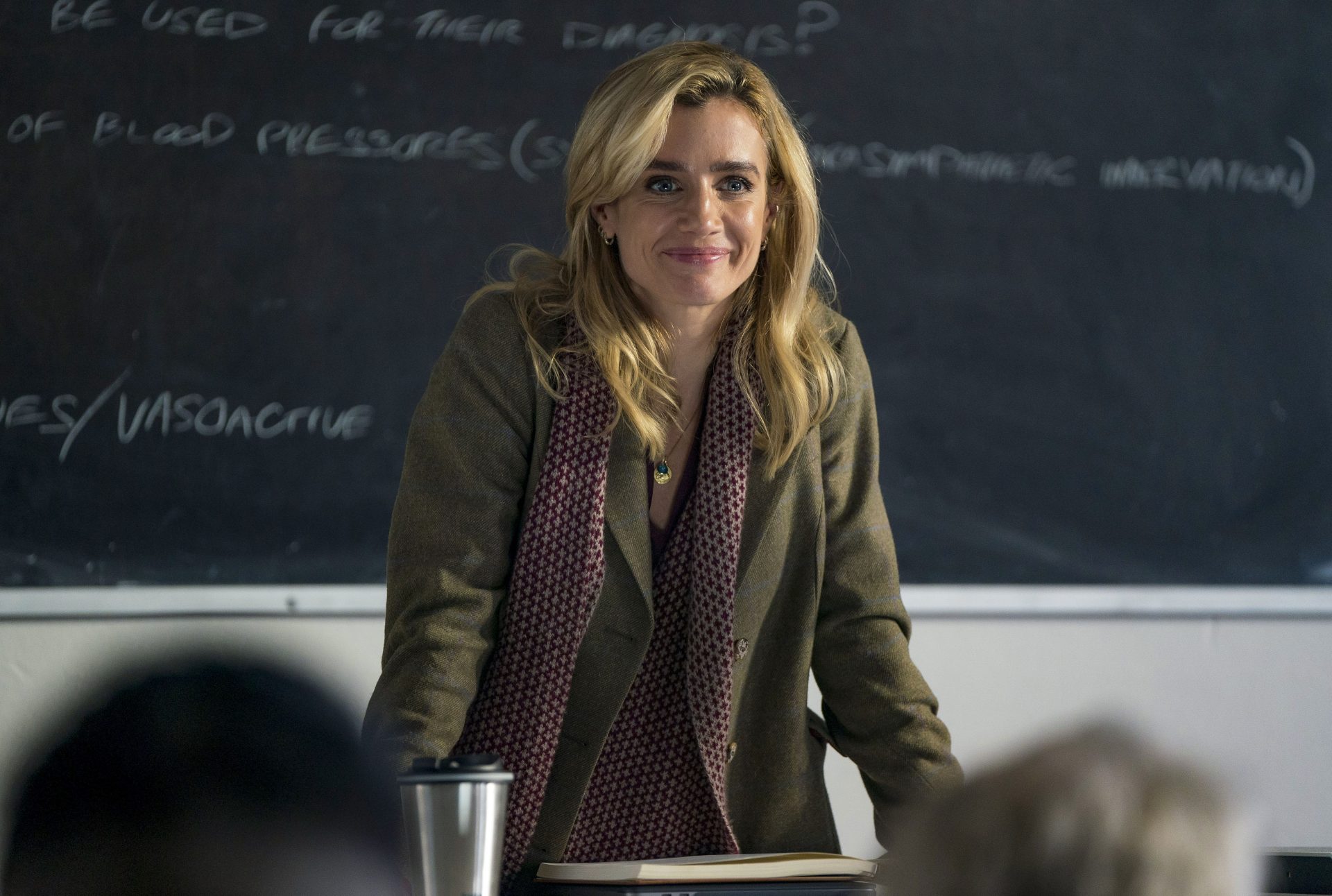 All we know about Tori is this: she’s spent several years living abroad to look after her ailing mother, she’s just returned to Belfast, and she has a “painful past,” according to Dwan. So, could she be involved in all of this somehow? And, if so, does she pose a threat to Izzy?

Essentially, the answer is yes: keep an eye on Tori. This writer certainly intends to, anyway…

The next episode of Bloodlands airs on Sunday 28 February at 9pm on BBC One.