From Bev Thomas’ new novel The Family Retreat to Netflix’s highly-acclaimed Maid, a wave of books, TV shows and films are transforming the way stories of violence against women are told. Marisa Bate asks how we keep up the momentum.

There’s a scene in The Family Retreat, the new psychological thriller from writer Bev Thomas, published this month by Faber, that hits a painfully familiar nerve. In a London GP surgery, a male patient becomes increasingly hostile towards a female doctor. His tone becomes menacing, his behaviour less predictable. His aggression doesn’t manifest into something explicit or physical, but it bubbles under the surface, almost spilling over, spits of threats lacing the encounter. The doctor feels vulnerable, unsure of her own footing, unsure of the point he crossed a line, or even where that line is. Eventually, the patient leaves, and the doctor is, ostensibly, unharmed.

On the surface, The Family Retreat reads like a thriller. The pages gallop along, the characters and plot distract and deceive, but hidden in this familiar framework is actually the story of men’s power and control told through a domestic abuse plot line. Cleverly, Thomas uses thriller’s hallmarks to upend a genre that has historically sensationalised men’s violence, and instead offers something that rings far more true to the subtle, complex nature of abuse. 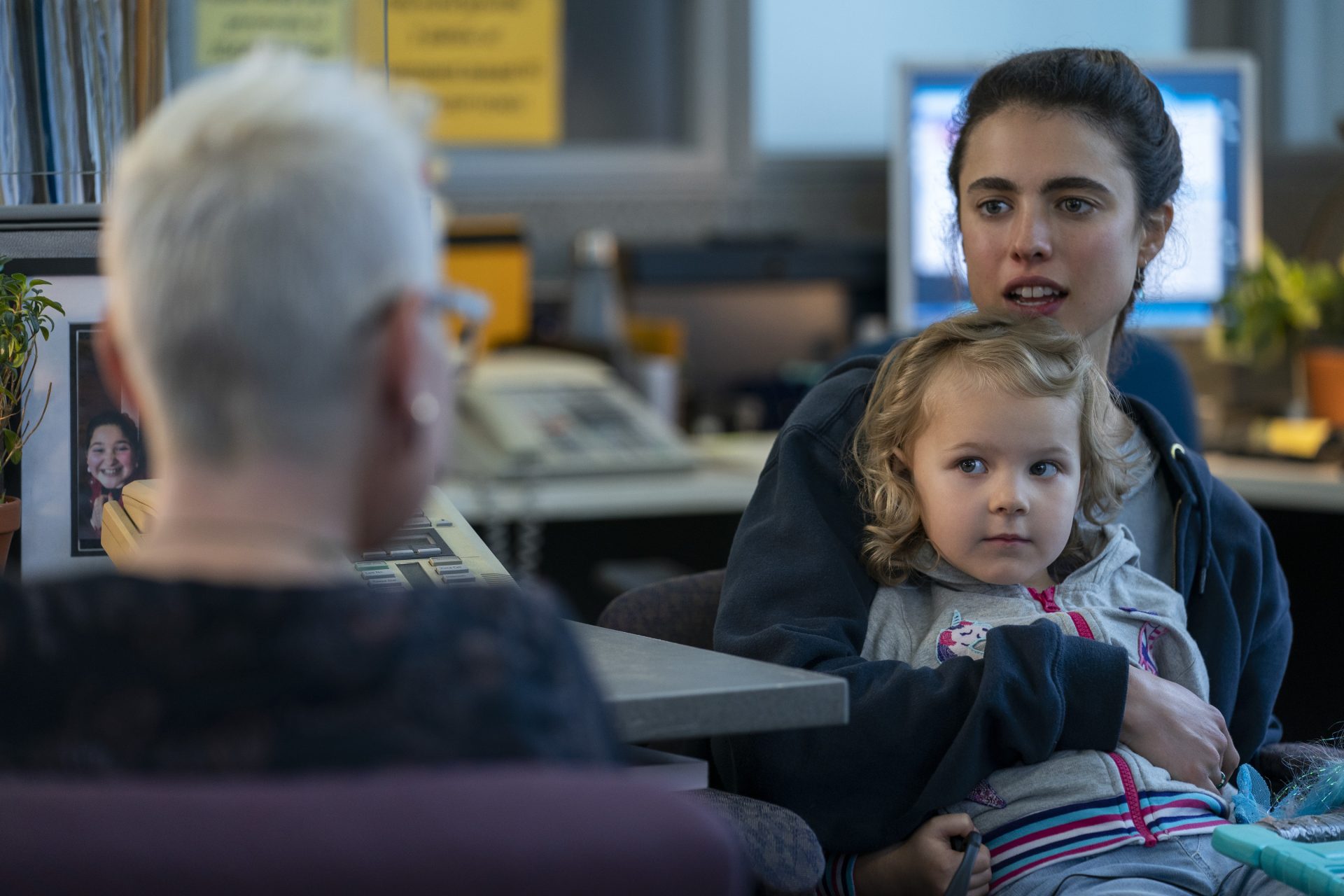 It’s just one of the many stories – across literature, film and television – that are slowly transforming the way violence against women and girls is portrayed in entertainment. This year, dramas like Maryland, the BBC’s televised production of Lucy Kirkwood’s Royal Court play, a visceral response to the murders of Sarah Everard, Sabina Nessa, Nicole Smallman and Bibaa Henry, and Maid, the dramatisation of Stephanie Land’s New York Times bestselling memoir exploring the reality of poverty and survival after escaping an abusive relationship, have been met with widespread praise for their realism.

In recent years, the likes of Big Little Lies starring Nicole Kidman, Apple Tree Yard starring Emily Watson, and Angela Black starring Joanne Froggatt, have been widely lauded for accurate portrayals of coercive control and domestic abuse. Interesting, too, is that most of these examples started their lives as books written by women. Guardian film critic Lucy Mangan doesn’t find this surprising, noting the limitations of even attempting to tell the story of abuse through visual drama. “It’s very difficult to dramatise someone scaring the living shit out of someone else just by the way they stare at them,” she tells me. Books, she says, can do a far better job at portraying the interior life, where so much of the impact of abuse takes place – a profound contrast to the black eye we’re so used to seeing on screens as a shorthand for domestic abuse.

When it comes to plot points, there is also the fact that coercive control, defined as a pattern of behaviour or assaults designed to instil control, dependency, isolation and fear, was made a proper offence in 2015 in the UK – making it an attractive storyline for creators. Again, Mangan says, it isn’t always done right, especially on TV. “Dramas will reach for the most extreme version of events possible, but actually the real terror comes from it being so insidious.”

When I put this question to Helen O’Hara, film critic, editor-at-large at film magazine Empire and author of Women Vs Hollywood, she points to the retelling of sexual violence on the silver screen in the past few years. Among others, O’Hara points out Promising Young Woman starring Carey Mulligan. “That is entirely about the devastation that rape can leave behind for women – on an entire community of people as well as the woman directly affected in the moment,” she says.

She also mentions Revenge, the French rape-revenge movie. “It was sensationalistic, of course,” she says, referring to its blood-soaked, hyper-stylised action movie aesthetic. “But with a female director at the helm it wasn’t sensationalistic in the way it showed the attack itself.” Back on the small screen, Michaela Coel’s award-winning I May Destroy You was similarly recognised for its ability to accurately capture the impact of sexual assault – something Coel had herself experienced.

It comes as no surprise that giving women space to tell their stories, or the stories of other women, makes a huge, positive difference when trying to create more realistic portrayals of violence and abuse against women. Allowing those who have lived experience a voice will create something more authentic and honest, and less problematic. But spend some time asking what’s driving studio execs to fund these stories, and you’ll undoubtedly land on the fallout of #MeToo.

“Commissioners were under pressure to start telling women’s stories in the years following the movement’s explosion, and the easiest way to get that done is by hiring women to write, produce and direct,” says Emily Baker, TV editor at The i. Lucy Mangan, too, hints at something more cynical. In the wake of #MeToo, she says, women became a ‘safer’ option: “Women’s stories, and women doing the job, became more palatable because you could guarantee six months down the line they wouldn’t be held up on a lifetime of sexual predatory charges.” 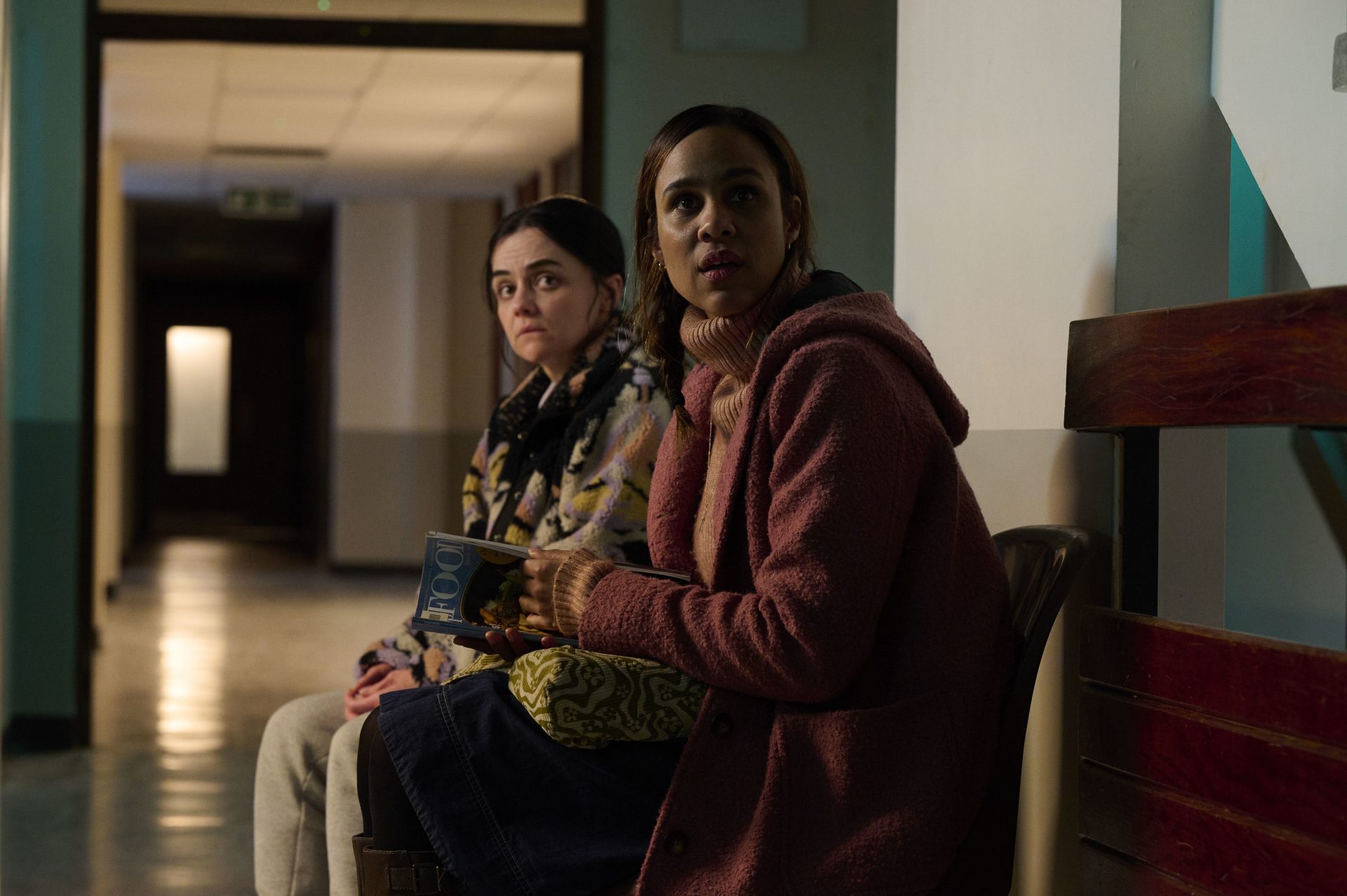 BBC’s Maryland was a visceral response to high-profile recent murders, including Sarah Everard

Despite the prevalence of the movement, however, it hasn’t resulted in an even representation of women in big storytelling jobs. Charlotte Moore, the BBC’s chief content officer, is currently the only woman in charge of any of the five major TV channels in the UK, Baker reminds me. Giving more women top jobs, she believes, is crucial. “Talking about who gets hired as commissioners and directors isn’t very sexy and gets very business-y, but it truly is the key to telling these stories right.” There also has to be a constant consideration of which women get these top jobs. In the news media, white middle-class victims invariably get far more attention – and this is arguably also the case for the stories that make it to the screen.

If there has been a move to get things ‘right’, there’s also a bigger response when people get things ‘wrong’. O’Hara points to the backlash against Sansa’s rape in Game Of Thrones, widely criticised for being unnecessary, and Baker nods to this year’s Love Island. The show received more than 5,000 Ofcom complaints about misogynistic behaviour. Women’s Aid released a damning statement, and ITV bosses said they would consult with the organisation. Thanks to social media, viewers – and campaign groups – have a voice in rejecting lazy and harmful storylines, something that can be particularly important in regards to shows as popular as Love Island, whose young audience has a higher proportion of domestic abuse victims, while also being the least likely to identify with those terms. By not calling out signs of abuse, such as gaslighting, manipulation and possessiveness, on a show about finding love, viewers might assume these are features of a ‘normal’ or ‘healthy’ relationship, stressed Women’s Aid.

There is still undoubtedly work to be done. “The question of violence against women in a broader sense is something Hollywood is still figuring out,” says O’Hara. Baker, too, has noticed that stories of violence against women, even when depicted carefully, are often used as a “starting point to generate a story about a man”. She points to Black Bird on Apple TV+ and Under The Banner Of Heaven, on Disney+ – popular shows which both used either the rape or murder of women as a starting point for a plot ultimately about men.

Moving forward, the real challenge is for commissioners across all formats to keep paying women to tell stories that are clever, subtle and true or, as Mangan put it, “stories which show what women have always known, even if they’ve never articulated it”. Book publishing has perhaps been the most committed to this endeavour, with some even asking if it’s gone too far in its quest to promote female authors. (FYI, that’s a hard no from us.)

Popularity, of course, helps. Maid was the fourth most watched Netflix drama of 2021, with a staggering 67 million viewers. Louise Doughty’s thriller Apple Tree Yard, which BBC One’s much-watched drama was based on, was sold in over 30 countries, and the book reached number two on the Sunday Times bestseller list. Louisa Joyner, the associate publisher of Faber and editor of Thomas’s novel, points out that while publishers are always on the lookout for female-centred voices, the interest in diversity of storytelling will forever compete with money and sales – they will only continue to be commissioned if they sell, essentially.

So, do we actually want different stories about abuse? “Audiences are tricky beasts,” Mangan adds. “They don’t know what they want until you give it to them.” I would venture the answer is yes – years on from #MeToo, and with recent high-profiles murders of women such as Sarah Everard and Sabina Nessa, there’s a renewed frustration towards anything that continues to minimise violence against women. As Baker puts it, “It’s getting harder and harder to see dead women or women in hopeless situations as ‘entertainment’ when it feels like the real grim stories are on the news every other day”.

When it comes down to it, we don’t just want better stories about the insidious ways women face abuse and misogyny, we need them.