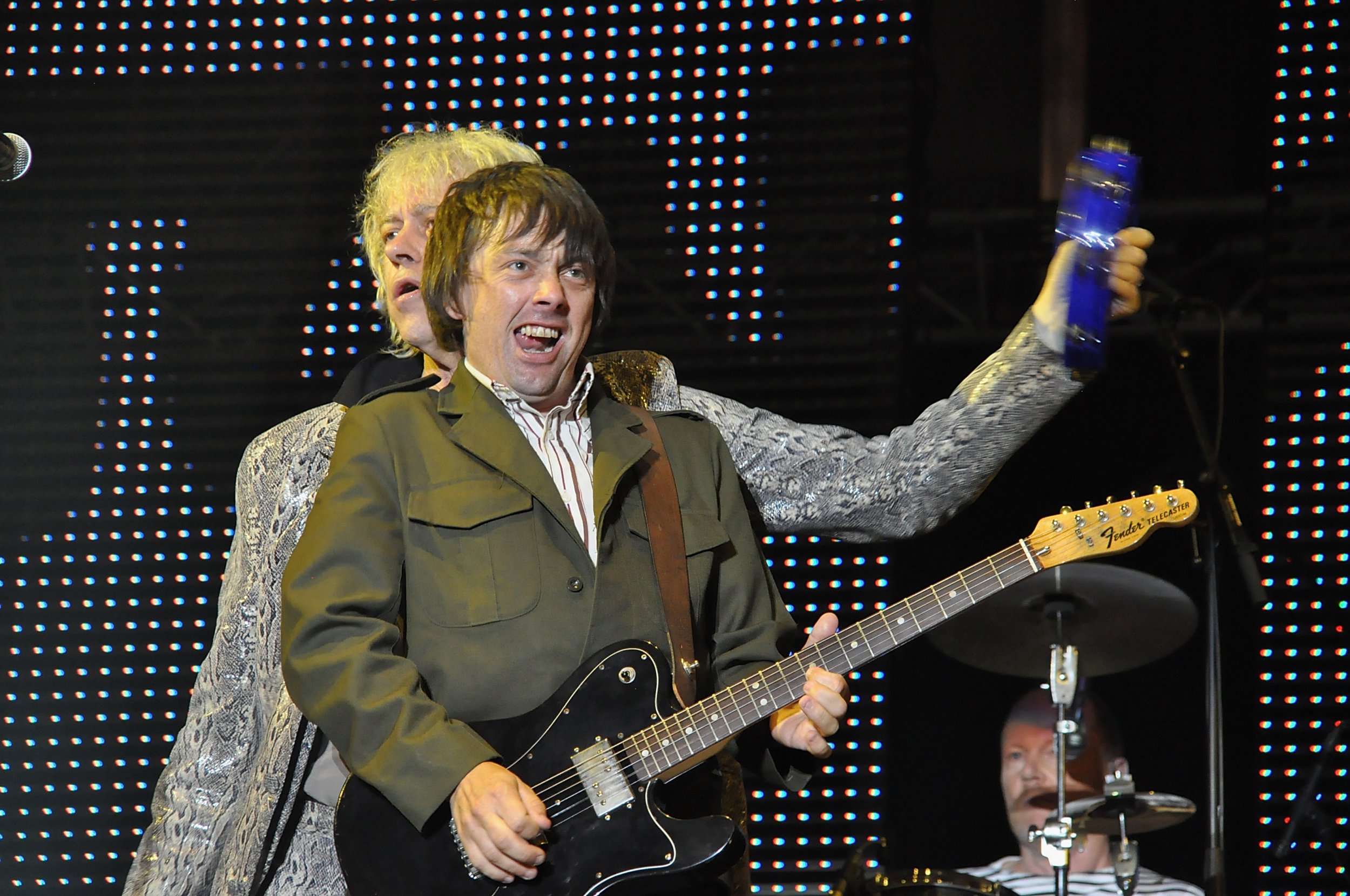 The Irish rock group announced the news in a statement that described the musician as ‘the guy who summed up the sense of who The Rats are’.

Roberts was a founding member of the band, which formed in Dublin in 1975 fronted by lead singer Bob Geldof.

‘It is with a very heavy heart that the members of Boomtown Rats announce the death this morning of Garry Roberts,’ the statement read.

‘The remaining members of the band, Pete, Bob and Simon, Darren and Al extend their deepest sympathy to his family and friends.

‘On a clear spring evening in 1975, in a pub in Dun Laoghaire, Co Dublin, Garry became THE founding member of what turned out to be a great rock ’n’ roll band, driven largely by that sound of his – a storm of massive considered noise that punched out from his overtaxed amplifiers and which animated not just the rest of the group but audiences he played to around the world.’

It continued: ‘For fans he was The Legend – and he was. For us he was Gazzer, the guy who summed up the sense of who The Rats are.

‘We have known Garry since we were children and so we feel strangely adrift without him tonight. Safe travels Gaz. Thanks for everything mate.’

The statement was signed by members of the band, including Geldof, bassist Pete Briquette and drummer Simon Crowe.

Roberts was one of the group’s founding members and is said to have been instrumental in them settling on Boomtown Rats as a name.

He reportedly threatened to quit unless they changed their name from The Nightlife Thugs.

Their new name was chosen by Geldof after he read the phrase in US protest singer Woody Guthrie’s autobiography, Bound for Glory.