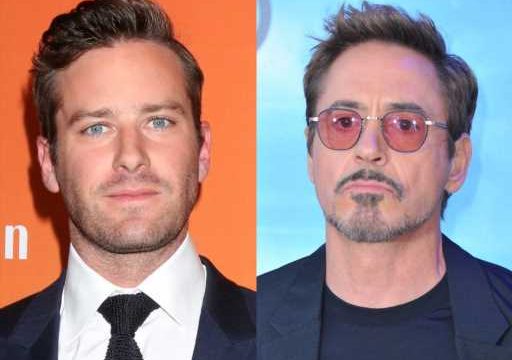 Armie Hammer’s fall from grace in Hollywood was major — it involved allegations of sexual violence, infidelity, and addiction. The horrific stories, from at least three women, triggered an investigation by the Los Angeles Police Department (no charges were ever filed) and the 35-year-old actor watched every project he was attached to fall away, leaving him without an income.

It seems that Hammer was not alone at this moment because one entertainment industry A-lister reportedly funded his six-month stay in rehab in Florida: Robert Downey Jr. The Iron Man star, who had several very public incidents during his years of addiction, was the one who encouraged the Call Me By Your Name star to seek treatment, according to a Vanity Fair source. While paying for a nearly half-year stay at an elite facility to help a friend out sounds noble, it has to be an unexpected traumatic chapter for Hammer’s alleged victims.

Hammer  is now out of rehab and Downey’s support is continuing to this day. After it was recently reported that Hammer was working as a time-share salesman in the Cayman Islands where his family resides — something his rep “can’t confirm or deny”  —he, along with Chambers and their two kids, Harper, 7, and Ford, 5, flew to Los Angeles to seek refuge from the media attention. And yep, you guessed it, they are staying at Downey’s house. Even as Hammer is struggling financially, he’s getting a lifeline from the former Marvel star. If this were just an addiction case, this would be a feel-good story of someone getting a second chance and turning their life around — but the rape and emotional abuse allegations against Hammer are ugly.

That issue might not matter to Downey, who was rescued from his own darkness, thanks to another controversial actor, Mel Gibson. So it seems that troubled, but privileged, people have no problem rescuing each other no matter what the collateral damage is — the men will always be OK in the end.

Before you go, click here to see celebrities who have struggled with drug or alcohol addiction.