Think of the Moira wigs! Annie Murphy is ready for the Rose family to reunite on the big screen — and has been trying to convince costar and cocreator Dan Levy.

“I mean, I’ve been sending Dan $5 a day in the mail as a bribe. So far, I have not heard back about a movie officially. But, oh, my God, I would be just over the moon if that ever came to pass because I miss everyone so much every day,” the 35-year-old actress exclusively told Us Weekly of a potential Schitt’s Creek film. “Just to see Moira again, I would pay a lot of money to do that.” 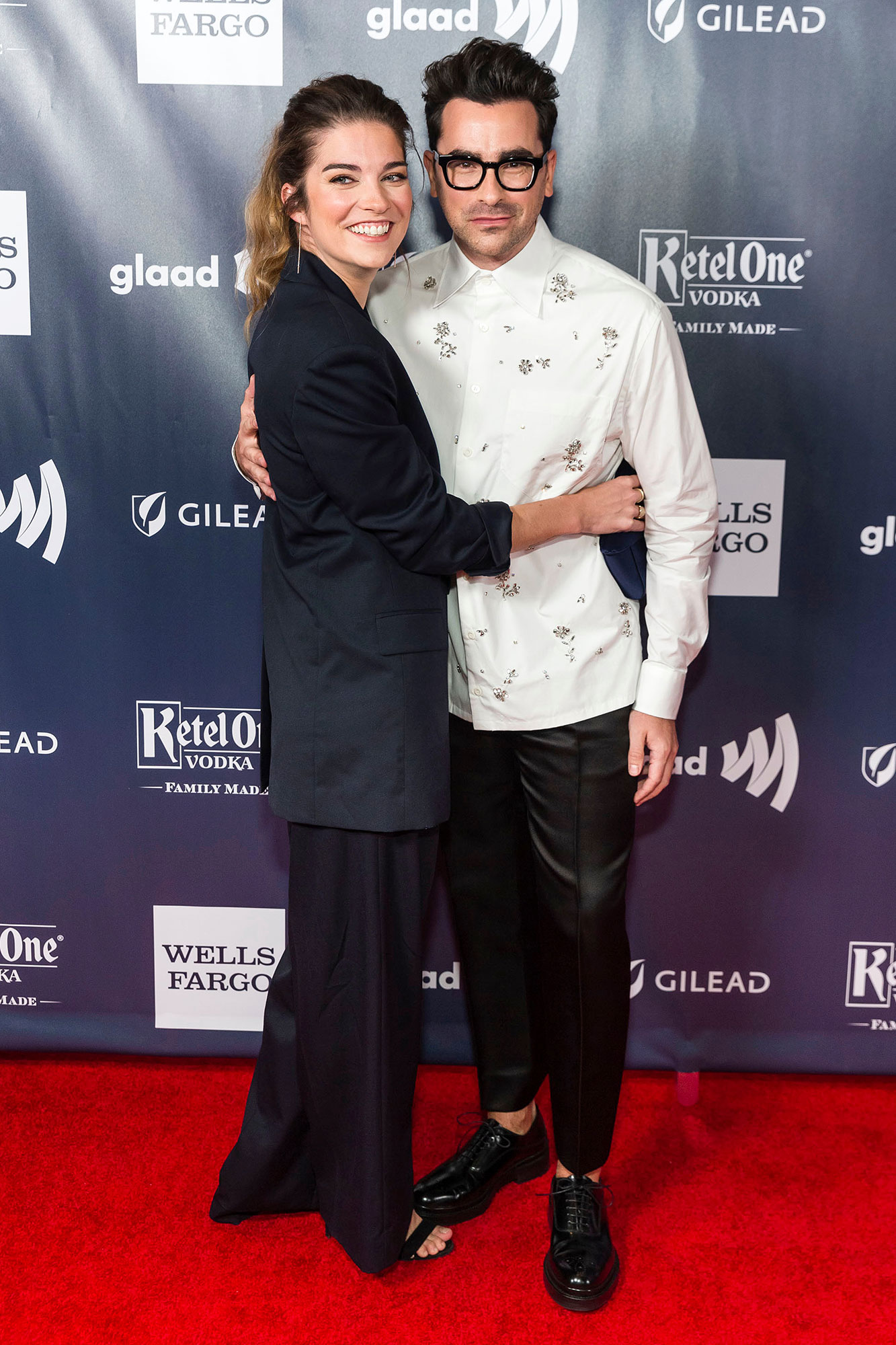 “Did David and Patrick adopt a kid?” Murphy asked, theorizing a focus for the film. “I sure hope Alexis doesn’t because I think she is perhaps not quite in that yet, but, I don’t know. I just want to see everyone on screen again and I will be a happy camper. … We were very lucky to have an amazing group of writers on this show. My mom and dad have been rewatching the show because they miss me and my mom keeps reminding me of lines that I’d completely forgotten about.”

“Ew, David,” of course, has been said countless times during the show’s six seasons. “I tried to say, ‘Ew, David!’ as much as humanly possible while we shot. I don’t have a tally. I’m sure there is a tally out there somewhere. It’s in the hundreds. I would imagine,” Murphy told Us. “‘Ew, David!’ has definitely followed me and it’s continuing to follow me and I’m not angry about it. Although I think Dan gets ‘Ew, David!’ yelled at him a lot. And sometimes just ‘Ew!’ So, like, on a bad hair day or something like that, I can’t imagine that would be too good for the old self-esteem, but I I’m enjoying every minute of it.” 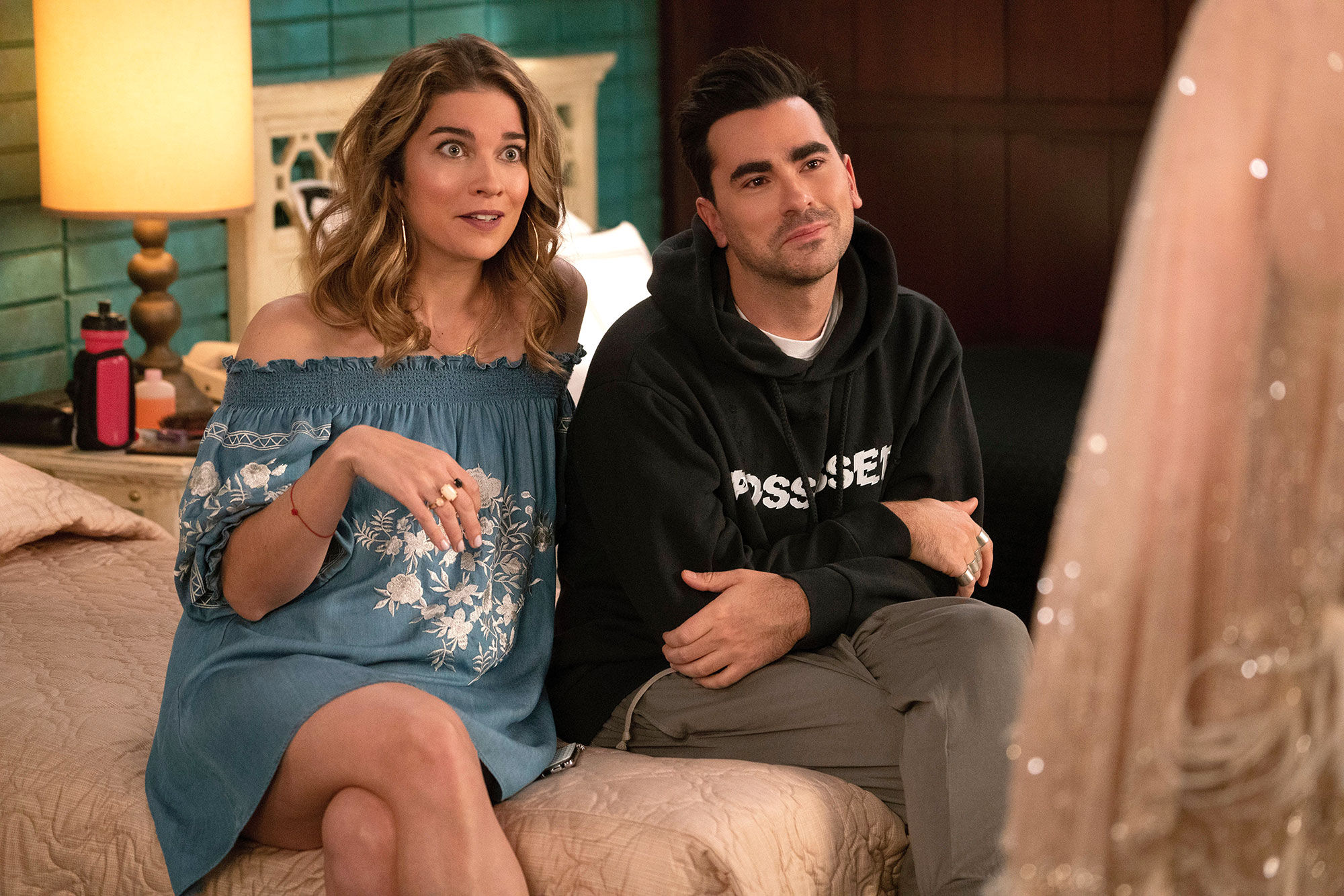 She added: “I think as much as ‘Ew, David!’ has become something that I had never dreamed it would become, I think one of my favorite lines, which Dan gives me credit for it, and I don’t know if I deserve it, but I think in the first episode with the, ‘You get murdered first!’ I think what I do deserve credit for is the ‘for once.’ I think I did add that on. She started big with the one-liners and just pushed through.”

“We have some kind of, like, cosmic connection in the sense that I’m sure that we were an old married couple in a previous life, or, you know, he was my mom or something like that. I don’t know what it is, but we right out of the gate had this very strong sibling connection. And we just knew how to push each other’s buttons,” she explained. “It was so much fun to play because I don’t have a sibling. I’m an only kid. And so, to be able to be a little sister to someone was such a wonderful, wonderful treat for me. We really clicked into the brother sister thing. It wasn’t really an issue of breaking cause we were just on the sibling level, so, so hard. I just, I really miss doing scenes with him.”

Moving on to another show was “absolutely terrifying” for Murphy. In February 2020, it was announced that she would lead the ABC dark comedy Kevin Can F—k Himself.

Celebrities Who Found Best Friends in Their Costars

“I’d done Alexis for six years and I was like, ‘Wow, can I do anything else?’ And the character is such a departure from Alexis,” she told Us. “But the cast and the crew were the absolute best and made the transition super, super easy. And the show — I’m so proud of it. I’m really, really excited for people to see it because it’s about a woman who’s just sick of all the bullshit and is angry and is wanting a change in her life. And I think that a lot of people — especially now — can really identify with that. I hope that it does speak to a lot of people and let them know that they’re not alone.”