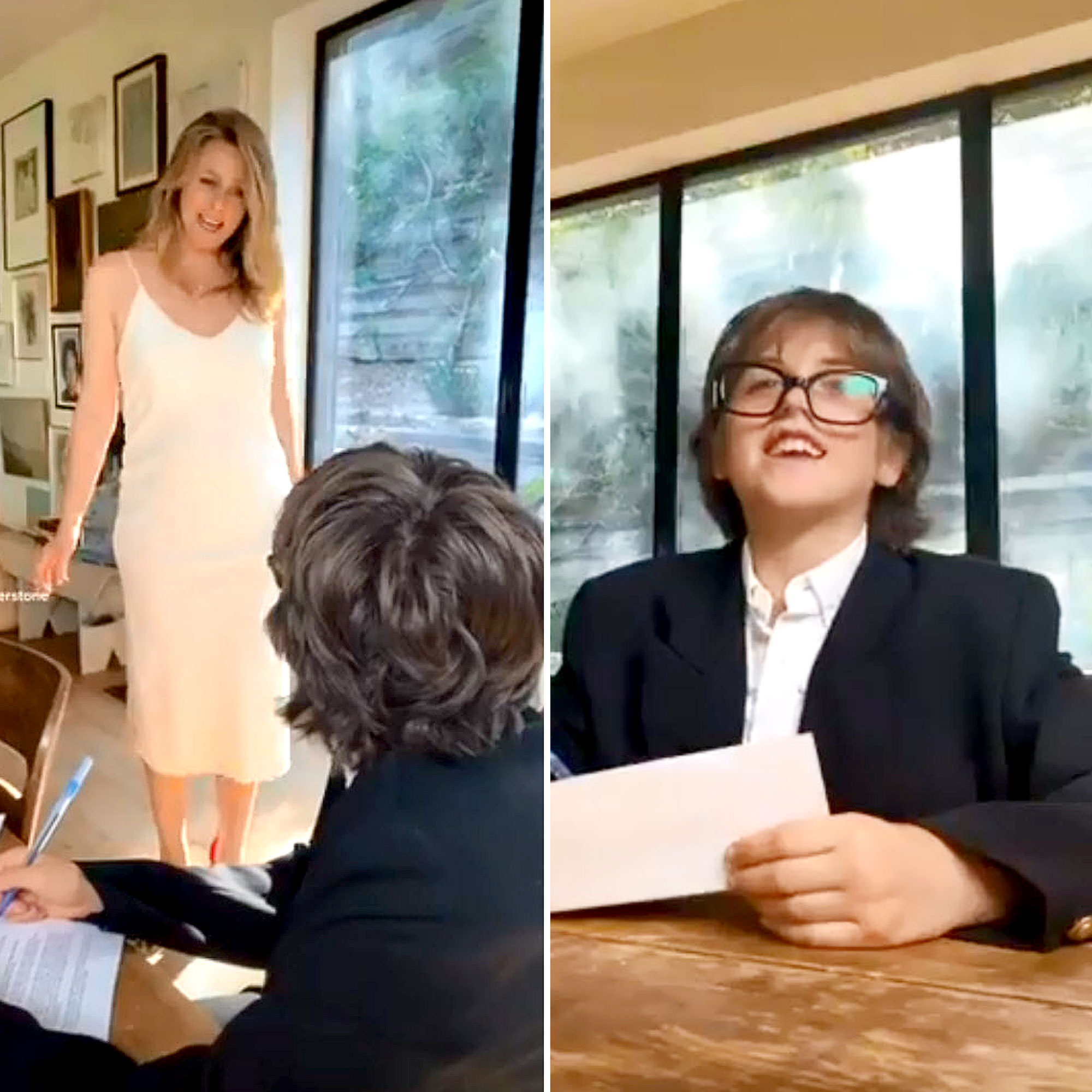 You’re not totally buggin’ — that’s Cher! To celebrate the anniversary of Clueless on Monday, July 19, Alicia Silverstone recreated another one of the film’s iconic moments with the help of her son.

‘Clueless’ Cast: Where Are They Now?

“What’s up daddy?!” the Baby-Sitter’s Club actress wrote via Twitter on Monday, July 19, along with a laughing crying emoji. “Today marks 26 years since #Clueless premiered!”

She paired the caption with a TikTok of her and her son, Bear Blu, 10, acting out a classic father/daughter scene from the movie — the part where Cher’s father, Dr. Mel Horowitz (Dan Hedaya), questions his daughter’s outfit choice before a date with Christian (Justin Walker).

Bear, who Silverstone shares with her ex-husband, Christopher Jarecki, took on the role of Mel for the clip, while the California native reprised her signature part.

“Cher, get in here,” mouthed the 10-year-old, dressed adorably in an oversized jacket and glasses. “What the hell is that?”

As always, Silverstone — wearing a white slip dress reminiscent of her ‘90s costume — delivered her lines perfectly as well.

In a separate tweet, the MTV Movie Award winner shared some behind-the-scenes photos from the video’s shoot.

“Loved playing dress up with Bear for our #Clueless TikTok! Just look at how cute he is in the oversized jacket and those glasses,” she wrote via Twitter on Monday.

“So we all agree she and Paul Rudd could EASILY reprise their roles?” one TikTok user commented on the video. “This scene! The amount of times my friends and I screamed, ‘It looks like undawea!’ at each other when wearing little dresses. Iconic,” another added.

Last month, Silverstone made headlines when she joined TikTok with a separate scene recreation. In the video, she walked forward in a yellow plaid jacket reminiscent of Cher’s oft-replicated look.

“Ugh! As if … I wouldn’t join TikTok,” she captioned the post, adding, “😉💛😘 #Clueless #AsIf.” Bear made a cameo in the video as well, putting his arm around his mom as she mimed the line, “Ew, get off of me!” After the necessary “as if” lip sync, the mother-son duo revealed there were no hard feelings between them with a hug.