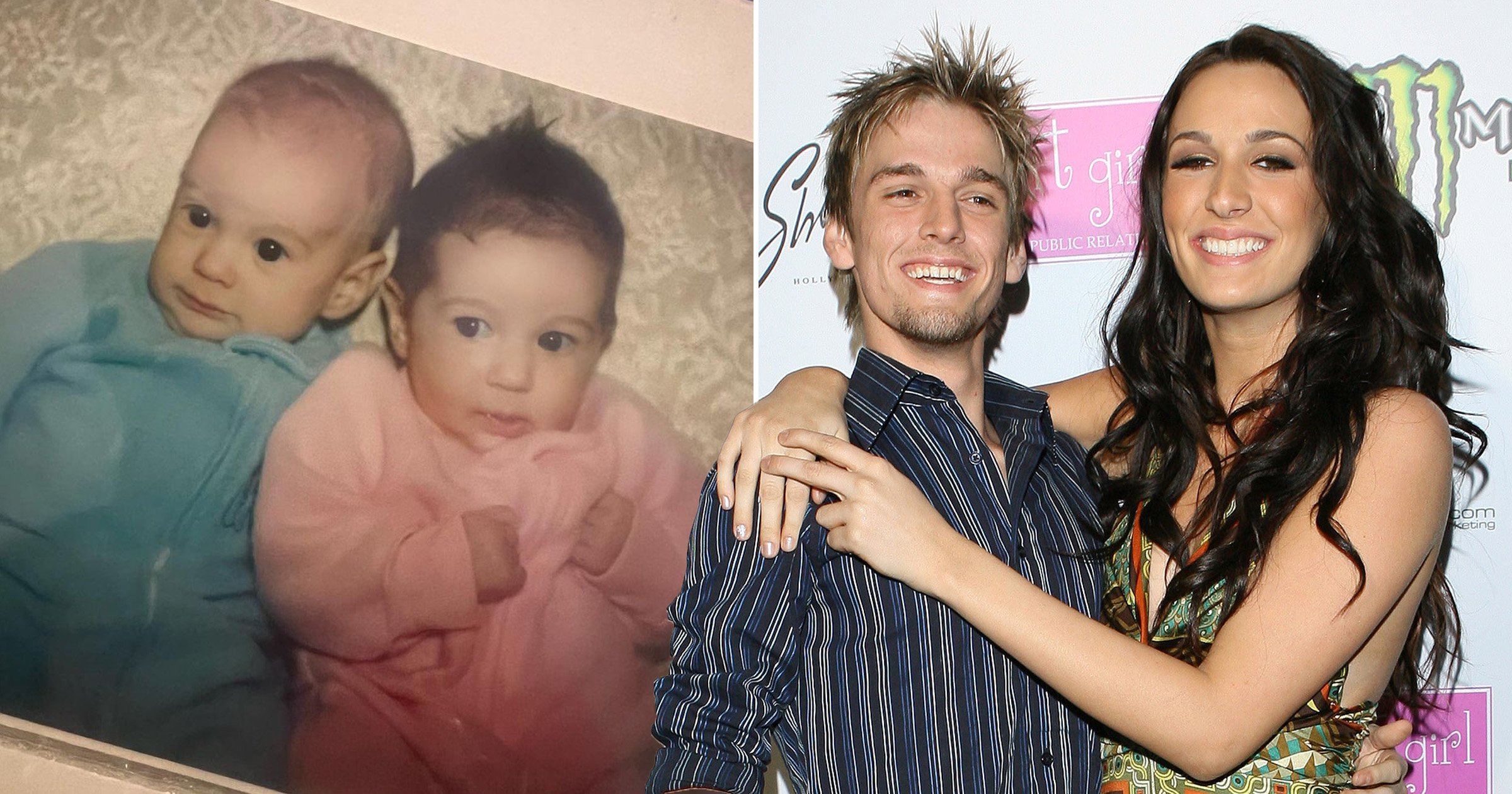 Aaron Carter’s twin sister has paid tribute to her brother following his shock death at the age of 34.

Reps for the child star confirmed the news on Saturday, stating that a cause of death is being investigated after the rapper was reportedly found in the bathtub at his home in California.

Tributes for the I Want Candy pop star have flooded in, with the likes of his ex-girlfriend Hilary Duff writing that she loved him ‘so dearly’ when they dated in the 2000s.

Remembering her twin sibling, Angel Carter shared a series of sweet baby photos of the pair, showing them in the hospital after birth and dressed in matching outfits as toddlers.

‘To my twin… I loved you beyond measure,’ she began in her Instagram caption.

‘You will be missed dearly. My funny, sweet Aaron, I have so many memories of you and I, and I promise to cherish them.

‘I know you’re at peace now. I will carry you with me until the day I die and get to see you again. 💔’

Her followers flooded the comments with messages of love and support, with one writing: ‘Incredibly sorry for your loss. I wish he saw all the out pouring love for him’.

‘Angel we are lifting you guys up in prayers as you mourn. I pray Aaron has finally found the peace he needed. Just heartbroken for you @angelcharissma’, penned another.

Carter had several other siblings, including sister Leslie, who died of a drug overdose in 2012, aged 25.

He and Nick had a tumultuous relationship, as Carter frequently supported his brother’s band on tour when he was younger.

But, in 2019, Nick, along with Angel, filed a one-year restraining order against Aaron, which was granted two months later, following ‘alarming behaviour.’

Following the news of Carter’s death, his reps requested privacy for his loved ones, adding that the family will ‘have more information when available.’

Their statement concluded by showing gratitude for those paying tribute: ‘We cannot express the outpouring of love coming in.’

Carter shot to fame when he released his debut album at the age of nine, going on to become a Nickelodeon regular.

Along with older brother Nick, and B.J., Leslie and Angel, they appeared on the series House of Carters in 2006, and Carter also competed on Dancing with the Stars in 2009.

Carter later transitioned into rap music, with his songs including Reload the Wesson, and I’m All About You.