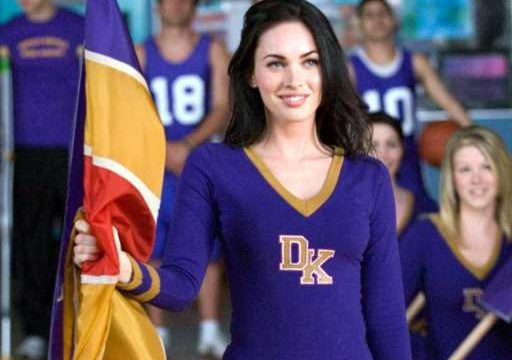 The Super Bowl always brings a day of great celebrations — and not always for the football. Sure, you might be rooting for your favorite NFL team, but there are also those of us who are in it for the spectacle. We’re the ones who want to see the celebrity cameos in the commercials, the halftime show with The Weeknd and yes, we love the snack offerings the big game delivers. We also can’t forget how important cheerleaders are to sports, especially for the game of football.

It’s often a rite of passage to be on the cheerleading squad in high school, but some celebrities have gone on to cheer in college or even for a professional sports team. Several former U.S. presidents even spent time rooting on their classmates along the sidelines, including George W. Bush, Ronald Reagan, and Franklin Delano Roosevelt. But there’s one thing we would like to remind everyone of when they watch this year’s professional squads hyping up the Tampa Bay Buccaneers and the Kansas City Chiefs — cheerleaders are athletes.

If there’s anything that Netflix’s Cheer docuseries taught us, it’s that a lot of hard work, sweat, and tears go into practice, and making it on the mat for competition is the ultimate goal. The teams may spend time riling up the crowds at sporting events, but they look forward to showing off their real flair in national competitions. There’s so much heart in what they do and that’s why we celebrate everyone who has ever grabbed a pom pom or a megaphone and cartwheeled along the sidelines.

Read on for 10 stars who were once cheerleaders — some of these names might surprise you!