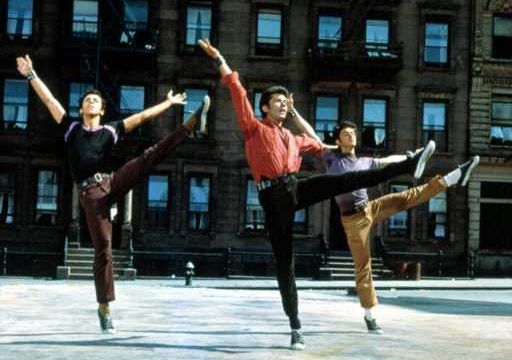 60 years ago, a movie musical came along that offered a modern interpretation of Shakespeare’s tragedy Romeo & Juliet and a subtle reading on the American Dream. Six decades later, West Side Story is returning to movie theaters under the direction of Steven Spielberg with a script by Angels in America playwright Tony Kushner. The movie, drawing from the original source material of the 1957 musical, has already earned swaths of praise for Spielberg’s vision, the accomplished young cast’s performance, and for reinvigorating what so many of us love about the movies.

While we’re excited to dive into Spielberg’s vision, we’re having trouble letting go of the 1961 original along the way, and know it must have served as a huge inspiration as Spielberg and his collaborators as they adapted the musical a second time around. The original movie musical adaptation was co-directed by Robert Wise and the film’s choreographer Jerome Robbins, and starred marquee talent Natalie Wood and Richard Beymer in the lead roles, with two Academy Award-winning performances in the supporting cast from George Chakiris and Rita Moreno.

From its central story of star-crossed lovers to its troubling reflection of the racial divides in America, West Side Story is unassailably one of the greatest musicals out there, and filled with song and dance numbers by which you cannot help but become mesmerized. Leonard Bernstein and Stephen Sondheim’s lyrics are unforgettable. This new adaptation is ready to inspire a whole new generation of audiences to witness the story of Maria and Tony.

But before you head to the theater for this magical story, let’s look back at why the 1961 film is so beloved. Take a look at 10 of our favorite stills from West Side Story.