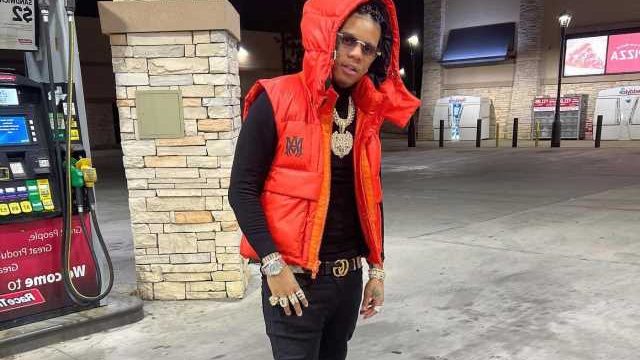 After having his ankle monitor removed, the ‘That’s on Me’ spitter, born Markies Deandre Conway, reveals that he will drive around just to clear his mind.

AceShowbiz –Yella Beezy is celebrating his freedom. After the dismissal of sexual charges against him, the “Bacc At It Again” rapper took to social media to share a video of his ankle monitor being taken off.

Hours after sharing the clip on Instagram Story, the 30-year-old hip-hop star divulged that he wanted to do something to clear his mind. “I’ll literally drive for a hr or 2 in silence with no destination just to clear my mind …… s**t really peaceful!!!!” he penned.

The posts arrived after officials dropped two counts of sexual assault and child endangerment or abandonment against Beezy. In addition, the charges were no-billed, meaning that his attorney can have them expunged from his record.

Beezy was arrested on suspicion of sexual assault, child endangerment or abandonment and unlawful carrying of a weapon in Texas in November 2021. More than a week later, details came out of a woman accusing the emcee of raping her on a first date.

According to legal docs obtained by TMZ, the woman said Beezy reached out to her on Instagram in late April, asking if she was looking for a new friend. After a few exchanges, she said he asked her out and they agreed to meet up for a dinner and some bowling afterward in Dallas.

After enjoying their meals, Beezy and the woman went to his apartment, where the rapper allegedly asked her for a massage. The woman additionally claimed that the hip-hop star started forcibly kissing her and pulling up her dress. Though she repeatedly said “no,” he allegedly forced himself on her. The woman eventually was able to break free and leave his place.