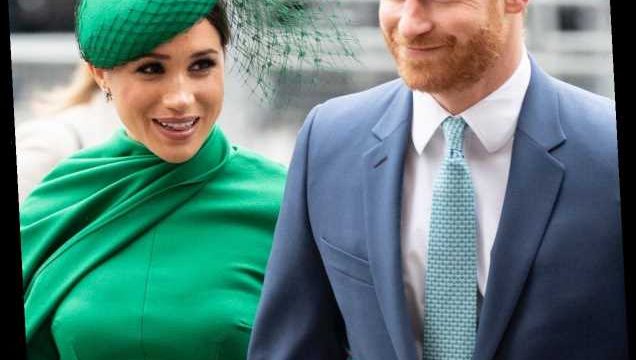 Meghan Markle and Prince Harry announced they’re expecting their second child on Valentine’s Day, but they didn’t share many details about The Duchess’ second pregnancy. Fans are asking questions left and right, hoping to learn more about Meghans baby-on-board. For those wondering when Meghan and Harry’s second baby is due, here’s everything to know.

The royal couple let the world in on the news in the sweetest way possible, sharing a black and white photo revealing Meghan’s baby bump. She and Harry both flashed wide smiles in the photo, and a spokesperson for the royal couple confirmed they were "overjoyed" to be expecting again.

The couple hasn’t shared their exact due date just yet, but, through the grapevine, fans are able to gain a general idea of when to expect their new addition. According to a source who spoke with Us Weekly, the baby will be here before we know it.

“Harry and Meghan have always wanted a couple of kids — a little brother or sister for [their son], Archie, and they’re excitedly planning for the arrival of their bundle of joy,” the insider shared, adding that Meghan became pregnant toward the end of last year. "The baby is due at the end of spring.”

The news was especially sweet to hear after the couple endured a pregnancy loss in summer 2020, which they eventually told the world about in November. Meghan penned an emotional op-ed for the New York Times describing what she went through.

“I knew, as I clutched my firstborn child that I was losing my second,” she wrote. “Hours later, I lay in a hospital bed, holding my husband’s hand. I felt the clamminess of his palm and kissed his knuckles, wet from both our tears. Staring at the cold white walls, my eyes glazed over. I tried to imagine how we’d heal.”

As they continue healing from loss, Meghan and Harry are welcoming new beginnings with open arms.