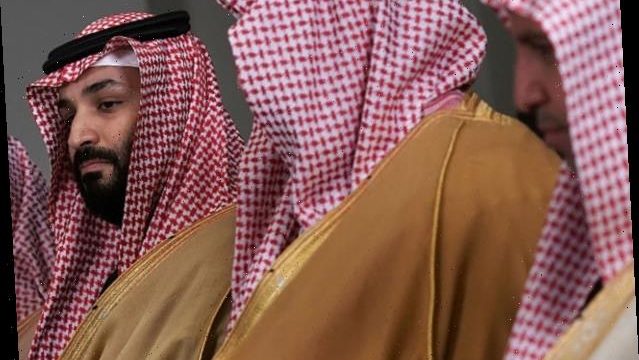 Golden Globes Have Kept More Viewers Than the Oscars, Emmys and Grammys

What Do We Do About Saudi Arabia and Jamal Khashoggi? The Truth Demands Action

The Biden administration needs to institute sanctions, issue a formal condemnation or take some other measure. This will also guide the response of America’s business leaders — including in media and technology

What to do about Saudi Arabia and this nasty Jamal Khashoggi problem?

On Friday, the White House released a report by U.S. intelligence that confirmed what journalists, documentarians and members of Congress already understood: that Saudi Arabia’s crown prince Mohamed Bin Salman approved the savage operation to murder and dismember dissident Saudi journalist Jamal Khashoggi, a U.S. resident at the time of his death at the Saudi consulate in Istanbul, Turkey, in 2018.

It’s a sticky situation. Now that it’s official that the 35-year-old de facto ruler of Saudi Arabia was responsible for this heinous act, the United States needs to decide how to act. And so do the rest of us.

So much damage over the four years of the Trump presidency needs to be undone. And one of those critical areas is in reestablishing our values abroad after our government allowed dictators to slide and autocrats to feel comforted while the U.S. looked the other way on human rights abuses.

Bin Salman is a terrifying human being, at once charming and fully given over to evil. (“Evil” is not a word I use often since I prefer to offer facts rather than judgments. But I don’t know what else to call the moral abyss that led to what happened to Khashoggi, a critic of the kingdom whom MBS found intolerable.)

Hollywood fell at MBS’ feet when he came to town in 2018, dangling billions of dollars in investment in entertainment and media, as Saudi Arabia has already done in U.S.-owned technology firms from Tesla to Uber to Magic Leap. The power elite vied for private time with him, wined and dined him at multiple dinners, and reported back that MBS was extremely impressive. Educated. Forward-looking. Articulate. Visionary, even.

At the time MBS had already arrested Loujain Al-Hathloul, the woman tortured and held in solitary confinement for driving her own car in defiance of Saudi law. (She was released earlier this month after spending nearly three years in prison — and nearly three years after the country lifted its ban on women driving.) He had already locked up family members and confiscated their businesses. And he had already pursued a vicious war in Yemen that has led to an ongoing humanitarian catastrophe.

But the murder of Khashoggi crossed some invisible line of acceptable conduct for a sovereign nation. Bryan Fogel’s film “The Dissident” exposed the nauseating recording of the murder itself. And so now that we have officially stated aloud the fact that the government ordered the operation — it is an atrocity that we ignore at our peril.

Biden promised an announcement on Monday “as to what we are going to be doing with Saudi Arabia generally.” But White House insiders have indicated there are no plans for sanctions against MBS or the regime beyond some punitive measures taken on Friday against a handful of Saudis believed to be involved in the killing.

That is deeply disturbing.

Granted, Saudi Arabia is an important ally in the complex foreign policy puzzle that is the Middle East, where I started my journalism career. And MBS is a young ruler who likely has many decades in power ahead of him — not unlike Kim Jong-un in North Korea. And yes, Saudi Arabia is a key counterbalance to the threat of Iran.

But we cannot continue to behave as if Saudi Arabia holds the leverage here. We have the leverage. We no longer rely on Saudi oil so there is no longer a threat to America’s energy supply. Sometimes I wonder if our foreign policy establishment got that memo. Why do we cower from condemning a country that depends on allies like the U.S. for its credibility in the region? What are we afraid of?

Saudi Arabia needs the U.S. to maintain its regional dominance and stability, not the other way around. Diplomacy is difficult and the Middle East is confounding. But the Biden administration needs to act in either adopting sanctions, issuing a formal condemnation or some other measure.

This will also guide the response of America’s business leaders — including those in media and technology — in whether and how to do business with the Saudi kingdom.

Telling the truth is difficult, because it brings with it a responsibility to act upon that knowledge. We have stated the truth. Now we need to act.

The post-Trump era does not put our democracy out of danger, it merely pulled us back from the brink of disaster. How we behave toward MBS and Saudi Arabia will be a bellwether for restoring our credibility as a bulwark against tyranny.