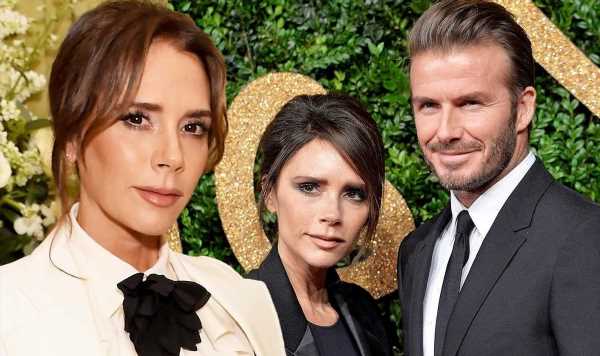 Victoria and David Beckham got the go ahead last week to build a log store at their £6m Cotswolds home. The couple had applied for a planning permission that was initially met with some concern over its environmental impact.

David and Victoria were accused of “flying in the face” of the Government’s Clean Air Strategy by an objector who suggested they should use more eco-friendly alternatives.

The objection from a member of the public read: “I object to this application as it is a log store to keep wood to be burned dry.

“This flies in the face of the Government’s Clean Air Strategy.”

The objector concluded the statement by adding: “Save the Planet.”

The planning officer responded to the individual’s environmental objection explaining that the plans included “minor” changes.

They stated: “The principle of development is established and the proposed design changes will result in no material impact with regard to neighbourly amenity, highways, ecology or drainage.

“The proposed design changes, as described, echo the forms and materials of the approved structure and would therefore appear in keeping with the character of the site.

“The changes are considered minor in nature and would be barely perceptible from off-site meaning the wider visual appreciation of the proposed changes would be negligible.”

The new approval comes after the Beckhams’ successful application for an outhouse at the Grade II listed Cotswolds property.

However, the previous planning permission required that the building provides an “attractive environment for nesting birds and bats.”

The recent application was filed in April to change a condition on the existing permission.

This application is still being evaluated by the council.

The couple must also “ensure that bats, birds, badgers, hedgehogs, reptiles and amphibians are protected in accordance with The Conservation of Habitats and Species Regulations 2017 and the Wildlife and Countryside Act 1981”.

Also not allowed is the addition of any outdoor fixtures which “would directly illuminate the bat box or the hedge-row without prior approval to protect roosting, foraging or community bats”.

Victoria and David bought the Cotswolds property back in 2016 and are said to split their time between there, London and Miami.

The couple celebrated Father’s Day yesterday and the day was marked by Victoria who wrote a heartfelt tribute to her husband on Instagram.

The singer-turned-fashion designer shared a series of pictures of David with their four children as she praised him as “the most loving Daddy in the world”.

In view of her 30.1 million followers, Victoria wrote: “Happy Father’s Day to the best, most loving Daddy in the world!!

“We all love you so much @davidbeckham, you are our everything.”