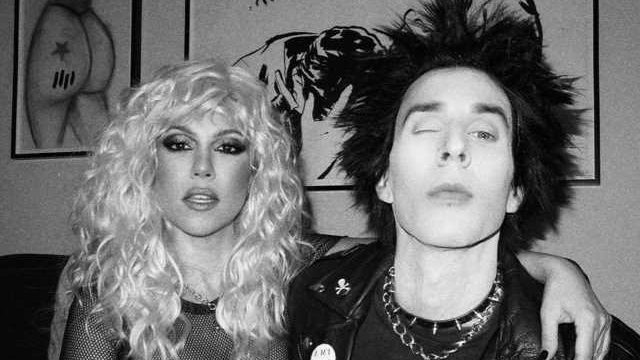 The Blink-182 drummer and the ‘Keeping Up with the Kardashians’ alum wear the costumes when stepping out in Malibu for the NoCap x Travis Barker House of Horrors concert.

AceShowbiz –Travis Barker and Kourtney Kardashian pulled out all the stops for Halloween. The Blink-182 drummer and the Poosh founder, who got engaged nearly one week ago, made an impression as they dressed up as late Sex Pistols bassist Sid Vicious and his gilfriend, Nancy Spungen.

The 45-year-old musician and the former “Keeping Up with the Kardashians” star wore the costumes when they stepped out in Malibu for the NoCap x Travis Barker House of Horrors concert on Tuesday, October 19. The twosome finally shared pictures of their look on Friday on their respective Instagram accounts.

“till death do us part,” the mother of three wrote in the accompaniment of the post. Meanwhile, Travis offered a different caption as he noted, “Throw away the key.”

When channeling Sid, the father of two wore a spiky black wig, a leather jacket and pants that he paired with a studded belt. His reality TV star fiancee, on the other hand, sported a curly blond wig with a see-through mesh shirt, black bra as well as leather pants.

This arrived after Kourtney and Travis got engaged on Sunday, October 17. The ex-husband of Shanna Moakler popped the big question at Rosewood Miramar Hotel in Montecito, California. When confirming the engagement, the daughter of Kris Jenner shared two snaps from the special day on Instagram and captioned the post, “forever @travisbarker.”

Later on Wednesday, Kourtney treated her online devotees to more pictures from the proposal. In one of the snaps, which were posted on Instagram, the lovebirds could be seen smiling ear-to-ear as they embraced each other after she said “yes.”

In another photo, the older sister of Kim Kardashian was seen kissing her new fiance as he got down on his knee. “I woke up all night thinking it was a dream,” so she captioned the sweet post.