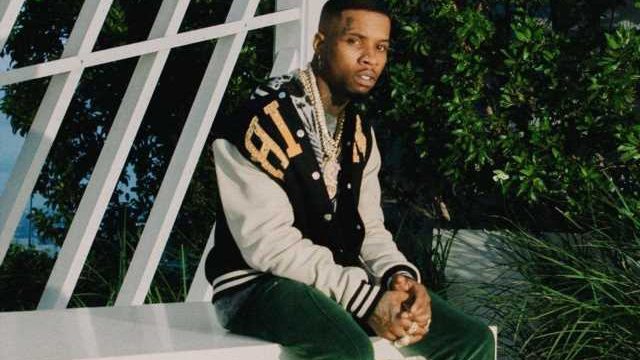 The Canadian rapper’s tweet earns him backlash in no time as one person replies to him sarcastically, ‘I personally would not shoot women,’ referring to the shooting scandal involving Megan Thee Stallion.

AceShowbiz –Tory Lanez is not going to get himself vaccinated against COVID-19. In an apparently deleted tweet, the Canadian rapper shared that he wasn’t convinced enough to let himself get a dose of the vaccine which receives mixed opinion from people.

“I don’t give a damn what these other celeb influencers are telling u to do,” the “Feels” spitter wrote on the blue bird app. The “Quarantine Radio” host went on to say, “I personally would not get the vaccine.”

His tweet earned him backlash in no time as one person replied to him sarcastically, “I personally would not shoot women.” The person was referencing to Megan Thee Stallion‘s assault accusations against Tory, though the latter denied the claims that he shot her during a physical altercation last year.

Demanding Tory to explain why he refuses to get one, one person wrote to him, “This is not a religion where you can justify your advice as an ‘influencer’ with vibes. You not even gonna give one reason?” Another person wrote, “If you’re listening to Tory Lanez for medical advice…,” alongside an emoji of someone facepalming.

His anti-vaxx stance aside, Tory is still in the middle of legal battle after Megan sued him for allegedly firing a gun at her last summer. Back in February, a report suggested that Tory, whose real name is Daystar Peterson, was denied a request to have his gag order relaxed during a hearing at the Superior Court of California in Los Angeles.

Tory, who pleaded not guilty to felony assault and firearms charges, previously filed a motion to seek permission to openly respond to the claims as Megan continued to openly call him out and share her side of the story on social media. He noted in the motion that the protective order filed against him, which prohibits the Canadian from publicly addressing the situation, was “unfair.”

“We have two high-profile celebrities named as the defendant and the alleged victim in this case,” the judge said, noting “the last thing” anyone wants is for social media remarks to be turned into evidence. Defense attorney Shawn Holley also raised concerns by alleging one of the witnesses to the shooting has been “intimidated by the complaining witness,” referring to Megan, although she didn’t mention the hip-hop sensation by name.

The judge branded the claim “new issues” and halted further discussion at the hearing, suggesting it should be explored as a separate matter.