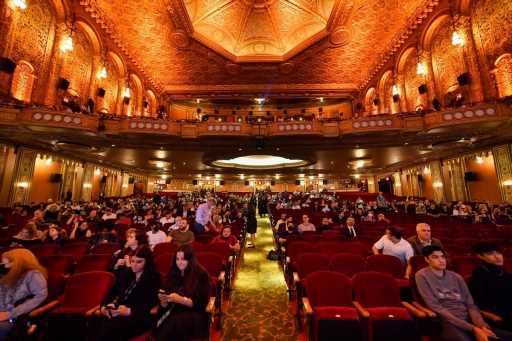 Broadway’s oft-stated efforts to reach beyond traditional audiences and its own mid-town environs seems evident in the choice of location for the 2023 Tony Awards: Rather than the usual theater-district and Times Square haunts like Radio City Music Hall or one of the major Broadway venues, the Tonys will be broadcast live on CBS from the United Palace in upper Manhattan’s Washington Heights neighborhood.

The 76th Annual Tony Awards will take place on Sunday, June 11, 2023, on CBS, and will stream live and on demand on Paramount+.

The announcement was made today by the American Theatre Wing and The Broadway League, presenters of the awards. Additional information, including host plans, will be announced in the coming months.

'Some Like It Hot' Review: Broadway Sizzles With A Musical Scorcher

“We are excited to bring the Tony Awards to the historic United Palace for the first time,” said Heather Hitchens, President and CEO of the American Theatre Wing, and Charlotte St. Martin, President of The Broadway League, in a joint statement. “As we celebrate the best of this Broadway season and 76 years of the Tony Awards, we look forward to ushering in a new golden age for the show from this majestic, golden age theatre.”

The United Palace opened in 1930 as one of five Loew’s “Wonder Theatres” – vaudeville and movie houses located in four boroughs and New Jersey. With nearly 3,400 seats, the United Palace is Manhattan’s 4th largest theatre, and hosts concerts, movie premieres, film shoots, and other events. The United Palace serves the Washington Heights community by showcasing the performing and visual art of local artists – many of them school children – and housing the non-profit Northern Manhattan Arts Alliance.

The Palace, an opulent and gorgeous venue in the tradition of classic movie and stage houses of the 1930s, is indeed located on Broadway, but, at the intersection of 175th Street, about 133 blocks, or just under 7 miles, north of Times Square.

The 76th celebration will recognize and honor Broadway productions of the 2022-2023 season. The Tony Awards is presented by The Broadway League and the American Theatre Wing.