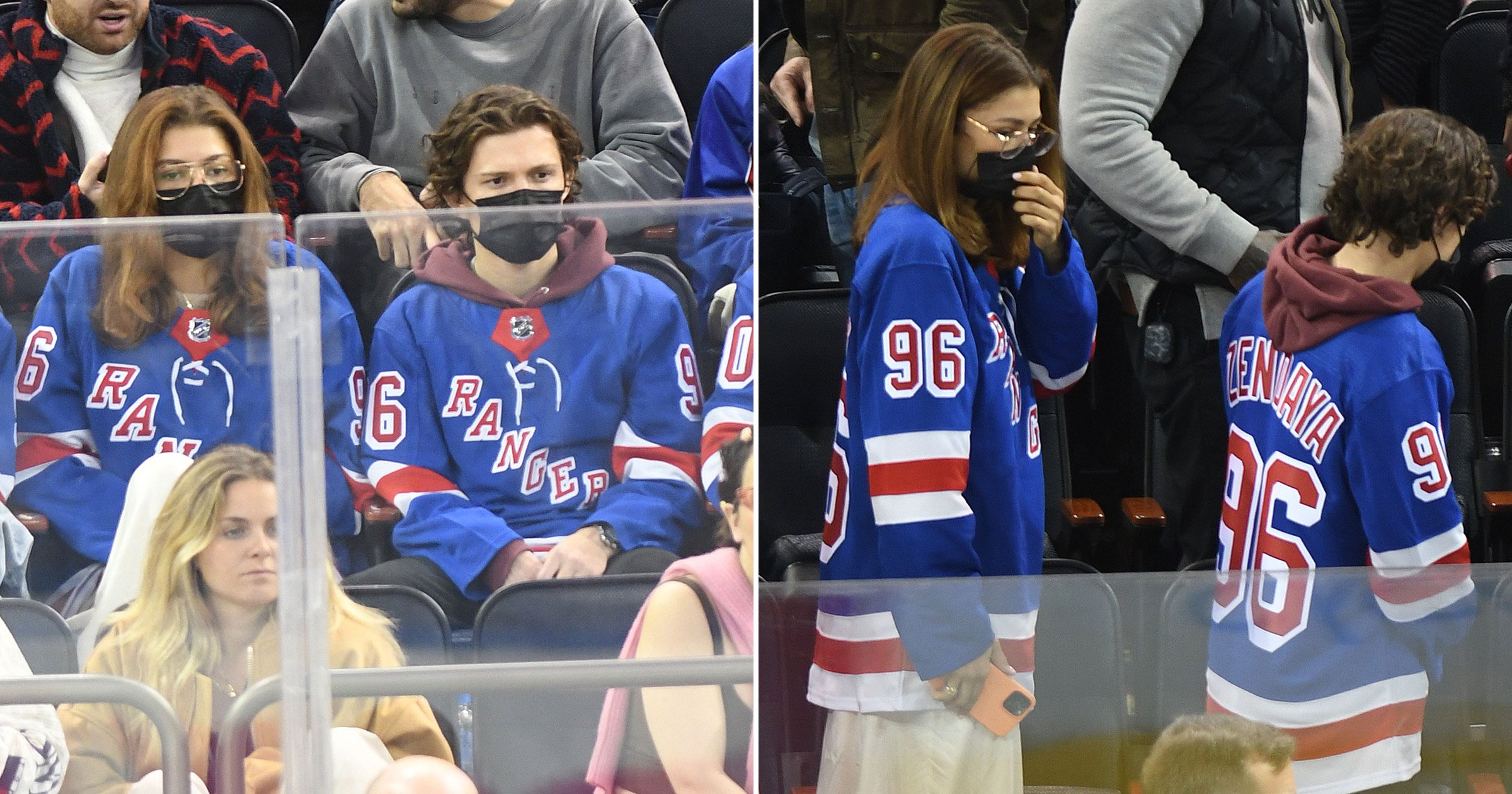 Zendaya and Tom Holland have secured themselves as the cutest celebrity couple ever as they were spotted wearing shirts emblazoned with each others’ names.

Tom and Zendaya cuddled up together at the game, which saw the Detroit Red Wings face off against the New York Rangers at the iconic venue.

The stars, both 25, wore the blue and red of the Rangers as they watched the fierce match, both engrossed in the action.

But rather than their Rangers shirts featuring the name of sports star, the pair instead wore shirts bearing each others’ names.

Tom wore the number 96 with the word Zendaya, while the Euphoria actress’ clothing boasted the word Holland.

They were accompanied to the venue by Tom’s younger brother, with the group pictured discussing the game, tucking into popcorn and pointing out clips on the screens.

Unfortunately for the Rangers fans, the team ended up losing 3 -2 to the Detroit Red Wings, but it appears the group had a savage day out all the same.

Before putting on her Rangers jersey, Zendaya opted for a cosy cream jumper and white skirt, paired with a black mask and thick glasses.

Tom meanwhile wore a maroon hoodie and black coat over his Zendaya shirt to keep warm by the rink and wintry New York air.

The ridiculously cute couple met on the set of Spider-Man: Homecoming in 2016, and their on-screen romance has since blossomed in real life.

Last summer the pair appeared to go public with their romance when they were pictured kissing in a car, and since then have spent several interviews talking about how great the other one is, which fans absolutely love.

It follows months – or in some cases, years – of speculation the Spider-Man co-stars’ friendship was more than platonic.

However a producer on the franchise recently revealed that she had specifically warned them not to start dating – and obviously, they didn’t listen.

Spidey producer Amy Pascal revealed to The New York Times: ‘I took Tom and Zendaya aside, separately, when we first cast them and gave them a lecture. Don’t go there — just don’t. Try not to.’

Amy’s advice was coming from experience, as she said the same thing to Amazing Spider-Man co-stars Andrew Garfield and Emma Stone when they were first cast in 2012.

Spoiler alert: They didn’t listen, either.