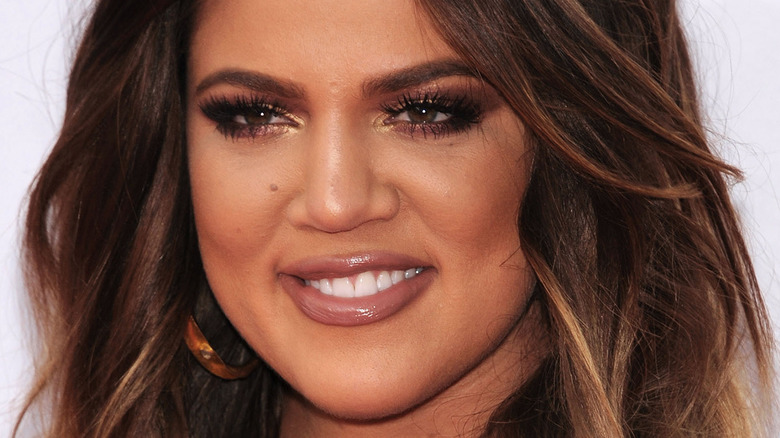 How tall is Khloé Kardashian really? That depends. Is she barefoot? Or is she wearing heels? The reality star recently got into a Twitter discussion about height and the illusion of it that has left us all a bit dazed — mostly because we didn’t know that so many details were necessary. But now we’re absolutely convinced that they are. Just so you’re aware, Khloé Kardashian recently tweeted to her followers that when she opts for heels, “I’m def over 6 feet.” After an informal investigation into the model’s Instagram account, we can unofficially confirm that heels are a semi-permanent appendage to her body. There are two exceptions to this rule, the first being when she’s rocking Nike sneakers, and the second being if she’s in a bathing suit, and even sometimes then, she’s in heels (via Instagram).

It follows that most of the time, Kardashian is over six feet. And if you’re asking yourself why, in some of her Instagram pics she doesn’t look her height (for example in this one, where she’s pictured next to Kylie) … turns out, that’s intentional. Kylie, per Khloé’s recent tweet, is between 5’7″ and 5’8″. When the sisters take photos together, Khloé (she also explained this to a curious Twitter follower), doesn’t “wanna look like a giant standing next to her.” Following so far? As we said, it’s a lot of details, but we’re totally here for it. This is how Khloé Kardashian adjusts her height during photo shoots.

But really, how tall is Khloé Kardashian? 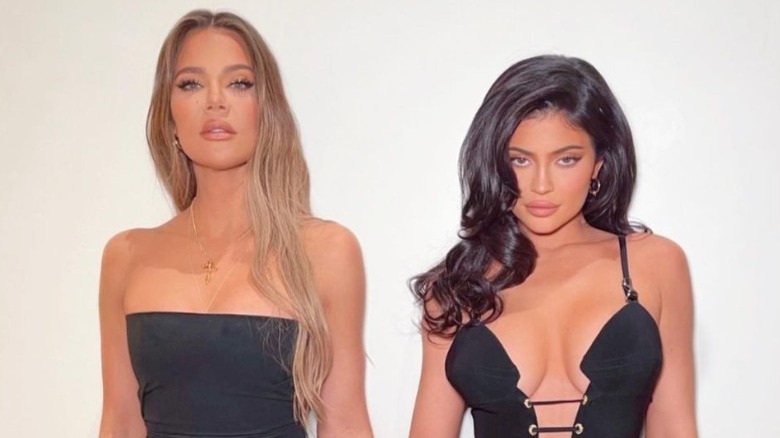 To change her height in photos, Khloé Kardashian changes her position. As she explained via tweet: “So on the pic next to Kylie I am leaning back on the wall and my legs are kind of staggered forward so I’m leaning so I look a little shorter.” Another one of her Twitter followers added that the “cropping of the image” (via Twitter) also contributes to the illusion of height, and Kardashian promptly agreed. There you have it: pro tips from a model who’s spent the majority of her adult life in the public eye.

If you’re dying to know, after all this, how tall Khloé Kardashian is, sans heels, she recently tweeted that info to the world, too. “I am between five 9 1/2 and 510 thank you very much. Ok really 5’9.5 but I think 5’10 sounds nicer,” Kardashian wrote. And while she sometimes adjusts her height to accommodate her sisters, she also embraces it. “I’m tall and fabulous. That’s what it equals,” the tall and fabulous model tweeted when one fan asked her to convert her height into centimeters. For the centimeter curious, Kardashian is a little under 177.8 centimeters tall.