Kaitlyn Bristowe is supposedly co-hosting Michelle Young’s season of “The Bachelorette” alongside Tayshia Adams, according to a tweet by Reality Steve. Bristowe got her first official taste of hosting the show for a full season when Katie Thurston was handing out roses, and with news that Chris Harrison has parted ways with ABC, according to Deadline, producers evidently decided to bring her back for more.

Bristowe, who got engaged to her beau Jason Tartick back in May, according to Vulture, currently calls Nashville home along with Tartick, and their two rescue dogs, Ramen and Pinot. For the time being, however, she’s in California — more than likely getting ready to film “The Bachelorette.” Both Bristowe and Tartick have fairly busy schedules that are filled with various amounts of travel, and now, they are planning a wedding, too! “The process has started. We are full speed ahead which is so exciting. And we’re both so excited about the next steps of our lives,” Tartick told People magazine in early July.

And while things seem to be going so good for Bristowe, she actually broke down in tears on her Instagram Stories on July 17, according to Page Six. Keep reading to find out why Bristowe was so upset. 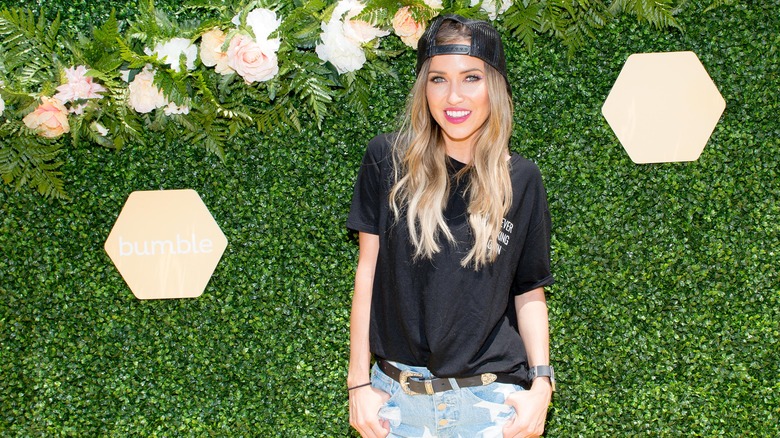 Kaitlyn Bristowe has been fairly open about her struggle with anxiety, according to Entertainment Tonight. The “Dancing With the Stars” champ has shared some very candid, emotional moments with her Instagram followers over the years, and July 17 was no different. Bristowe was having a hard time being away from her fiance and their dogs, but also was thinking about the fact that she hasn’t been back to Canada — her home — since before the coronavirus pandemic. “It’s so hard sometimes being away, like, I mean I haven’t been back to Canada in two years. I was FaceTiming my dad today, and I’m just feeling so lonely,” she said on her Instagram Stories, according to Page Six.

Bristowe also shared that Tartick was on a family vacation that she wasn’t able to attend due to her work commitment. “I was supposed to be there and I couldn’t cause of work stuff, and I’m just missing them and I miss the dogs and I’m just having a moment and, uh, I need a show to cheer me up,” she said with tears in her eyes. Thankfully, however, Bristowe is feeling much better. On July 18, she posted a photo of herself on Instagram with a big smile across her face. “In bed feeling depressed one day, up and feeling like a million bucks the next. Hell of a mind f*** if you ask me. Just goes to show you never know what tomorrow will bring,” her caption read, in part.