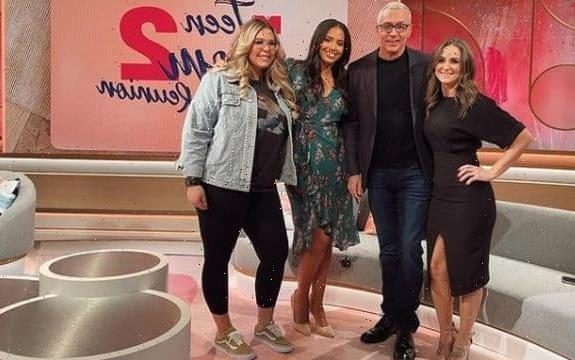 In recent years, you might have noticed that MTV is out of ideas and seems to be running low on content.

Meanwhile, Jersey Shore Family Vacation is the network’s highest-rated reality show despite steadily declining viewership numbers and frequent fan complaints that nothing much happens on the series.

And then there’s the Teen Mom debacle …

Both of the franchise’s flagship shows are way, way (you might want to add a couple more ways in there) down from the peaks they reached around the time of their second and third seasons.

(It’s not uncommon for reality shows to struggle in their freshman seasons and then thrive in the years that follow as word of mouth builds.)

But for the time being, we’ll focus on Teen Mom 2, which just closed its tenth season with very dismal numbers.

Teen Mom 2 ratings were lower than ever at the start of this season, and they’ve been on the decline ever since.

As The Ashley’s Reality Roundup reports, the show’s series finale and both installments of its two-part reunion special failed to reach the 500,000 viewers threshold.

The site reports that both reunion episodes brought in 470,000 viewers.

The season finale performed even worse than that, earning a paltry 420,000 live viewers.

To put all of this in perspective, TM2 routinely drew in 2 to 3 million viewers in its heyday.

Just two seasons ago, the show would regularly break the 900,000 barrier — though by then it was already failing to hit 1 million.

But the precipitous drop-off that Teen Mom 2 has endured over its past two seasons is exceedingly rare.

According to The Ashley, MTV execs are furious that one of their most valuable properties has fallen into such disrepair.

“The production company recently got in a lot of trouble because the ratings of the show are so bad,” one insider told the outlet.

MTV reportedly believes that the stars of the show have been given too much control because of their friendships with producers.

As a result, incidents such as Kailyn Lowry’s arrest on domestic violence charges were never even mentioned.

Generally, when you’re producing a reality show, it’s a good idea not to gloss over the most dramatic incidents in the stars’ lives.

But as viewers know, Teen Mom 2 blurs the line between stars and producers in a way that no other series has before or since.

It was a gamble putting the producers on camera and having them play such major roles in the show’s storylines — and we think it’s safe to say that gamble has not paid off.

As for the fate of the show, it seems that against all odds, Teen Mom 2 has been renewed for an eleventh season.

And remarkably, no changes will be made to the cast.

So the current ladies will be back for at least one more go-round — just don’t be surprised if it’s their farewell season.