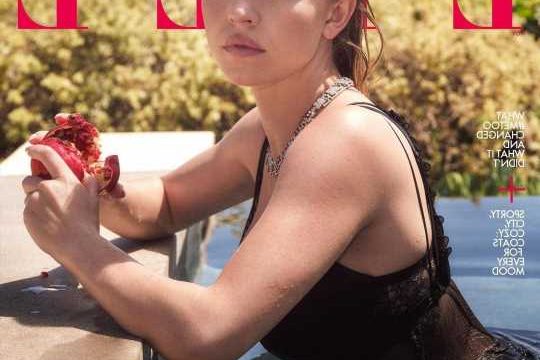 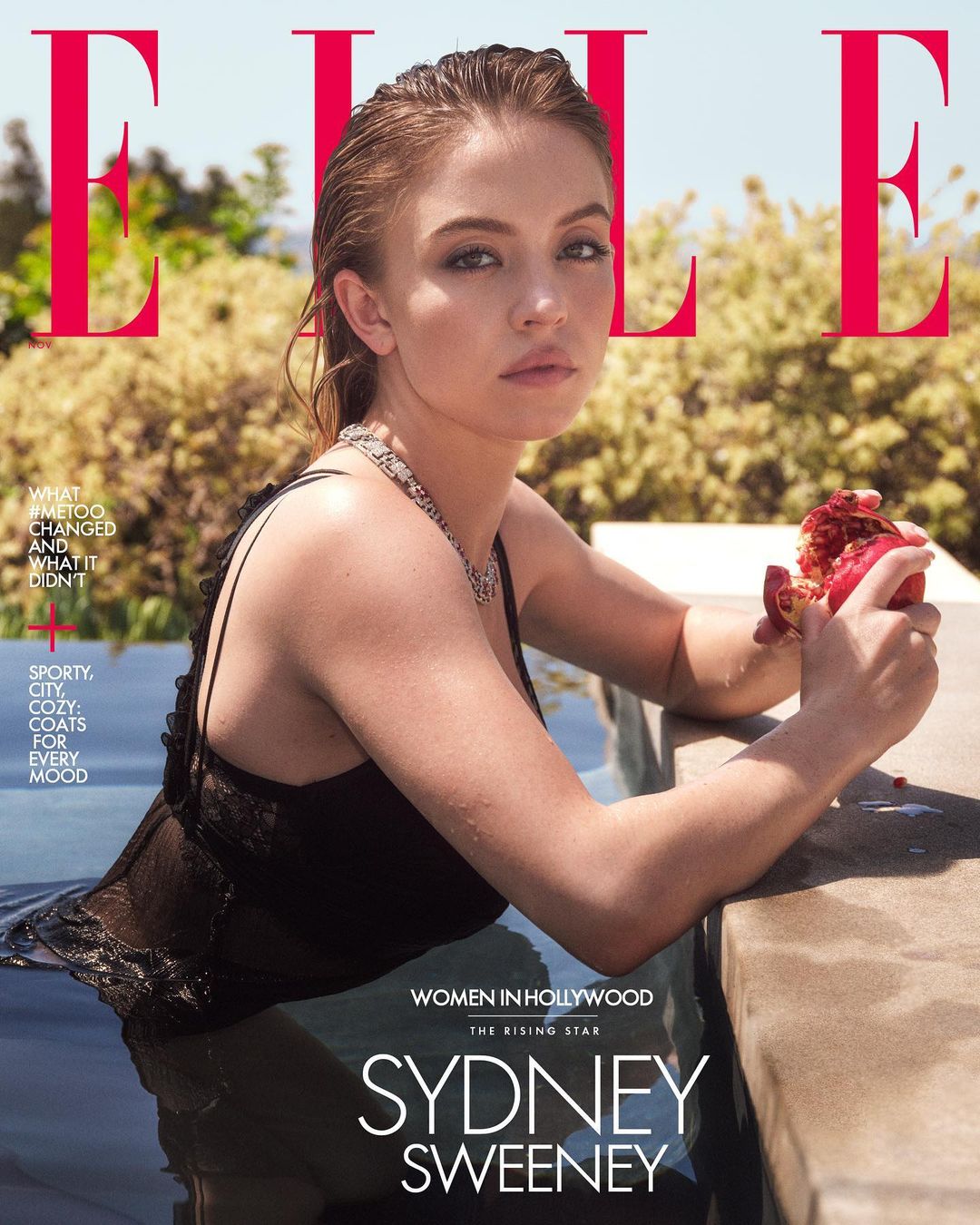 It’s been a minute since an It Girl like Sydney Sweeney hit the scene. By that I mean, she’s not a nepotism baby and she genuinely worked hard and was on the grind to make it happen, and it did and now she’s right on the edge of becoming very A-list. Sydney is in Euphoria, she was Emmy-nominated for The White Lotus and she’s now part of the MCU with a role in Madame Web. I’m rooting for Sydney because I admire her for being honest about how much she grinds, how much it costs to be where she is now and how it’s not all fashion shows, big paychecks and free clothes. She’s 25, she just bought her first house (she put up the wallpaper herself) and she’s one of this year’s Elle Magazine Women of the Year honorees. Some highlights from her Elle cover story:

Her first big break in ‘Sharp Objects’: “I learned that I thrived on hectic craziness. I knew that this was my dream, that my dream was coming true—and I was going to work even harder to make sure that I kept building the career that I wanted.”

Working on Marvel’s Madame Web. “I fought for the character. It’s been a really incredible journey that I’m very, very excited to be a part of.”

On her Emmy nominations: “I wasn’t expecting it. I was in a fitting for Madame Web, and when I came out of it, my phone was blowing up. After, I posted the video of my mom and me crying on the phone. It’s been more than 10 years of work and a lot of sacrifices and people telling me no. The nominations were really meaningful because I hope that my parents are proud, because they gave up a lot of their lives and themselves to be able to help me pursue my dreams. It also means a lot that I’m playing characters that resonate with viewers, and characters that challenge me as an artist. It’s an amazing moment.”

On her biggest goal: “I’m in a really, really fortunate position to be able to love the job that I have, but I also know that I can fall out of love with it. And I want to continue finding my love through the people I work with, the characters that I get to play, the people I get to meet through the projects that I’m fortunate to be able to be a part of. So I think it’s mainly being able to stay in love with what I do.”

On the sexualization of Cassie (on Euphoria): “I was highly sexualized in high school because I had boobs. It’s kind of funny: What was being said about Cassie in Euphoria, the public then decided to do to me in real life. Which I thought was so crazy, because we were trying to show a character who was so hypersexualized, and what could have been the cause and effects for her. And they just continue to do it.”

On having a family: “Ever since I was little, I’ve always wanted to be a mom, and I love kids. I love their imaginations and think they’re a beautiful source of light. And I think that it’s the most normalcy that I’ll be able to achieve in my lifetime… I was asked if I wanted to have a family and I said yes. And then I was asked why I didn’t have one yet, and I was like, I don’t have time to take even, like, a six-month break. Like, I don’t have time to be able to start this family. I’m working so much and I’m focusing on that right now. And so it was kind of skewed with the public and taken out of context, which was insane to watch and kind of disappointing, too, because I think that being a mother, and a working mother, is really important. I really want to achieve that one day.”

On her family’s support: “People like to say they support you and they want to see you succeed. But I find that a lot of them are actually just waiting for your downfall. My family is who was there for me before I was anybody. And when I see them, I’m still Syd, and that is what’s important to me. They’ll always be there for me, no matter if I want to act tomorrow or quit.”

I think the comments about her family are somewhat pointed, especially given the “backlash” on social media over her mom’s hoedown birthday party. The photos Sydney and her brother posted from the party definitely had some MAGA-adjacent imagery, although (again) who knows what Sydney’s politics are. I think her comments about wanting to have a baby but not really having the time or money to do so are quite honest too – people assume that HBO actors are rolling in money, but she’s made it clear that she truly doesn’t have the kind of money to take any extended time off. 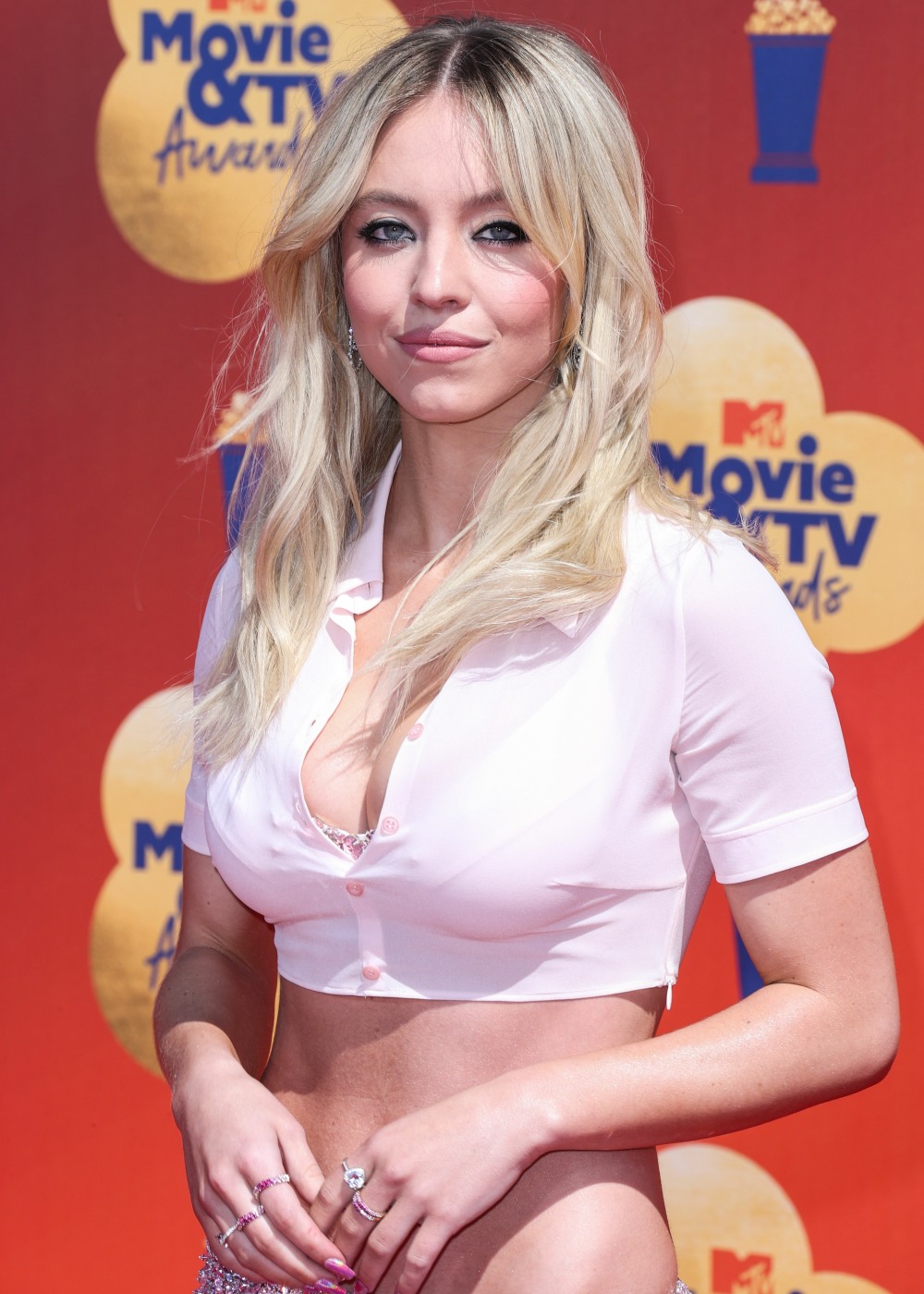 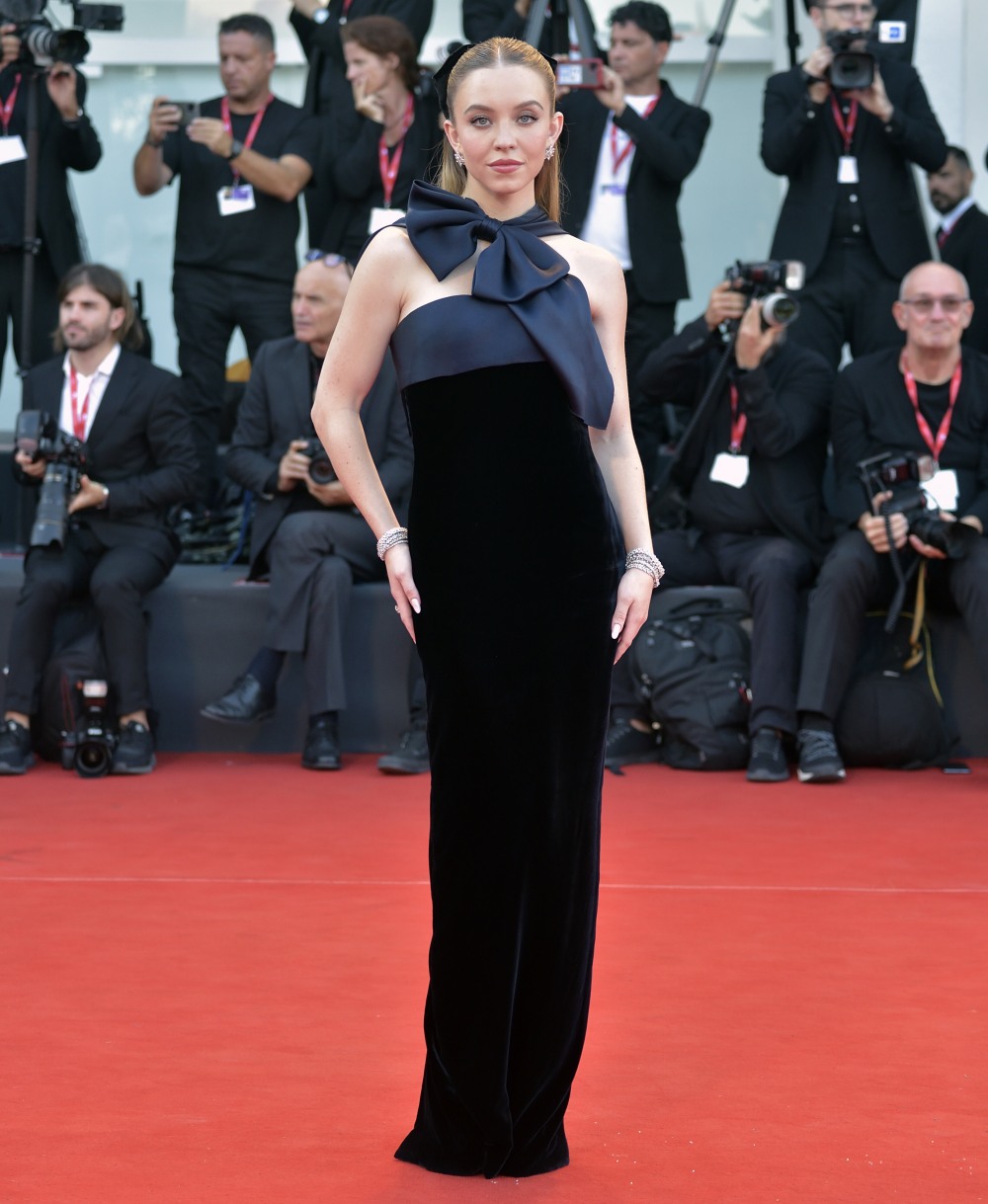