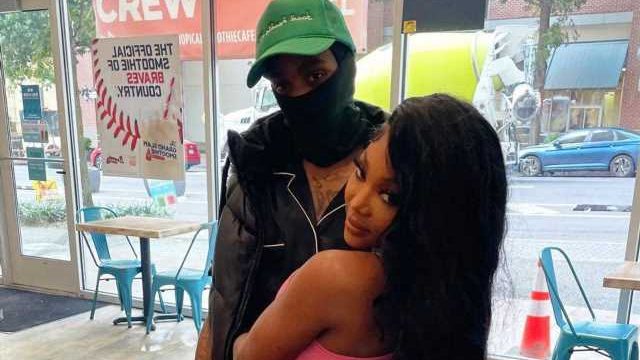 Fans believe that the ‘Still Over It’ artist feels uncomfortable when the ‘Bing Gangsta’ spitter puts his hand around her during a conversation in a nightclub.

AceShowbiz –Summer Walker‘s boyfriend appeared to have responded to a video of Kevin Gates getting touchy with her in a nightclub. After the said clip went viral, LVRD Pharoh shared a cryptic message on social media that fans thought was his response to the debacle.

The footage that made its way on Twitter showed Kevin sitting next to Summer. The “Big Gangsta” rapper put his arm around the singer when he pulled in to speak directly in her ear. The “Still Over It” artist, however, was seemingly uncomfortable with the emcee’s gestures.

Kevin has since come under fire over his act. One user in particular argued, “Read her body language: she is gently pushing him away and she’s also gently pulling her hand back. He keeps grabbing her hand…. She isn’t feeling that. This actually makes me look at him differently now.”

“This really giving vibes of those n***as that give knowledge and think every girl want them so they feel entitled but when sis got boundaries they like what’s wrong baby it’s me,” another fumed. “IDC GOODBYE AND DONT TOUCH ME.”

A third, in the meantime, raged, “Yeah ima Kevin Gates fan and I do not like the Summer Walker interaction video. She clearly pushed his hand off of her shoulder and repeatedly pulled her hand from his grip. F**K IS GOING ON KEVIN?!”

While some people were angered by the video, LVRD Pharoh remained unfazed. Taking to Instagram on Friday, March 25, he shared some photos of him and Summer. He simply captioned the post by writing, “She Good Bro.”

Back in October 2021, LVRD Pharoh trolled some “weird rappers” who have DM-ed his girlfriend. “I see all you weird rappers in my girls dm [two crying laughing emojis],” the artist penned on his Instagram Story at that time. “We laugh at yall together.”