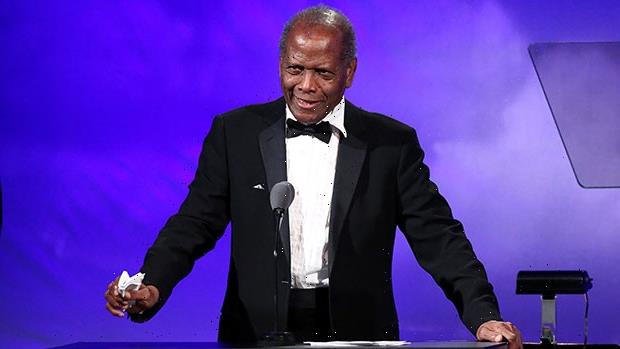 The film industry faced a tragic loss. Famed actor Sidney Poiter passed away at the age of 94 on Friday January 7.

Sidney Poitier has reportedly died at 94 on Friday January 7, via The Independent. The actor was famous for his powerful performances as well as his later career as an ambassador. He also was the first Bahamian and African American to win an Academy Award in 1964 for Lilies of the Field. The actor’s death was shared by Bahamian Minister of Foreign Affairs Fred Mitchell, and no cause of death has been reported yet.

Sidney was born in Miami, Florida on February 20, 1927. His parents were actually from the Bahamas, where he would grow up with limited education and exposure to the world outside of his family’s farm. The family moved to the Bahamian capital of Nassau when he was 12 and then he saw his first movie. Sidney’s father encouraged him to move to the United States since he was already a citizen so that he could provide for himself.

After a brief stint in the Army, Sidney found the American Negro Theater in New York City. He worked as a janitor in exchange for acting classes. One night Harry Belafonte could not go on and Sidney was called in to perform where he impressed the audience and landed his first official stage role in Lysistrata, which he followed up with Anna Lucasta. Sidney finally made his on-screen debut in 1950 in No Way Out. 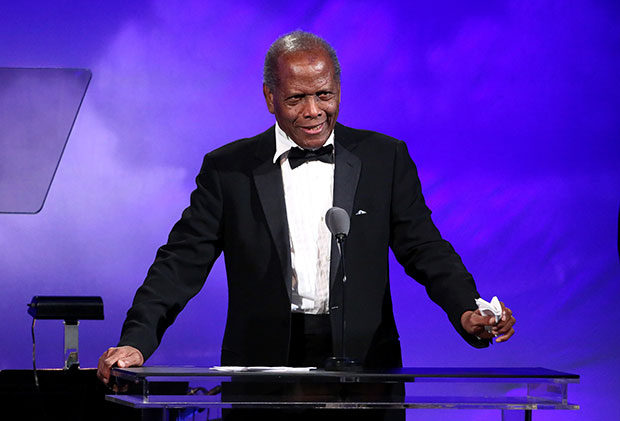 Sidney left a profound mark on Hollywood through his work in films like Cry, The Beloved Country, Blackboard Jungle, A Patch of Blue, and Raisin In The Sun. He became of a bona-fide movie star appearing along side Tony Curtis in The Defiant Ones and Spencer Tracy and Katharine Hepburn in Guess Who’s Coming To Dinner. Sidney continued making movies until 2001. His final acting appearance was in the TV movie The Last Brickmaker in America. He continued to make appearances in various documentaries and specials, like when he presented the Academy Award for Best Director at the 2014 Oscars.

Sidney has been honored by President Barack Obama with the Presidential Medal of Freedom in 2009. He received a knighthood from Queen Elizabeth II of the United Kingdom in 1974. He always maintained a duel citizenship with the United States and the Bahamas and was asked by the island nation to serve as an ambassador to Japan 1997.

He also served as the Bahamas ambassador to the United Nations Educational, Scientific, and Cultural Organization. On top of all that, Sidney wrote several books including his spiritual autobiography called The Measure of a Man. He married Juanita Hardy in 1950 and they had four daughters. The couple divorced in 1965 and Sidney married Joanna Shimkus in 1976. They had two daughters together.